For those of us growing up in Germany, Hannover was the mythical source of High German, the German that most of our teachers used, that all of the newscasters spoke, and that somehow always sounded condescending to me. In my mind’s eye, Hannover was a clean, sleek, orderly city that had the business acumen of my hometown of Frankfurt, but lacked the gritty character. Lacked character of any kind, actually. 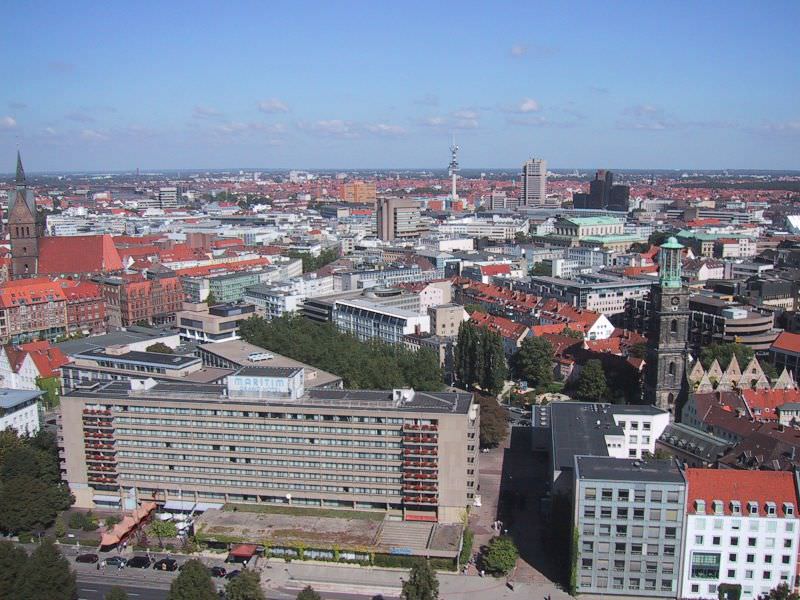 The truth is that Hannover, located in north central Germany with a population of 523,000, did begin as a crossroads between important places and eventually grew into an important town and city in its own right. The Electors (Dukes) of the city were Kings and Queens of England and the House of Hanover is still talked about today as having a great influence on the world through the monarchy. Even the rulers, though,  seemed to be pleased to be out of Hanover: they rarely returned home and spent most of their time governing the world rather than visiting the old family home at elegant Castle Marienburg in the “waystation” on the plains of Saxony.

Perhaps Hannover’s lack of a history dating back to Charlemagne helps remove it from the classic, standard model that German towns and cities share with each other. What was “old” in Hannover was reduced to rubble by the Allies in WWII — all that you see was built after 1945, no matter how close it resembles the past. Like Hamburg, Hannover is aware of its unique stature in Germany as a city that makes its own history. 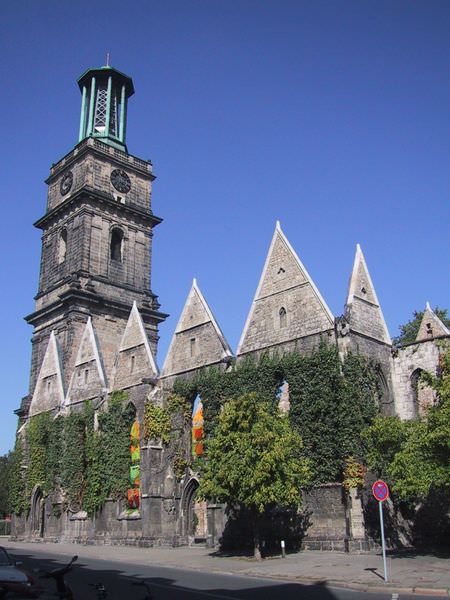 The city has an impressive line-up of traditional and modern festivals — such as the annual Fireworks Competition — that draw thousands each year. The Spring Festival and October Festival are classically German (beer, potatoes, bread), but have a different feel to them than similar festivals in other towns — is it the High German thing? – the British Crown? Not sure.  There is a World Music Festival in Spring/Summer, Masala, a festival around Lake Maschsee in summer and CeBit, the largest computer-oriented expo in the world in March. There are several other festivals in summer, including a rubber ducky race, making Hannover a fun and light-hearted place to be during the muggy summer months.

When not dealing with constant festivities, Hannover busies itself with other, more important matters. Before and after the World Expo in 2000, Hannover’s streets, trains, buses and taxis all fell quietly into a supremely efficient, unobtrusively punctual rhythm to suit the needs of the watch-watching business class of Germany’s most business-minded city. Businesspeople value parks, it appears, as Hannover’s green spaces seem to take up more room than the “old city”, business district, and pub alleys combined. The flat, easy to use city-scape allows for bike rides, leisurely walks and roller-blading around the city. Hannover’s Great Garden is a beautiful replica of Versailles and is also the site of several summer festivals.

And don’t forget this is still Germany and Hannover, although a child to some, is still more than 600 years old. The architecture of the town mixes the eye of artists like Niki de Saint Phalle (visible in her works “the Caves” in the Great 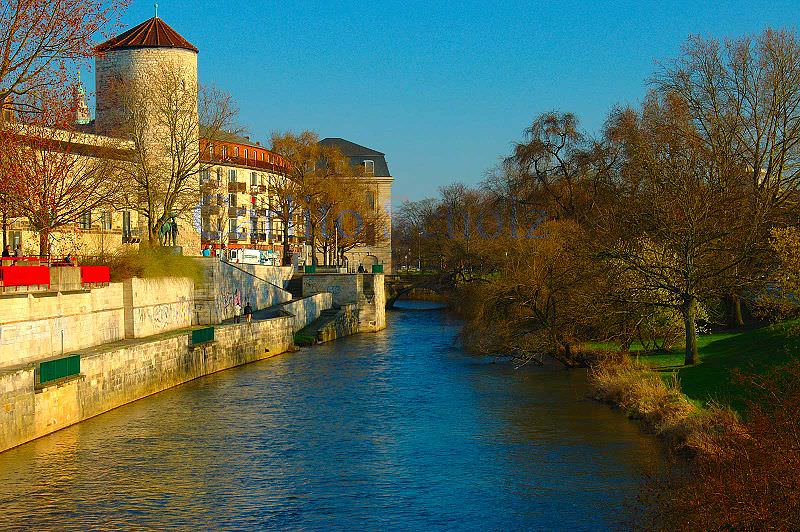 Garden and “Nanas”) with the sensible German-style famous the world over. Speaking of sensible Germans, Leibniz, Newton’s contemporary and one of the greatest minds of the Enlightenment lived here and his home, the aptly named Leibniz House, is on display as well as the scallywag-adventurer-bard Baron von Munchhausen’s home just outside of the city.

Hannover seems like a great place to live. Close to anywhere in Germany, Hanover offers a good line-up of beers and great festivals at which to drink them.  The area enjoys very good weather and the people speak beautiful German, for crying out loud! The green spaces outnumber the gray and there seems to be enough business to go around, even for outsiders. Unfortunately, if you’re reading this, you are probably just heading out for a week or maybe a month long visit to Germany. In any case, if you’re in the area in the summer months check out the gardens and watch the fireworks display, it’ll be a great break from all of the morbid castles and lists of dukes and barons and kings that dominate Germany’s history.

Hannover is not a hard place to travel around, once you have an eye for the place and understand the layout with the help of some local landmarks you should be able to navigate around with ease. You can cover a lot of the city on foot but be sure to stick to popular and familiar areas after dark. If you wish to traverse greater distances across Hannover there are a number of transport options. Hannover has a fantastic Light Rail system that can transport you around the city with ease. Travel cards can be bought in advance for multiple journeys. There is a city wide bus system where passes can be attained to include multiple journeys. There is also the option to use Hannover Taxis, where a knowledgeable driver can offer ideas for places to visit. What ever method you use to explore Hannover make sure you see as much of the city as your can.