Gdansk is a gothic, seaside city with everything painted grey and gilded with gold. A former fishing village, it is now a major seaport of almost half a million inhabitants located on the Baltic Sea.

I visited the city in mid-June and the weather was beautiful, making it perfect for strolling along Gdansk’s waterfront. The waterfront is perhaps the most entertaining aspect of Gdansk, though traditional Polish restaurants, pubs, artisan shops, and a variety of sites can be found along its cobblestone streets.

The view of the waterfront is comprised mostly of the delta of the Vistula River, the longest river in Poland. The tall, green grasses of the delta are dotted with the blue of the bay. There’s an endless amount of waterfront activity, from massive ships coming and going to fish mongers selling their freshest of the fresh seafood. Cobblestone bridges span the city’s canals and there’s even a restaurant built on one of them that is known for serving incredible seafood. 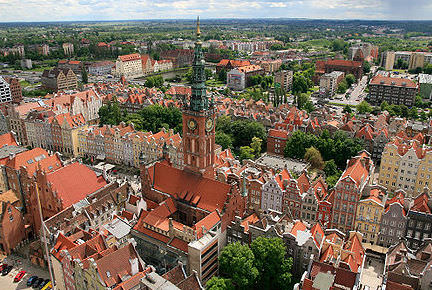 I recommend visiting the truly stunning St. Mary’s Church. Purportedly the world’s largest brick church, with seating for 25,000 people, visitors can climb over 400 steps to the top. The journey is not for the feint of heart, since some of the twisting staircases are very steep. I was amazed to find myself actually inside the rafters of the massive church where I could see many of the ornate details from the inside. An elevator also takes visitors for a small fee. 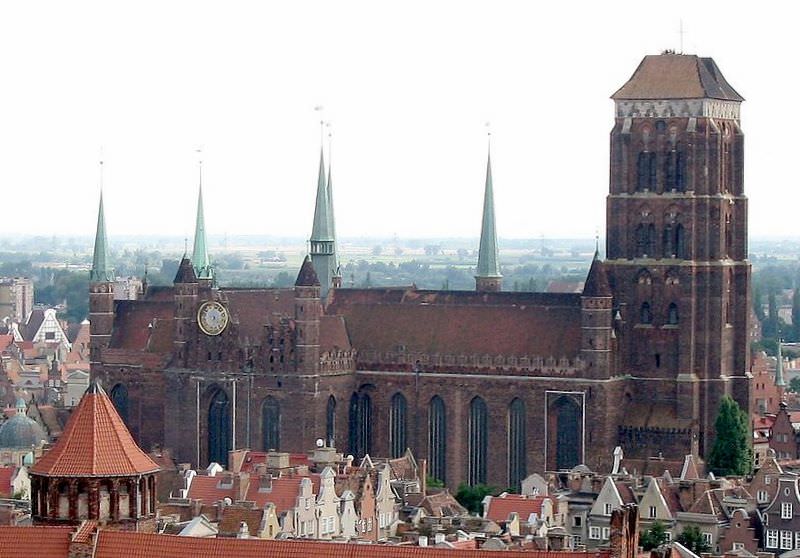 The tower of the church is 76.6 m high and can be seen from everywhere in the city. It has a flat top and, according to legend, a giant named Stolen used to come to the city and use it as his seat. The observatory platform is very intimate, and I had to wait my turn to climb the last few stairs and take it all in. Fortunately, even in June, the church was not overrun with visitors. Once on the church’s roof, views of the entire city and the coastline are absolutely breathtaking.

Another church worth visiting is the Cathedral of Oliwa, which has an enormous organ with 1110 chords and more than 7,800 pipes. The cathedral also houses incredible tombs and art.

The National Museum in Gdansk, located in the Old Suburb, displays Gothic art from the 15th Century. Most famously, the collection includes Hans Memling’s The Final Judgment, which has been stolen by multiple nations (Napoleonic troops, Nazis, and Russians have all carried it off), yet Gdansk retains its rightful ownership of the painting. The building that is now the National Museum was formerly a Franciscan monastery and fever hospital. The explanations of the artwork are, unfortunately, only in Polish.

Neptune Fountain, featuring Neptune with a trident in front of Dwor Artusa, symbolizes Gdansk’s relationship with the sea. And another feature of the city is its entry gates; built as fortifications against invasions from the sea. Be sure to follow what was once the Royal Way, used for state processions, which goes along Dluga Street (Long Street), starting at Upland Gate, one of the entrances to the city. 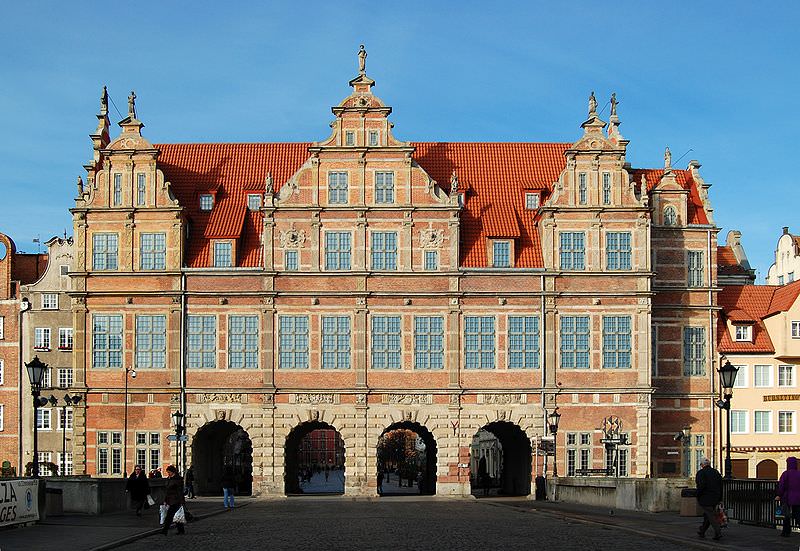 The Gdansk shipyards (Stocznia Gdansk) are northwest of the Old Town, an area of Gdansk that is not particularly attractive. Known as the Lenin shipyards during the Soviet era, the Gdansk shipyards were the birth place of the Solidarity protest movement of the early 80’s. And it was Solidarity’s dynamic, courageous leader, Lech Walesa, who was subsequently elected President of Poland in 1990.a

Final Note: Gdansk is where WWII started. At Westerplatte, a small Polish garrison famously held out for six days against an extensive bombardment.

In Gdansk we will find many symbols of the past. Nevertheless, there is no shortage of it as such elements, which testify to modernity. The city is full of amazing places, such as restaurant Szafarnia 10, where you can enjoy delicious seafood and fish, but also to meet with friends or business meeting. Therefore, it's definitely worth to go there.