I went to Garmisch Partenkirchen the first time with my father, a soldier in the US Army, and we spent a week wandering around the old market square of Partenkirchen and gazing up at the snowy peaks beyond Garmisch. The small, alpine twin-city on the romantic road in Germany was merged for the 1936 Olympics and after that one event, people from all over Continental Europe showed up to hike, ski, eat 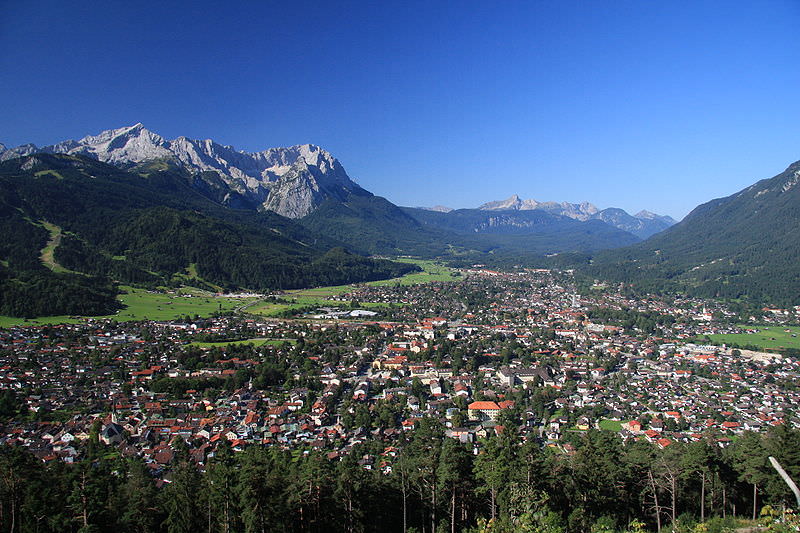 Bavarian cuisine and relax in the invigorating heights for a while.

The towns are very different, with Partenkirchen the more historic of the two (founded more than 800 years before Garmisch). The homes and buildings of both towns are in the classic Bavarian style and are covered with frescoes and, depending on the season, a blanket of snow or curls of flowers. The town survives solely off of tourism, so virtually every street has a small guesthouse, B&B and restaurant catering to those who love the heart, pork and potatoes and beer cuisine of alpine Bavaria. Some good places to check out while in town are the historic town centers, the Werdenfels Ruins, the Spielbank Casino, one of the many local churches or the Michael Ende (author of the Never Ending Story) Kurpark and spa center. 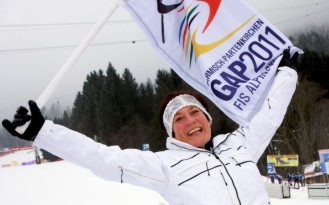 Because this resort town is only one hour away from Munich and well-connected via rail or car, the crowds can get heavy during the high summer season and also in the winter season just before and after Christmas. Both summer and winter have their own special draw: in winter, the guesthouses are lively places with steins of beer and roast pigs while the mountains are alive with the hot cocoa culture of the snow sportsman. In 2011  Garmish Partenkirchen hosts the FIS Alpine World Ski Championship. In the summer, the many hiking trails around the area are somewhat crowded and the Partnach Gorge — a slash in the mountains created by the Partnach River — is the most popular sight.

The nearby Zugspitze, Germany’s highest mountain, is one of the attractions that spans all seasons. You can take a train up to the top and a cable car back down or if you are a skier, the mountain and its attached shoulders have year-round glacial snow and provide some of the best skiing in Europe.

This town is also a part of the Romantic Road — a collection of towns most non-Germans would describe as being “very German” — and can be included on a trip north to Rothenburg ob der Tauber, or south to Neu Schwanstein. When we were here we took a look at the Olympic Ski Jump just outside of town and went to visit some of Ludwig II’s castles and homes including Linderhof and Neu Schwanstein. From there we headed south to Innsbruck, one of the most beautiful towns I have ever visited, just across the border in Austria. 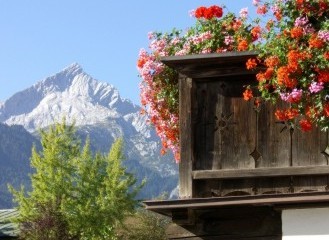 If you are not interested in following the Romantic Road in either direction, you can stay in Garmisch-Partenkirchen and enjoy some of the close-by excursions or become a member of the growing club of “Wellness Tourists” that flock here during any season to cure existing ailments or protect themselves from possible future problems. The spas, crisp air and clean, clear water of this region give rise to a whole new cuisine as well as the opportunity to shed the stress and grime of the city life. Hike into the Oberammergau Alps and get a taste of that good mountain living through local B&Bs and entertainment — be it lederhosen and dancing or one of Germany’s oldest continuous plays, The Passion Play.