Our Love Affair with Porto

On our final morning in Lisbon, we meandered along the winding cobbled lanes of Alfama and leapt aboard a three-hour train ride north to Portugal’s second largest city: Porto. It would be a tough act to follow after such a rich and magical time in the City of Seven Hills, but Porto proved equally stunning and memorable ant there are many fun things to do in Porto. We soon began our love affair with Porto, Portugal.

If you want something a little more relaxed, you can also take a look at these Yoga Retreats in Portugal – some of them are located near beautiful Porto.

Fun things to do in Porto 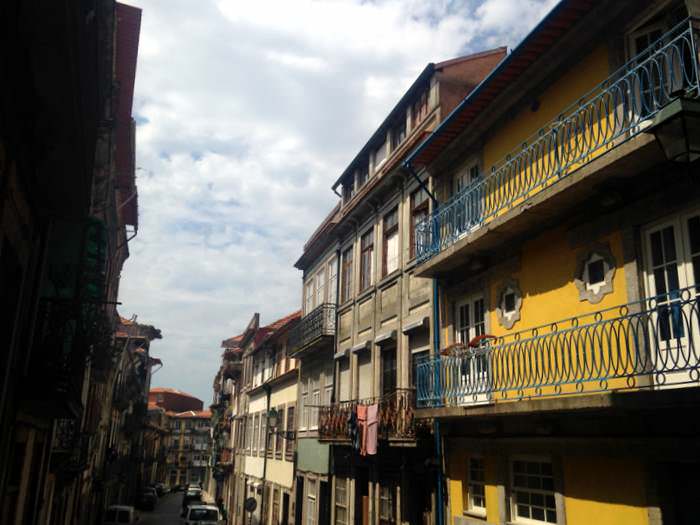 Fun Things to Do in Porto – Discover Portuguese History

Porto is a UNESCO heritage listed city, and for good reason: the place is a cluster of Romanesque, Gothic, Renaissance, Baroque, neoclassical and modern architecture, all in one manageable, if not hilly, locale. It’s earliest inhabitants, the Phoenician traders of 8th century BC, inspired this incredible hub: spread over two banks, its stunning tiered urban landscape hugs the hillsides overlooking the sparkling River Douro, a stunning waterline that snakes beneath monumental bridges all the way out to the dramatic whitewash of estuary breakers and the endless horizon of the Atlantic.

>>Take a look at these 20 Things to Do, Eat, and Drink in Porto, Portugal 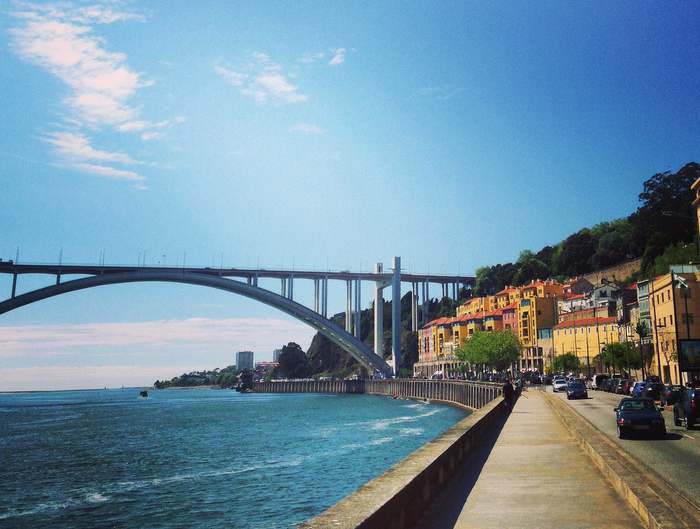 Porto’s bridge to the estuary

Where to Stay in Porto

Arriving on a sleepy Sunday afternoon, we set up shop in our apartment in the Bolhao neighborhood, on the northern bank, not far from the Praca da Liberdade: a grand central space lined with ornate 18th-century buildings, once Porto’s political, economic and social center. We curled around to the Sao bento station with its ornate interior hall full of azutejo tiles, and it was a pleasure to notice that the bars and cafes of Porto sported the same 1950s-esque neon signs that we also saw in Lisbon.

It was an afternoon of lackadaisical wandering, beginning along Rue das Flores, where the cloistered lanes fork and narrow, and centuries-old tenements and townhouses coddle in historic splendor. The old town then spills into the glorious Rio Douro esplanade, the medieval Casas de Ribiera: under the roasting sun, we pulled up a pew by the shimmering river, drank cold Super Bock, and mopped it up with plates of oil-drizzled chorizo, locally caught sardines and bacalhau. 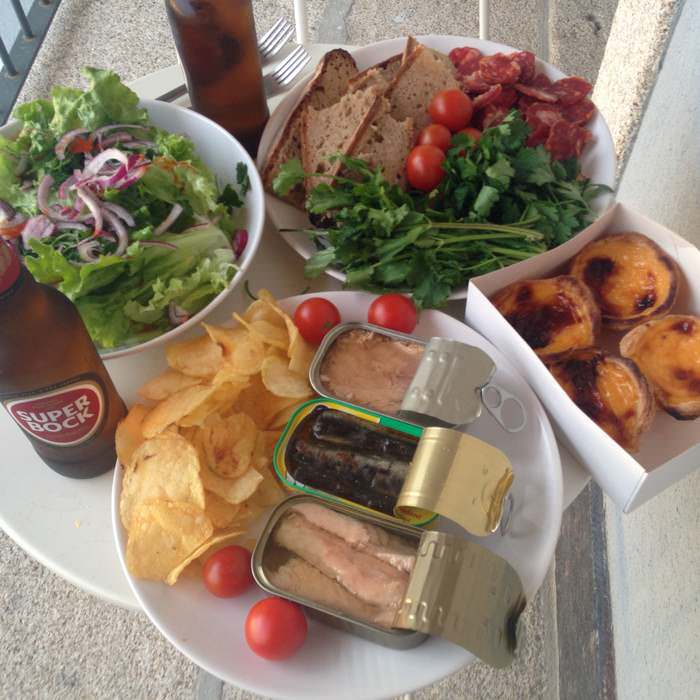 It is often said that if Lisbon is where the money gets spent, Porto is where the work gets done. Lisbon for me was love at first sight. Geographically, and vibe-wise, it was a showman and a songstress: it opens up and welcomes you in immediately. In Porto, everyone’s invited, but you need to ease your way in – it seems to disperse its glory in increments, a little more button-lipped, somewhat demure; perhaps more introspective: humble, low maintenance, enduringly beautiful. 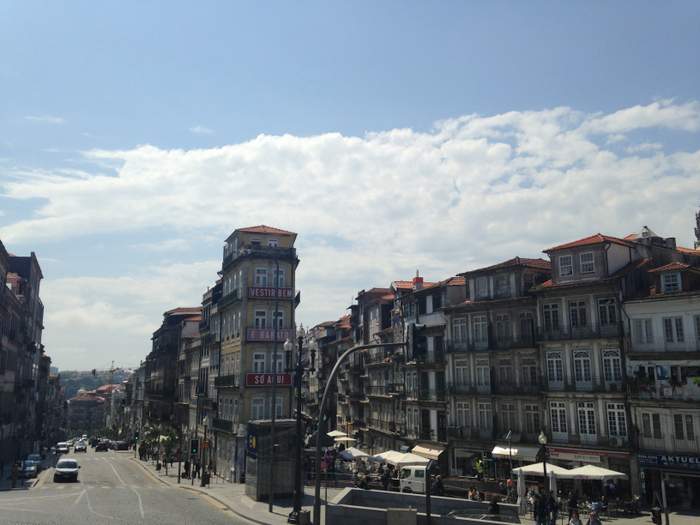 A city is often defined by its mantra or catchphrase, and if Lisbon is the ‘City of Seven Hills’, Porto is the ‘City of Bridges’. From our toasty spot along the Casas, we relished in a view of the most iconic bridge in town: the monumental Dom Luis Bridge. Here along the Casas, one can truly feel Porto’s age and depth. It felt like a crossroads between Venice and Iberia.

A funicular railway swooped on its tracks adjacent the Dom Luis, as faces lazed and sipped along the mill of cafes and restaurants in Porto; over the river, a clustered bank of industrial sheds from the past, old company names faded yet visible, a testament to Porto’s reputation as the ‘workers’ city. 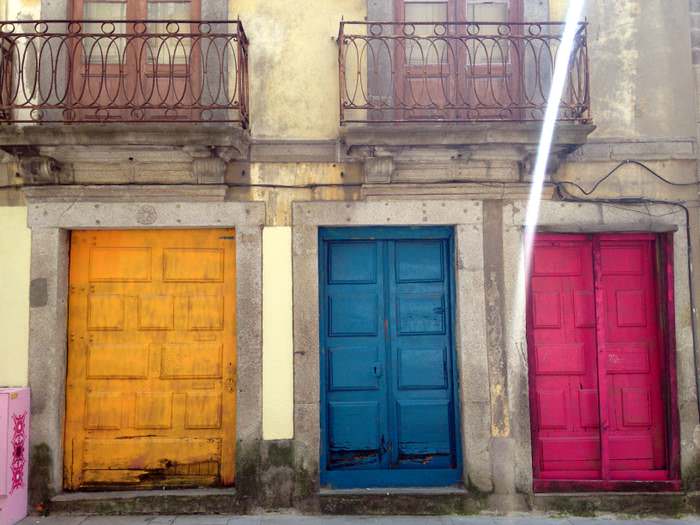 Porto is also known as the ‘Invincible City’, a title earned after it’s strong resistance to Napoleon’s troops during the Peninsular War of 1807–1814 (and perhaps also because it remained standing during the 1755 earthquake that flattened Lisbon).

It was more of the same the following day: idle wanderings through town, crisp beers at cozy street-side bars, as the cack brown and orange #22 STCP tram clacked and rumbled its way through the city’s hilly peaks and troughs. 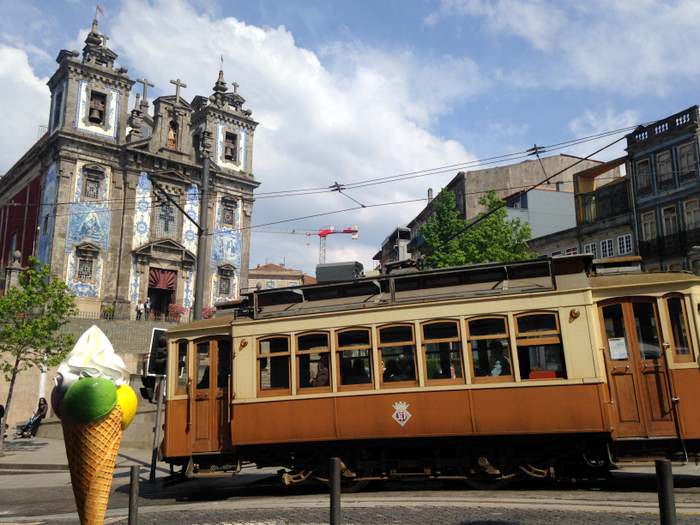 We sweated along the Rio Douro all the way to the estuary where the river meets the Atlantic. The sea was raging strong by the lighthouse point; we carried on to a surf-side bar, picked the best seats on the outdoor door and, not long after wondering why no one else had selected such a great vantage point, enjoyed getting completely drenched by a freak wave. Had to laugh. 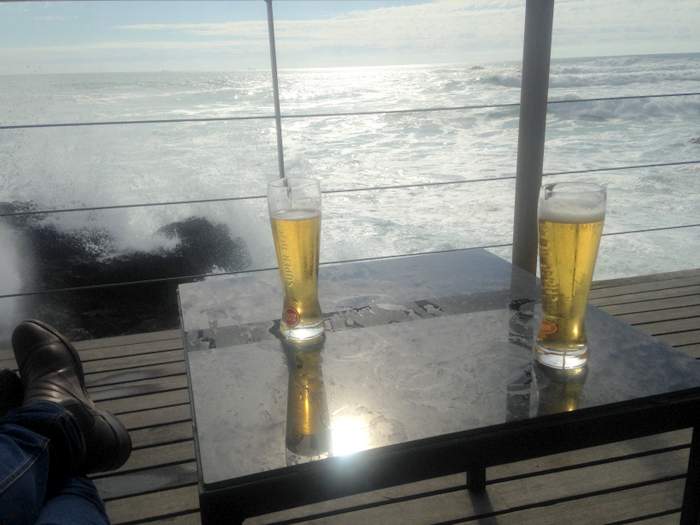 Enjoying our drinks before the wave hit

Fun Things to do in Porto: Clerigos Tower

If you haven’t worked out already, Porto is a brilliant city to take in slow through random wanderings. On our following, and final, day we made a point of checking out some more fun things to do in Porto: the imposing and dramatic Clerigos Tower, the lush and fabulous Crystal Gardens with its intriguing UFO-style sports arena, and the truly resplendent Sao Francisco Church. 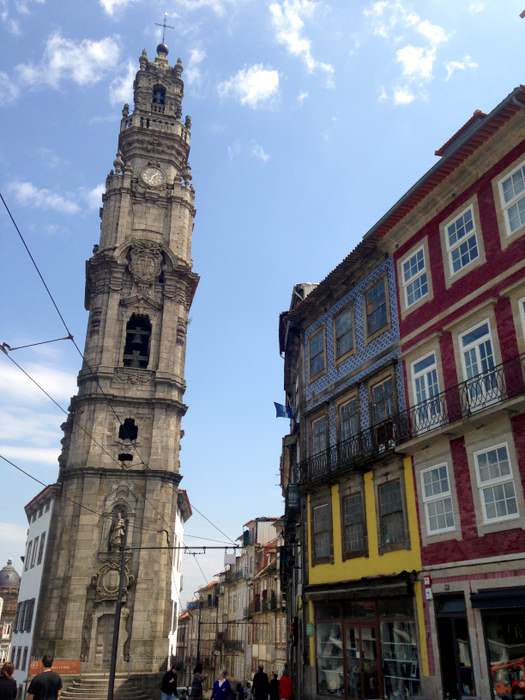 We were also advised to sample Porto’s signature sandwich, the ‘Francesina’: a three-meat, cheese layered ordeal served with chips and a light gravy (not for the faint-hearted – literally). The no-frills Café Santiago, not far from our nook in the Bolhao district, certainly offers one of the best Francesinas in town.

On that final night, we stocked up on artisan gourmet delicacies from one of the city’s many cute, historic goods stores: ‘A Vida Portuguesa and Pérola do Bolhão’. We picked away at Portuguese chorizo, canned fish in amazing colorful tins, not to mention the obligatory tray of Pasteis de Nata for dessert, and washed it all down with the even more obligatory selection of local reds and vinho verdes. 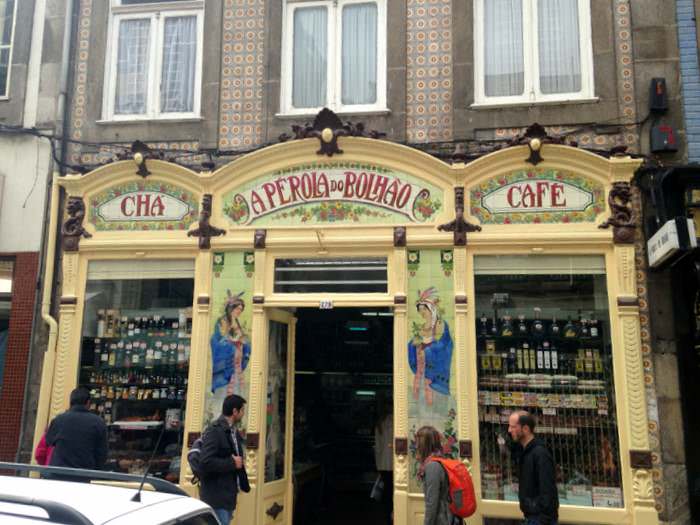 The charming exterior of A Pérola Do Bolhão Lda

All in all, as the romantic sunset pinked and ambered on the church-spired horizon from the vantage of our fifth-floor balcony, we breathed in the cool, light air of this incredible city, watched arrowhead birds swirl in majestic clusters, and started planning our return journey, if not our relocation.

Fun Things to Do in Porto – Pin for later: 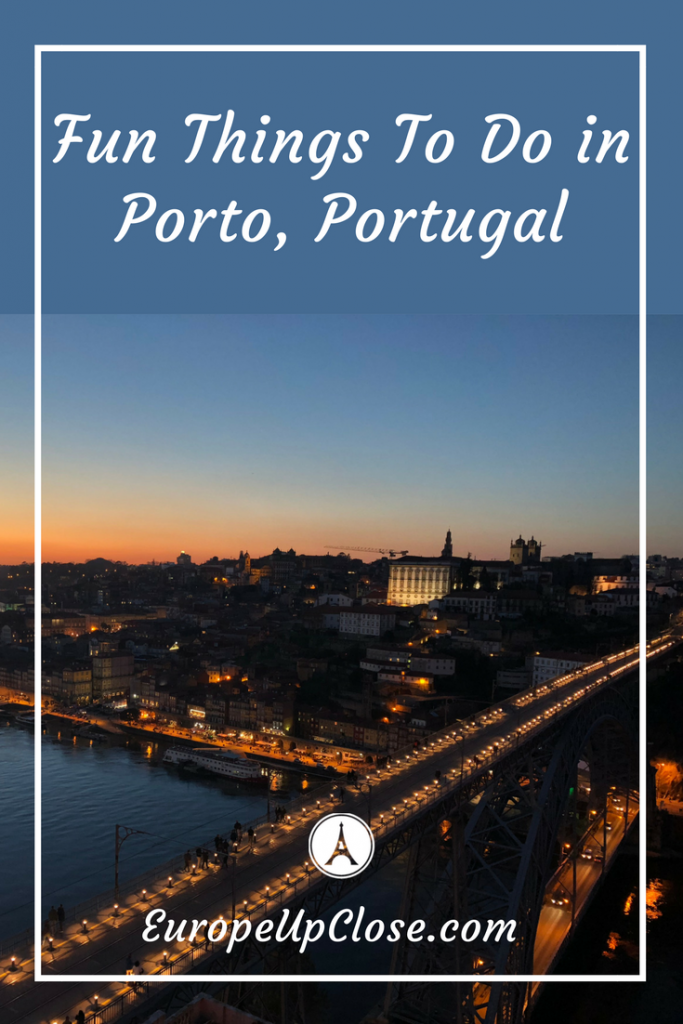 Loved reading about Porto. We are giving some serious thought to visiting there soon. Where did you stay and do you recommend it? Thank you.

Nice article and great images. It looks like old and falling apart in certain areas. The beach areas and the brie side look stunning. Thanks for sharing.