When I travel to Europe, I am always on the look-out for museums or sites that are a bit out of the ordinary. I think that the following five quirky museums fill the bill: From Magic Ice to fans, to computers, these museums present a different slant on museum-going. 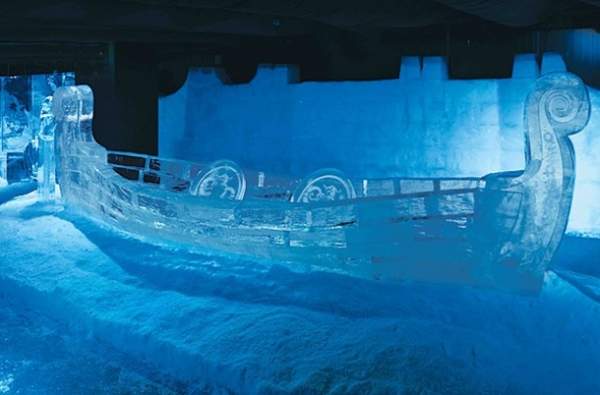 Housed in Istanbul, no less, the Magic Ice Museum is one of the first permanent ice museums located in a warm climate. It covers a 1,400 square meters area inside the Forum Shopping Mall. The museum is kept at a chilly minus 5 degrees Celsius year-round so visitors are required to wear special Eskimo clothes to keep warm. Visitors enter the museum through an ice tunnel which opens up to a room that is dedicated to the Vikings arrival in Istanbul. Here you are greeted by Ice sculptures of Elk, a Viking ship and even a Viking home. Proceeding further into the museum, you will encounter an interesting variety of sculptures to include an ice bar that serves drinks on the rocks! Opening times for Magic Ice: daily from 10am to 10pm 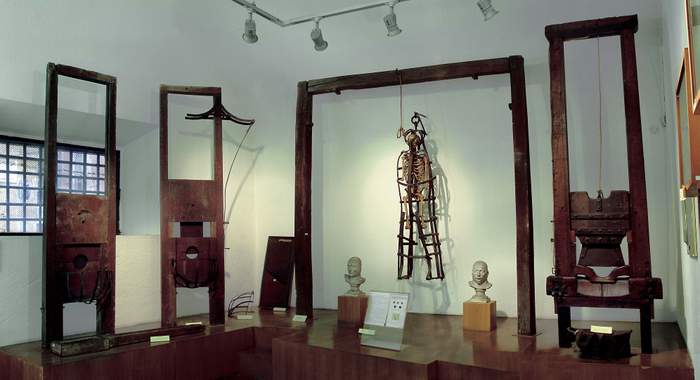 The hall of guillotines in Rome’s crime museum

If you become tired of Roman ruins, you might want to check out the Crime Museum in Rome. Housed in a former prison, the museum is run by the Ministry of Justice. There are a number of other police agencies housed on the site, so expect to go through security to enter. The museum is divided into three sections. The first section centers on the tools and devices that testify to the extreme cruelty of the old punitive practices which are based on the use of torture and capital punishment. You will find everything from chastity belts to guillotines, and every type of torture that the human mind can conjure. The second section is dedicated to the 19th century and its studies of criminal anthropology, forensic techniques, and the early history  of the prison. The the third section is dedicated to the crimes of the twentieth century. Here, crimes of deviance, espionage, organized crime and sensational murders are covered.
Admission fee of 2€ for those ages between 18 and 65
Open Tuesday, Wednesday, Thursday, Friday, Saturday: 9.00 / 13.00
Tuesday and Thursday: 14.30 / 18.30
Closed Sunday, Monday and holidays

The Fan Museum in London 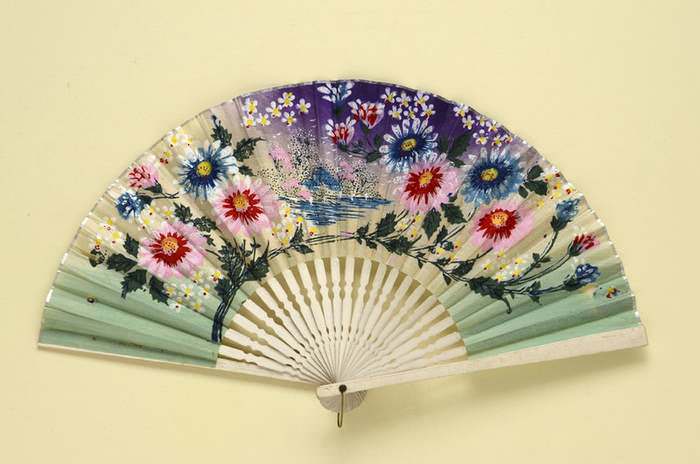 When in London, you may want to consider spending a half-day at the Fan Museum in Greenwich. Combining the practical with the aesthetic, fans have been used through the ages to keep cool, flirt and show status. Fans have been in use for at least 3000 years and this museum has a vast collection that spans their early history to modern times.  If you love fans or maybe just fashion, you might be interested in learning about the best fashion museums in Europe. And, while enjoying the fan museum, be sure to stop at the museum’s popular Orangerie for afternoon tea.
Open Tuesday – Saturday 11am – 5pm
Sunday 12pm – 5pm
12 Crooms Hill, Greenwich,
London SE10 8ER 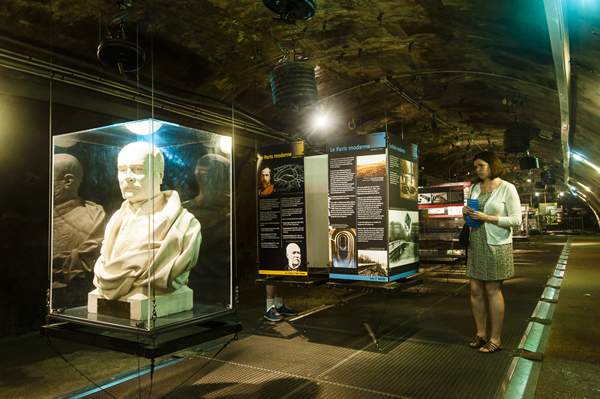 While it may not sound pleasant, a visit to the Paris Sewer Museum is an educational experience that you will find to be well worth your time. The one hour tour takes you through appointed galleries that allow visitors to discover a part of the vast sewer system of Paris. A series of vignettes show the workings of Paris sewers from antiquity to the time of Eugène Belgrand, a nineteenth-century engineer who designed the existing system. The underground galleries help explain the double water system which distributes both potable and non-potable water throughout Paris.
Open Saturday to Wednesday from 11h to 17h from 1 October to 30 April (ticket office closes at 16h)
From Saturday to Wednesday from 11h to 18h from May 1 to September 30 (ticket office closes at 17h)
Closed Thursday and Friday

The Computer Museum in Berlin 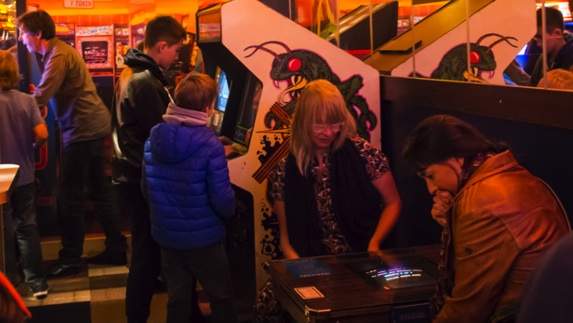 Everyone is busy playing at the Berlin Computer Museum

This is the first European museum for video and computer games, and it has been a popular venue since its opening in January of 2011. The Computer Museum has more than 300 exhibits, including rare originals, playable classics, and more. The history of games and their evolution is the focus of the permanent collection. But, this hands-on museum also offers opportunities for visitors to play with a Pong-Machine, Nimrod, Play Station, and a Giant Joystick. Take a nostalgic look back and play Donkey Kong, Asteroids or Space Invaders. This museum is designed for fun and games, so enjoy.

Written By Terri Fogarty for EuropeUpClose.com

Great choices! There's also the Clock Museum in London, and the Tulip Museum in Amsterdam.

Oh, The Computer Museum sounds fun!! Hopefully I'll get to check it out soon.... :)

Very interesting, thank you! I'm not familiar with any of these except the Sewer Museum in Paris. I will happily skip the horrors of the crime museum but will look for the others.