There is so much to do while exploring the city of Istanbul – countless foods to sample, sites to visit, and culture to thoroughly immerse one’s self in. But, some of the most impressive historical and architectural gems of the city are the numerous mosques whose minarets dot the landscape.

Hagia Sophia is perhaps the city’s most recognizable site. It stands as one of greatest examples of Byzantine architecture in the world. 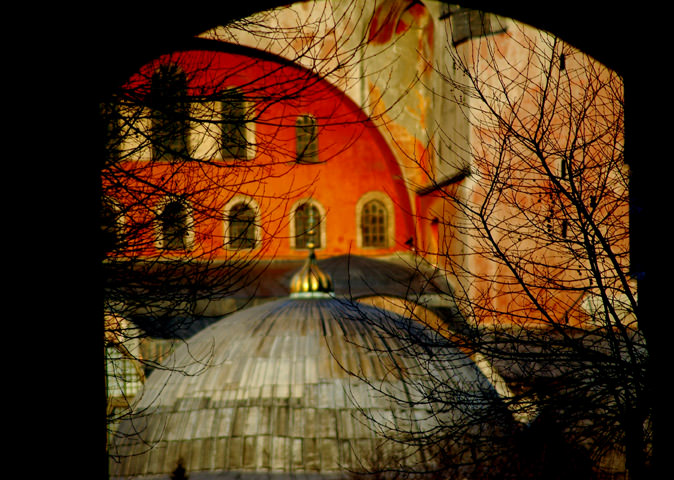 Though no longer an active mosque, the Hagia Sophia did serve as a model for the most striking and important religious structures built during the Ottoman Empire. The building began as a basilica during the Byzantine Empire and was converted to a mosque following the conquest of Constantinople by the Ottoman Turks in 1453. Many of the Christian elements of the structure were removed, including the altar and iconostasis. Mosaics depicting Christian themes were plastered over due to the forbiddance of representational imagery in Islam. Islamic features were added to the building over time. The architecture of the Hagia Sophia influenced designers of later mosques in Istanbul and the Hagia Sophia served as the main religious structure in Istanbul for half a century. In 1935 the Republic of Turkey converted the Hagia Sophia into a museum. Plaster covering early Christian mosaics was removed during restoration as were carpets covering much of the interior, revealing marble decorations.

The Sultan Ahmed Mosque is known by many as the Blue Mosque, due to the blue hued tiles covering the walls of the interior of the 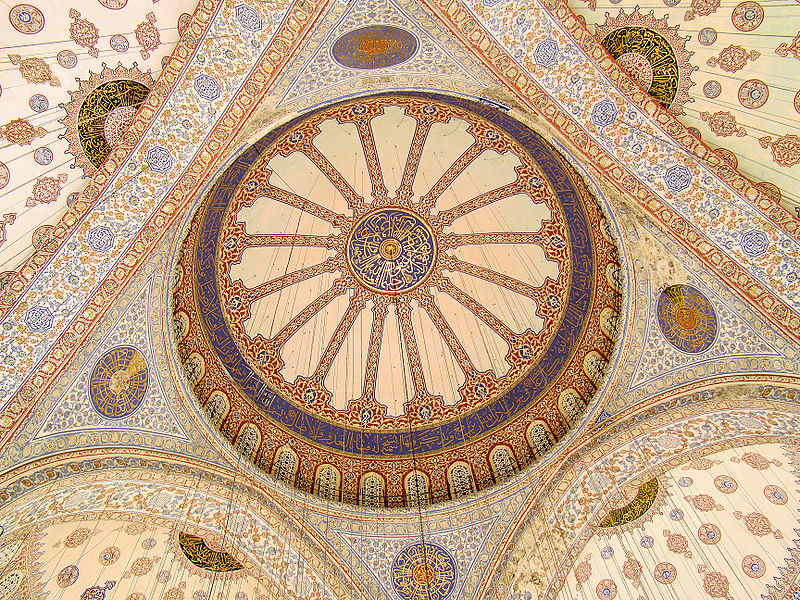 building. The mosque was constructed between 1609 and 1616, under the reign of Ahmed I. The sultan ordered the religious structure built facing Hagia Sophia, the most honored mosque in the Ottoman Empire at that time. The architecture of the mosque combines both Ottoman and Byzantine elements and is considered the last significant mosque of the classical period of the Ottoman Empire. A large courtyard surrounded by an arcade greets visitors to the mosque. The impressive interior is decorated with intricately designed ceramic tiles and low hanging chandeliers light the prayer room. The mosque is one of only two in Turkey to have six minarets. Five times a day the call to prayer can be heard from the Sultan Ahmed Mosque, a beautiful, enchanting sound that echoes throughout the city.

The Süleymaniye Mosque is the city’s second largest mosque, constructed in the mid-16th Century by Suleiman the Magnificent. Like 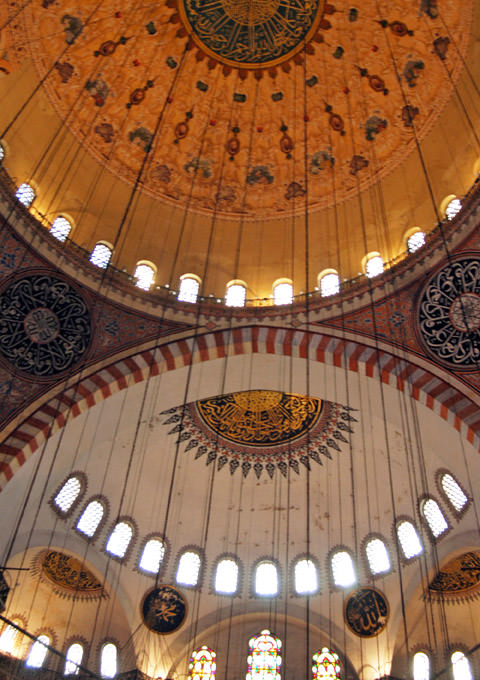 many of the Ottoman mosques throughout the city, a large courtyard precedes the main building. The four minarets of the mosque are located at the corners of the courtyard and a large colonnade forms the perimeter of the outdoor space. The interior is more subdued when compared to that of the Sultan Ahmed Mosque, but still quite beautiful. Ceramic tiles adorn the walls and domed ceiling.

Yeni Mosque or New Mosque is yet another example of an imperial, religious building constructed during the Ottoman Empire. The building is located near the Galata Bridge, on the Golden Horn. Plans for the mosque began in the late 16th Century, but due to political and financial constraints, the building was not completed until 1663. An impressive number of domes and semi-domes, sixty-six in total, mark the exterior. Once inside, visitors can observe the impressive tile work decorating each of the domes. Like other imperial mosques, the Yeni Mosque was originally designed as a complex with additional buildings constructed to serve cultural needs of the city. One of the buildings that still survives is the Egyptian or Spice Bazaar, a popular tourist destination and the city’s second largest market behind the Grand Bazaar.

Other noteworthy mosques include: the Nuruosmaniye Mosque, situated near the Grand Bazaar and an example of Ottoman Baroque 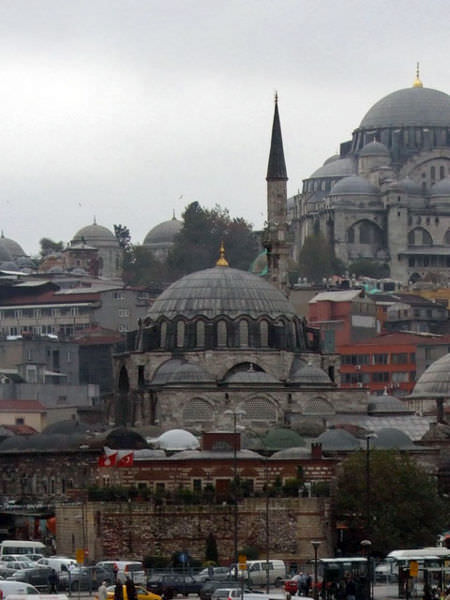 style; the Rüstem Pasha Mosque, a 16th Century structure noted for its impressive and extensive interior tile work; the Laleli Mosque, known in Turkish as the Tulip Mosque; and the Arap Mosque, a former Roman Catholic church constructed in Italian Gothic style, with little changes made following its conversion to a mosque.

For visitors to Istanbul it is important to remember that many of the city’s mosques are active religious centers, thus certain protocol must be followed when entering these buildings. Many mosques post their respective rules outside the entrance to the building. Most will require the removal of one’s shoes. Many will ask that women cover their head and that shorts and short skirts not be worn in the building. For female visitors to a mosque, it is best to carry a scarf and shawl when visiting, so one can cover the head and arms if necessary. Many mosques will allow photography, but are more restrictive with flash photography and most never allow photography during prayer. Tours are offered by many private guide companies throughout the city, but many mosques can be visited free of charge during the day.

Thanks so much for the lovely comments! Glad to hear other travelers enjoy Istanbul and its many wonderful sites as much as I do.

I loved both the Blue Mosque and the Agia Sophia. Especially the latter, there was something special about standing in and over 500 year old monument! Great picks for the others, I saw a couple from the outside on my visit, I regret not going into the Laleli Mosque now.

As someone who knows Istnabul inside out and spends a lot of time in Turkey I can only say that this is a great post which points out that there are more mosques than just the 'Blue'. Very enjoyable.