On a cool, sunny, winter solstice morning, my husband and I disembarked at the Place des Abbesses métro station and gasped with delight. We were greeted by one of eighty-seven Art Nouveau métro entrances in Paris. This one, consisting of a display of lacy, iron, filigreed flowers and figures, ushered us onto the streets of Montmartre. 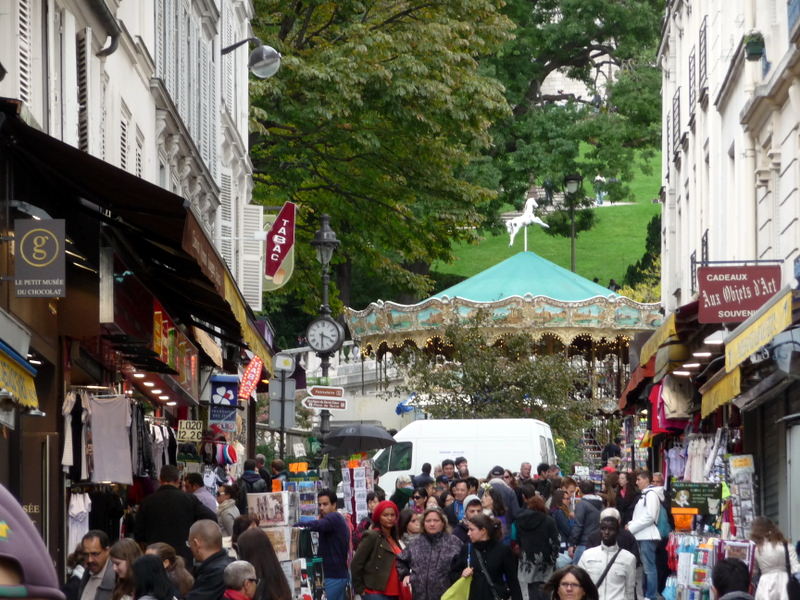 The streets of Montmartre, Paris

This village, perched on a hill above Paris, was the first home to many artists from around the world. It had cheap rentals, cheap food and wine, and was away from the restrictions of the art establishment of Paris. Picasso, Van Gogh, Manet, Renoir, Utrillo and many other renowned painters lived, slept and ate in Montmartre, yet few tourists visit this area today. Instead, they visit the Louvre and think they have seen all the art there is to see in Paris. However, these and other artists have their work scattered about like colorful confetti in museums and galleries throughout Paris. 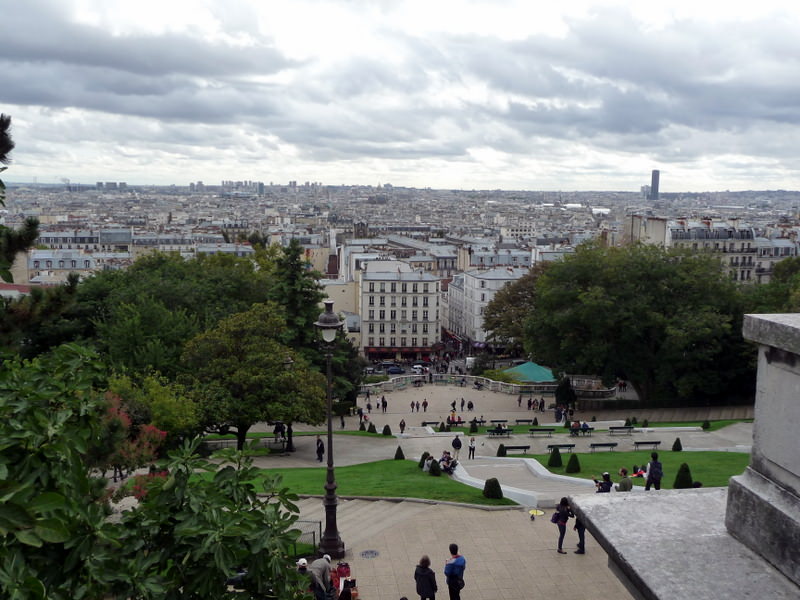 The Musee de Montmartre  is located in the heart of the village in a charming 17th century country home with a designated area known as the poets’ garden. From 1850, it was a gathering place for artists. It is now a historical museum for the Montmartre area. As we wandered through the rooms, we discovered a model of the village, paintings, lithographs, drawings and a fine collection of posters.

We read wonderful stories of scandal and misbehavior among the tenants and their friends. For example, who was the father of artist Suzanne Valadon’s son Maurice Utrillo? Valadon lived at 12 rue Cortot (now the Museum) and her neighbors were Toulouse-Lautrec and Degas, who encouraged her to become an artist. Renoir, who had a studio in the house, was rumored to be Maurice’s father. We enjoyed the paintings of Valadon’s nudes and I loved Maurice’s impressionistic watercolors of Montmartre scenes. 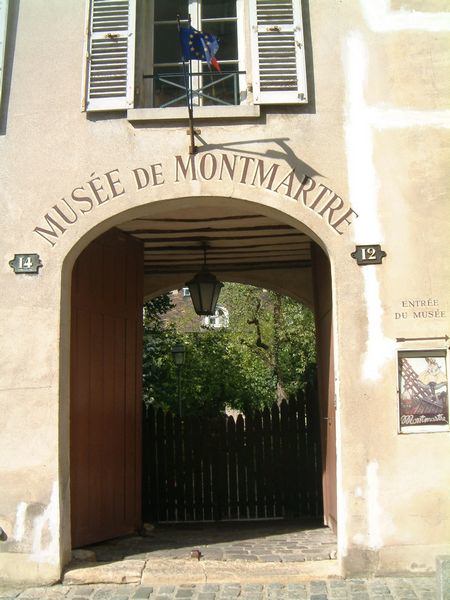 At noon, we wandered outside to find a place eat. Just around the corner and up the hill, at number 2 rue de l’Abreuvoir (which means “water trough” in French), we found a pink building with green shutters, and colorful window boxes. It stood on a corner of two lanes and looked like a painting. Apparently, many artists then and now thought so, too. Picasso painted a portrait of Germaine Gargallo, the woman who lived in the pink house for forty years. We went into La Maison Rose (2 Rue de l’Abreuvoir, 75018) and were as charmed by the inside as the exterior, with its tiled floors and its yellow walls. We ate, relaxed and watched the waitress put up Christmas decorations. 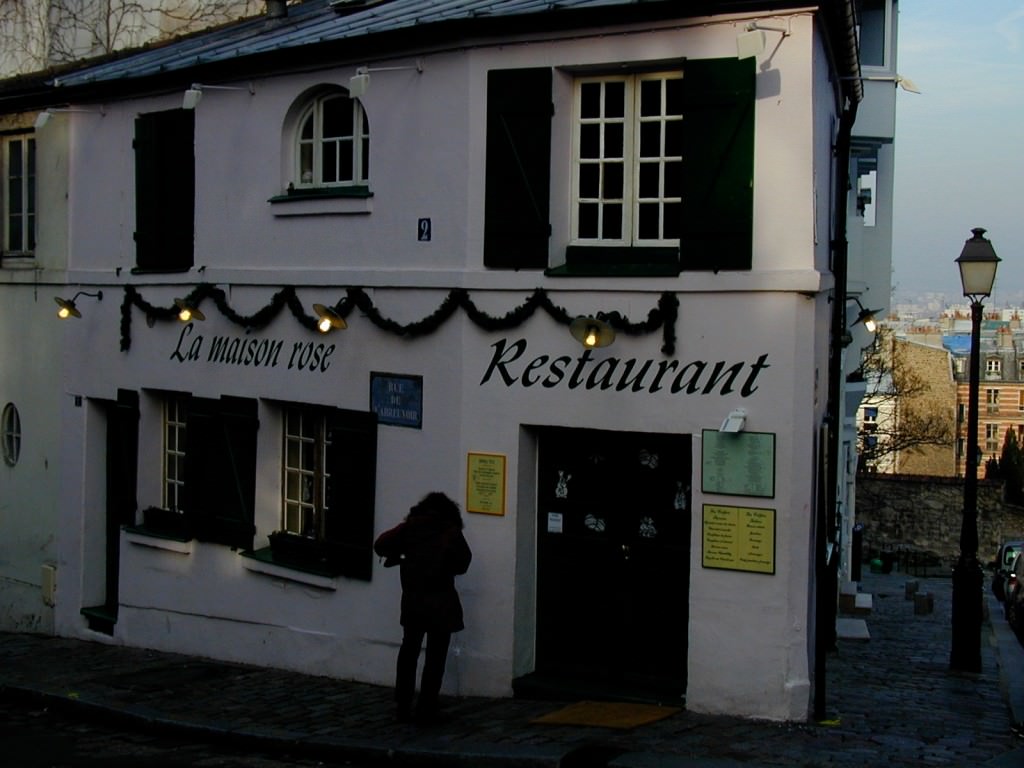 After lunch, we passed the last surviving vineyard in the area, a tiny square of country that remains in the city. We then made our way to Le Lapin Agile (French for “the agile rabbit”), a cabaret that began as a coaching inn in the eighteenth century. Young artists, such as Utrillo, Modigliani, and Picasso joined local residents here for folk songs, poetry readings, cheap meals and wine, and raucous conversation. In 1904, Picasso began a painting for and about the Lapin Agile. He placed himself in the painting as a harlequin standing next to a woman at the cabaret’s bar. In 1912, Frede, the owner, sold the canvas, which Picasso probably traded for food and wine. Picasso’s paintings were just beginning to fetch large sums of money and seventy-five years later, the painting sold for over forty million dollars at auction. 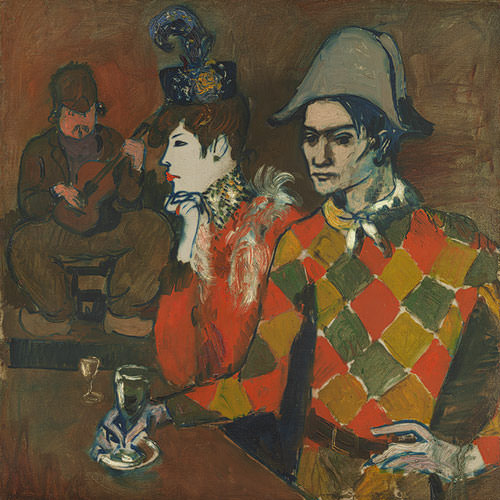 Our visit to Montmartre, an area so rich in history and culture, gave us a much wider appreciation and interest in the artists and their art. Paris, a vast city became smaller and more intimate by allowing us to go deeper into her treasures.

Ann Lonstein is a freelance writer living in Minnesota. She took her first plane ride when she emigrated from South Africa with her husband and infant son. She has not stopped flying since, and has visited many countries around the globe. Ann can be reached at her blog, www.everyjourneytraveled.wordpress.com

What a wonderful account of Montmartre in days gone by and I love the photographs!

I always get mesmerized about how the streets of Montmartre I saw on pictures..planning to walk on those streets in the next few years..