Montjuïc, situated on a hill in Barcelona’s Sants-Montjuïc neighborhood just southwest of the city center, boasts some of the best views of the city as well as some of Barcelona’s finest museums and sights. 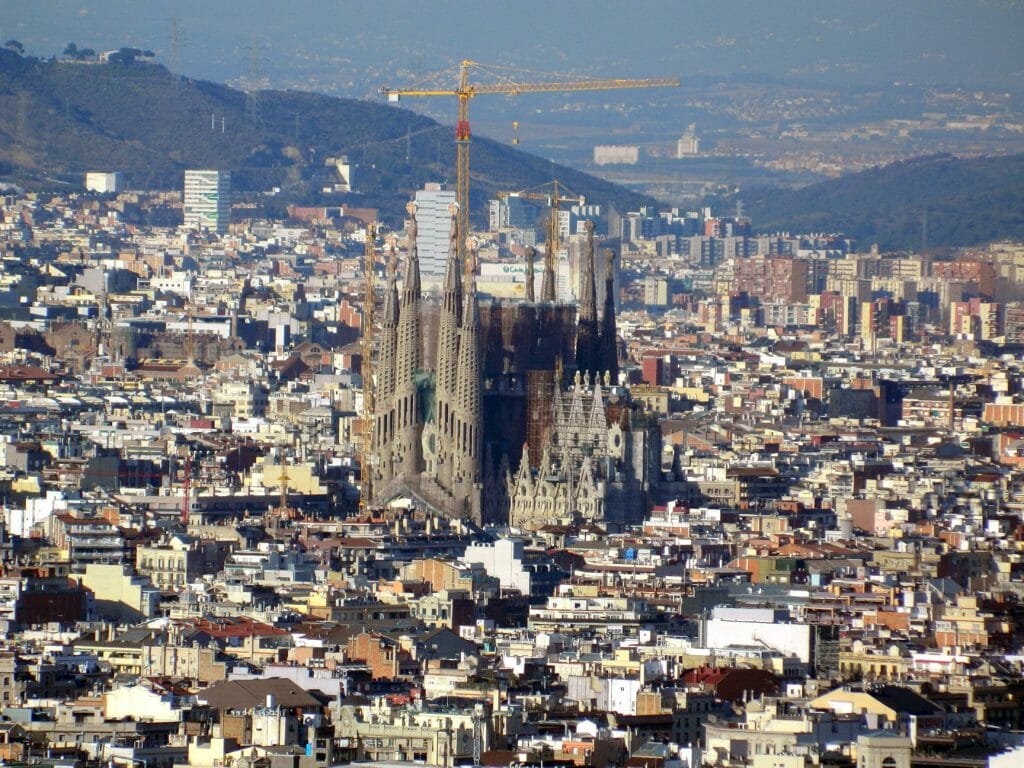 Montjuïc hill overlooks the Barcelona city center and harbor. Once covered with forest, the hill was cleared in the late nineteenth century for building. It was then selected as the site for the 1929 Barcelona International Exposition. Some of the buildings from the world’s fair still stand on Montjuïc, including the Palau National, the Font Màgica, the Poble Espanyol, and the Estadi Olímpic. Montjuïc served as the site of several venues during the 1992 Summer Olympics, which was centered around the Estadi Olímpic. Modern day Montjuïc now contains many important cultural and historic centers.

What to see in Barcelona’s Sants-Montjuïc Neighborhood

Estadi Olímpic
The Olympic Stadium has held numerous important sporting events in Barcelona, from Spain’s first international rugby game to Copa del Rey finals to the opening and closing ceremonies of the 1992 Summer Olympics. And, it was the home stadium of football club RCD Espanyol for more than decade. The original 1929 façade survives, though the interior has been renovated over the years. The Olympic torch has been preserved and stands prominently near the entrance of the stadium. Entry to the stadium is free and visitors can wander along the corridors and stands. The stadium is open daily, 10:00 am to 6:00 pm, with longer hours in summer months. The nearby Museu Olímpic i de l’Esport provides historic context to the building, detailing the numerous sporting events and athletes who have visited the stadium. 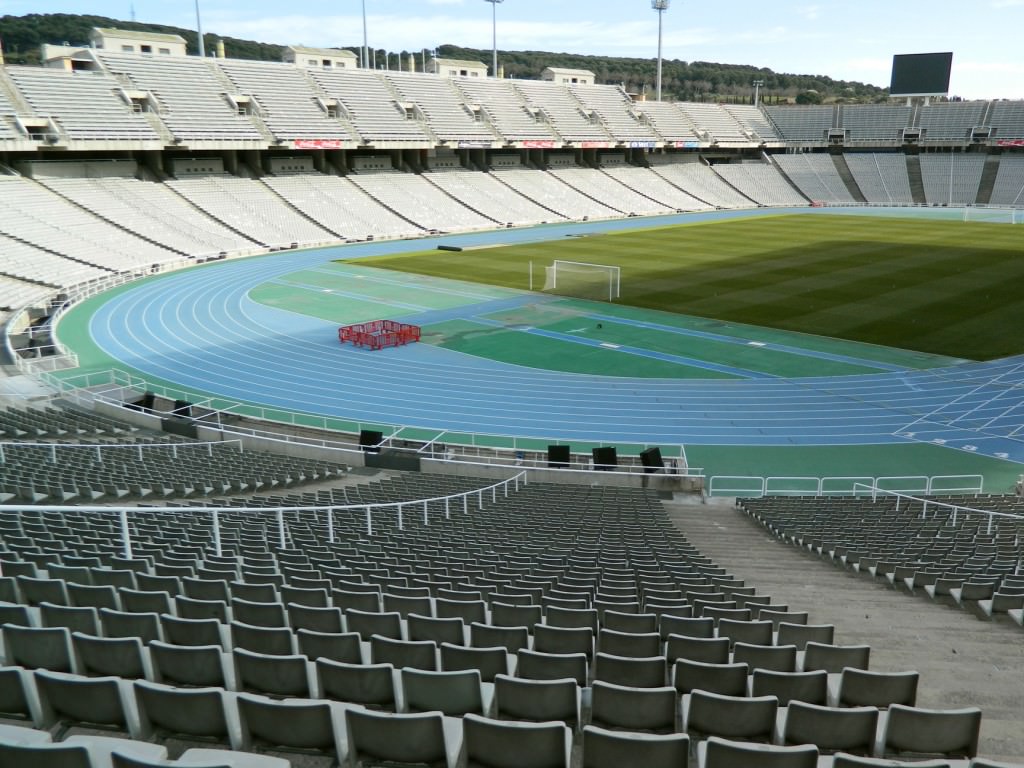 Poble Espanyol
The Poble Espanyol, or Spanish Village, is a collection of buildings from the 1929 Exposition. Now an open air museum, the space is laid out like a real village, with winding streets and public squares, only accessible to pedestrians. The Poble Espanyol celebrates architectural styles and landmark buildings from across Spain. The village also hosts numerous arts and crafts workshops, selling everything from jewelry to ceramics, as well as restaurants offering various Mediterranean dishes. The Poble Espanyol is open daily, from 9:00 am until as late as 5:00 am on the weekends.

Castell de Montjuïc
This castle/fortress was built atop Montjuïc in the seventeenth century and served as a key defense point for the city during numerous wars and battles, including the War of Spanish Succession. The castle was restored and remodeled a century later and it continues to stand today. In 1940, the president of the Catalan government, Lluís Companys, was executed at the castle. The Estadi Olímpic was later renamed in his honor. The castle served as a prison until the mid-twentieth century. In 2007, the city of Barcelona took ownership. The castle can be accessed by car or bus, but the best way to visit is by air tram. Known as the Teleferic, the tram is located near the Montjuïc funicular. Purchase round trip tickets and ride the tram directly to the castle. The tiny tramcars fit only a few people, allowing one to float above the hill while providing exceptional views of Barcelona and its surroundings. The castle is free to the public. Wander along the stone walls, enjoy a drink at the outdoor café, and tour rotating exhibits. Open year round, 9:00 am to 9:00 pm April through September, 9:00 am to 7:00 pm October through March. 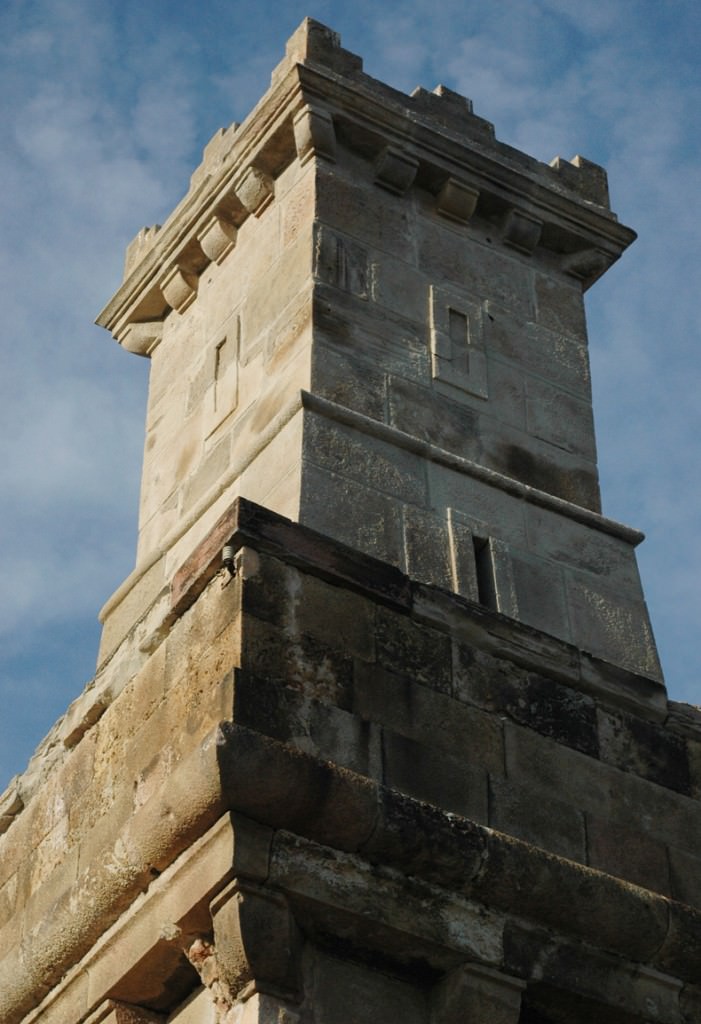 Museums
Montjuïc contains numerous museums. The Fundació Joan Miró, a modern art museum, features the works of Joan Miró, including paintings, sculptures, textiles, and more. The Palau National, the main building of the 1929 Exposition, now houses the Museu Nacional d’Art de Catalunya, which holds an impressive collection of Catalan art from antiquity to the modern era. Other museums include the Museu d’Arqueologia de Catalunya and the Museu Etnològic.

[/caption]Other Sites
One could spend several days exploring all that Montjuïc has to offer. Just some of the other sites worth visiting include Font Màgica, Barcelona’s largest ornamental foundation; Jardí Botànic de Barcelona, boasting more than a thousand different plant species; and the Mies van der Rohe Pavilion, built for the 1929 Exposition, but demolished soon after, it was reconstructed in the 1980s.

Take an Air tram to montjuic 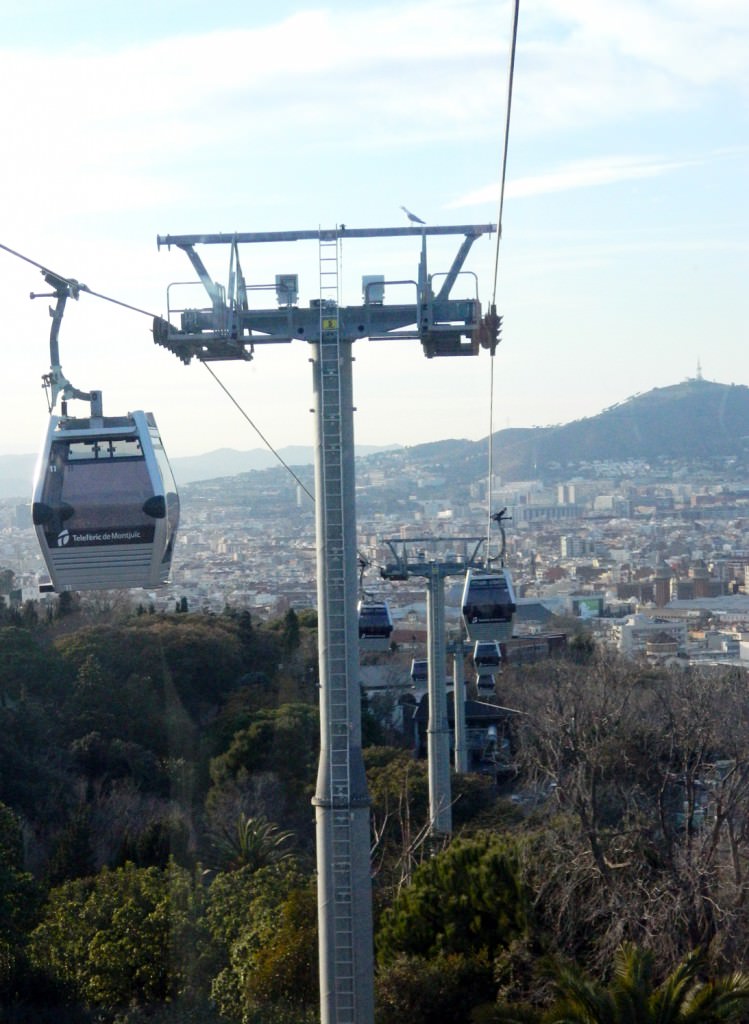 Joan Miró MuseumMontjuïc is accessible by Metro. Take Line 2 or 3 to Paral-lel. From there, take the funicular to Montjuïc.

we spent a day in Barcelona and had a great time, Seeing all the odd but cool Gaudi stuff. One place I really liked was when taking the tram ride across the bay, on the side we got off was a really nice park with a lot of different flowers as well as a cactus garden. We plan on going back for a week or more since one day is just a taste of what there is to offer.