Barcelona, a European cultural center with a city-proper population of 1.6 mil, has several great neighborhoods, to include: Ciutat Vella (Old Town), the Barri Gotic, La Rambla, and El Raval. Another great neighborhood that visitors will not want to miss is Eixample, a vibrant, relatively modern district of Barcelona. 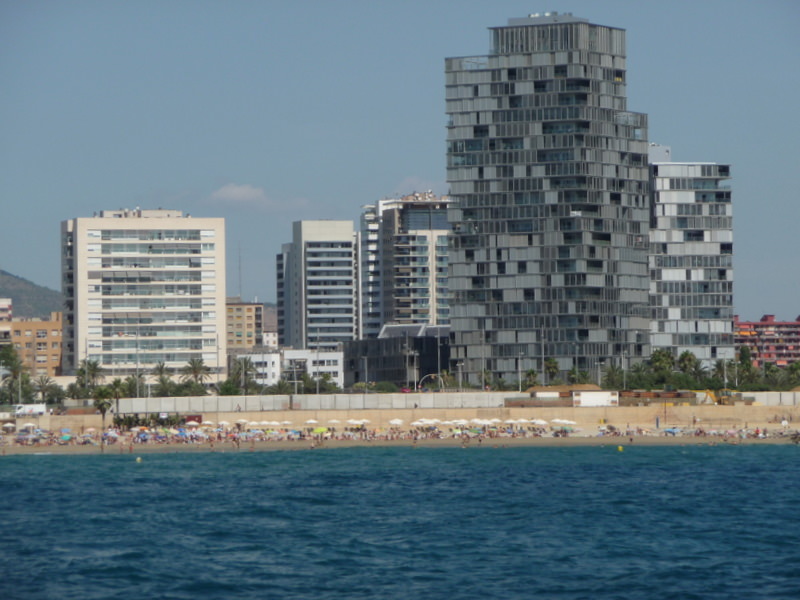 The beach in Barcelona’s Eixample Neighborhood

Designed in the mid-nineteenth century, Eixample expanded Barcelona beyond the boundaries of the original medieval city. The district contains an architectual mix of Medieval, Modernist and Art Noveau buildings, as well as several of Antoni Gaudí’s works including: La Sagrada Família, Casa Batlló, and Casa Milà. Walk along the Passeig de Gracia, a major boulevard in the district, and take note of its many architectural gems, as well as popular shopping venues. 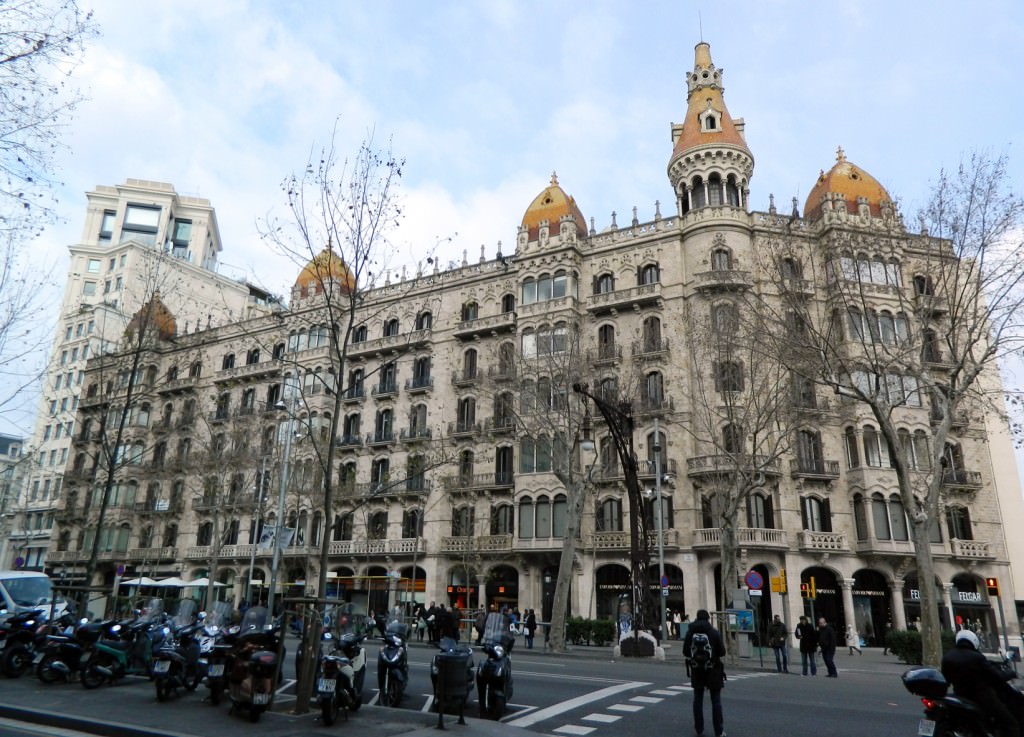 Spanish architecture in the Eixample

Where to eat in Barcelona’s Eixample Neighborhood

Barcelona has countless restaurants and bars, but some of the city’s best food destinations can be found in Eixample. Tapas 24  is a popular restaurant that offers modern interpretations of classic tapas at reasonable prices. Try the Bikini Comerç 24, a crustless Iberian ham and cheese sandwich with black truffle shavings. And don’t miss the desserts, especially the quenelles of chocolate with olive oil, salt, and toasted bread.
Carrer de la Diputacio 269 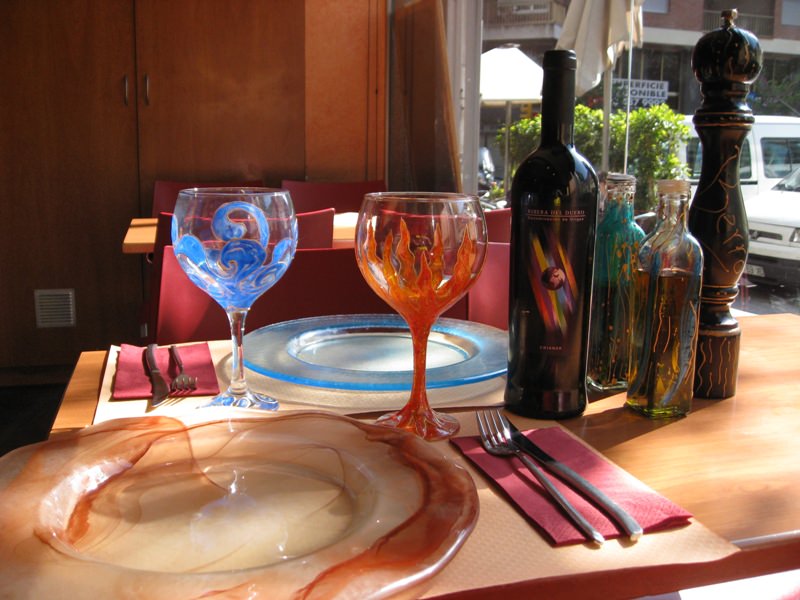 El Berro Bar in the Eixample

Other great restaurants to visit include: Restaurant Iurantia, Calle Casanova 42, an Italian spot best known for its pizzas; Can Kenji, Carrerr Rosello 325, a hidden gem of a Japanese restaurant;  and MaiTea, Calle Casanova 157, a place for Basque tapas.

Omelette is a perfect spot for breakfast. For €2.70, one gets a mini sandwich, a shot of fresh fruit juice and coffee. Other menu items include various egg dishes, crepes and pastries.
Passeig de Gracia 55

Cornelia and Co.  is a deli and café, and another good breakfast option, especially if you are searching for something beyond the usual croissant and coffee. The breakfast menu includes bocadillos (sandwiches), fresh juices, pastries, and more. Describing itself as the daily picnic store, Cornelia and Co. offers food to go, like fresh pastas, cheese, cured meats, bread, and other artisanal products. With its selection of grocery items, it is a great spot to pick up edible gifts like high quality canned seafood, jams, chocolate, and condiments.
Carrer de Valencia 225

Most of the city’s high-end hotels are located in Eixample, but the district also contains quality hostels. Hostal Agua Alegre , for example, is a hostel situated a few blocks from Passeig de Gràcia and within walking distance of the Ciutat Vella. Rooms are well maintained and simple, with private or shared baths. The hostel features a lovely tiled terrace and twenty-four hour access.
Calle Roger de Llúria 47

Big fan of this part of Barcelona, as well. Great article Morgen (loved the photos.)

I loved the architecture in that neighbourhood! I definitely ate my fill of tapas there!