Visitors are often surprised when they visit Riga for the first time. They have few or no expectations about the place when they come here, and they typically only come to Riga on their way to somewhere else. As a result, they find their stay here far too short.

Those of us who live here often contribute to visitors making this mistake because we do a poor job of painting an accurate picture of our city for the outside world. Even for lifelong residents, Riga lacks a strong identity. Furthermore, it is a divided city. Its 800,000 residents fracture off into two big linguistic and cultural groups (Russian and 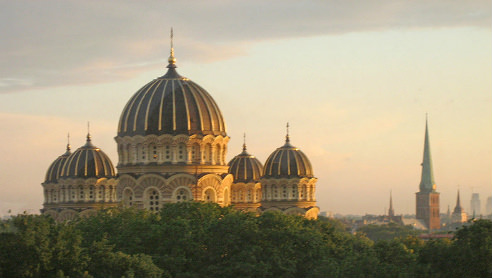 Latvian), and the gruff individualism common among the Earth’s far northern people further complicates social cohesion. The city itself has belonged to no fewer than five different empires during its 800-plus years, and it bears the scars of each. Riga is at once beautiful and frustrating, engaging and confusing.

I spend a great deal of time just wandering the streets of the Old Town. It’s the heart of the city, and it best exemplifies the confusion that the centuries have wrought on the city. Two towers dominate the skyline: The spires of St. Peter’s Church and the Dome Cathedral. Both were built in the early 13th Century and both are masterpieces of Gothic architecture. 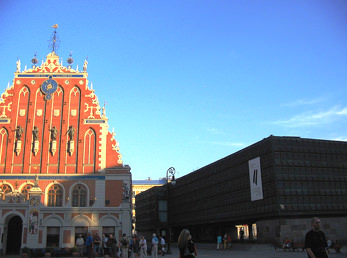 In front of St. Peter’s Church is the old town square which features, most prominently, a gorgeous Hanseatic guild — the House of Blackheads — and a Soviet “rehabilitation” center. The latter, while still an eyesore, became the Museum of Latvian Occupation in a wonderful act of post-independence resentment.

This confused character of the Old Town makes for some interesting photos, but it doesn’t translate into a clear identity. The Old Town is charmingly quirky, and it is the everyday setting for hundreds of slow, inspiring strolls over its cobblestones. But Riga also deals heavily in the absurd, and you have to venture farther out to get a good taste of that. 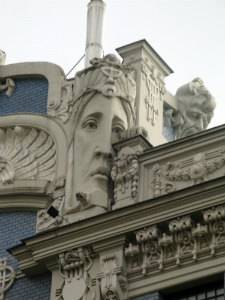 Just north of Old Riga is the neighborhood known as the quiet center. This neighborhood features the highest concentrations of wealth as well as fine examples of  UNESCO-recognized Art Nouveau architecture. Most of the Art Nouveau buildings, constructed toward the tail end of the Russian Empire in a splendid flurry of one-upmanship, are incredibly ornate. Today, they house foreign embassies, banks and fancy restaurants.

The wealthiest side of the city attracts the city’s wealthiest residents, obviously. Not to perpetuate too many stereotypes, but more than a few people in this city made fortunes in the free-market bonanza that immediately followed the USSR’s collapse. One of them — and I kick myself for never having a camera when I see this thing — drives a new Bentley with a leather-trimmed exterior [sic]. This in a city where I recommend only waterproof boots for everyone for at least five months out of the year.

The City at Night

No discussion of Riga should neglect the city’s explosive nightlife. You literally have to go out of your way to avoid the revelry on Friday and Saturday nights. Riga’s nightlife is big enough and multi-faceted enough to welcome all comers. If you are part of a stag party — or really just any group of guys who look a little too eager — locals will hustle you in the direction of some mediocre clubs while they themselves go the other way. But the city does find room to accomodate everyone.

I recommend anyone with grand nightlife designs to check out Push, which gets my vote for the club that best caters to all tastes while not being trashy or expensive. You can also try to have a go at Coyote Fly’s (with its Latvians-only door policy), but you should probably brush up on your Latvian first. Both clubs share a city block, so if the Coyote turns you away, Push will be glad to have you, I’m sure.

I was speaking with a friend of a friend some months ago who works for an advertising agency in Riga. His company was putting together a bid for an advertising campaign promoting Riga as a tourist destination. He asked me, “As someone from outside of Riga, what do you think is so special about the city? What could we tell people about Riga that is exciting? ” I didn’t have a good 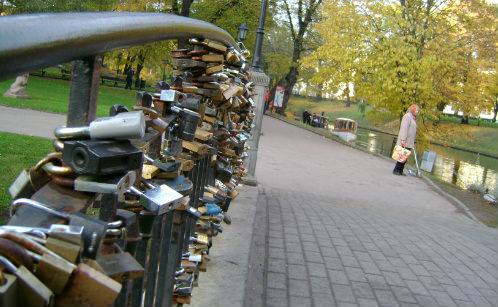 answer at the time. We discussed the Art Nouveau and quickly dismissed it as not exciting enough. We thought about the nightlife, but nightlife doesn’t convey enough of an identity for an ad campaign.

It only hit me much later. The Republic of Latvia regained its independence in 1991. That makes the country technically just 20 years old. It isn’t old enough to even get served a drink in the US. It is absolutely normal to spend your early 20s asking “Who am I?” Why can’t the same be true for Riga?

The city is simply experiencing growing pains as it comes of age. As with most 20 year olds, we need to let Riga try out a few identities before it can settle into something concrete. And like most 20 year olds, Riga can show you a great Saturday night out.

[…] a half hour west of Riga is Latvia’s new Wellness Paradise: Jurmala, the seaside resort town whose name translates to […]