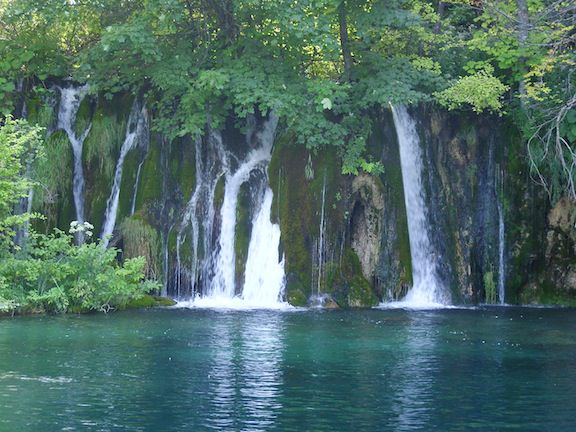 Although members of the European Union, Croatians have yet to adopt the Euro, which is sometimes deemed a necessity to create economic prosperity. However, they have made inspiring progress since their early 90s troubles, as evidenced by a new north-south Autobahn-like highway, efficient car rental services, seven UNESCO World Heritage Sites, and completely developed, multidimensional tourism options. Slightly smaller than West Virginia, Croatia isn’t peering back at its Communist legacy and strides on as an irresistible destination—so much so that avoiding summer is recommended. Western friendly is an understatement

Impressive Zagreb, the classic European-style capital, has the talent to fulfill a variety of hedonistic whims—within walking distance. In addition, electricity pioneer Nikola Tesla lived here (and in Niagara Falls, N.Y.) Ironically, across from Tesla’s commemorative plaque is one of the city’s 247 charming gas lamps. Aged and trendy styles mingle along cobblestone streets where outdoor café dining and drinking is a lifestyle

Croatia, with its predominantly Roman Catholic population, was the first Balkan nation to give up Latin in favor of  its own language for Catholic Church liturgy. A particular sentiment on the tribute wall under Zagreb’s famous Stone Gate caught my eye. This hulking 13th century arch-entry is the last remaining of the five gates that guarded the old city. The admired under-arch painting of the Virgin Mary is surrounded by dozens of tribute plaques. One tribute to her, a remnant of a bygone era sharing a timeless message reads, “Thank you Mother for your help throughout 50 years of marriage.” I know a few married folks who want peace prizes for surviving fifty weeks. 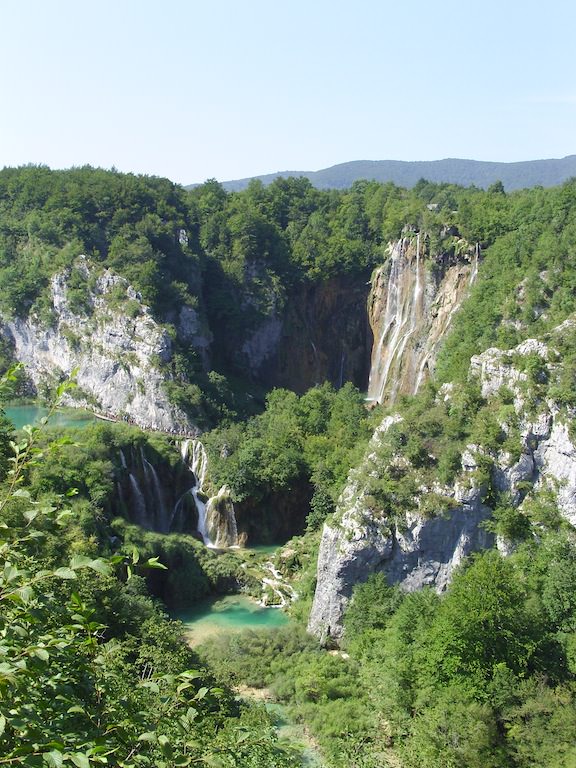 Southbound and into the mountains, Plitvice (Plit-vitz-ah) National Park, on the A-list to becoming one of the new Seven Natural Wonders of the World, is a nearly unfathomable series of 16 descending multi-level lakes and ponds. Each body of water is adjoined by waterfalls splashing over walls that were created by long-ago fallen calcified tree logs that dammed the river 16 times and transformed this ancient river valley into a medley of connected storybook lakes. The highest and lowest watersheds are separated by 435 feet while seven miles of elevated boardwalks and 25 miles of trails touch every corner of this cloud nine. It really is one wow after another. 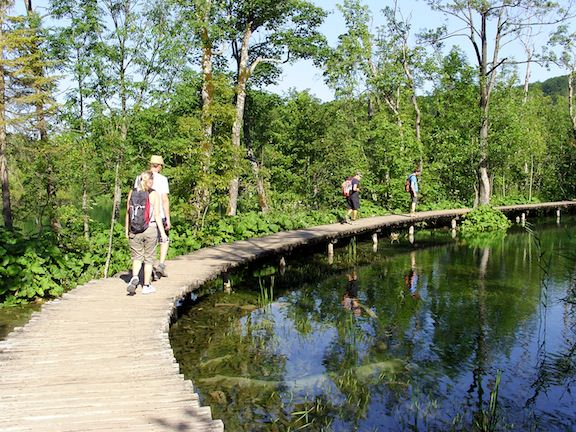 Split, Croatia’s largest coastal town, is known for Deocletian’s Palace. This sprawling Roman castle-palace, constructed between 295 and 305AD, is special in many ways. Deocletian reigned for 21 years, the longest of any Roman Empire ruler. He is also one of the few Roman emperors to abdicate voluntarily and die naturally. After the Roman evaporation, his palace remained empty until the 7th century when nearby residents squatted within the walled fortification to flee invading barbarians and it has been occupied ever since. It is one of the rare World Heritage Sites draped in laundry–3,000 people still live in this public domain– and it is home to street musicians, restaurants, and a few high-end retail shops stirred in for good measure. One family has been living in the same house for 1200 years. Serving as Split’s true city center, this perfectly preserved Roman palace draws you into this period of history, without the threat of a public lashing. 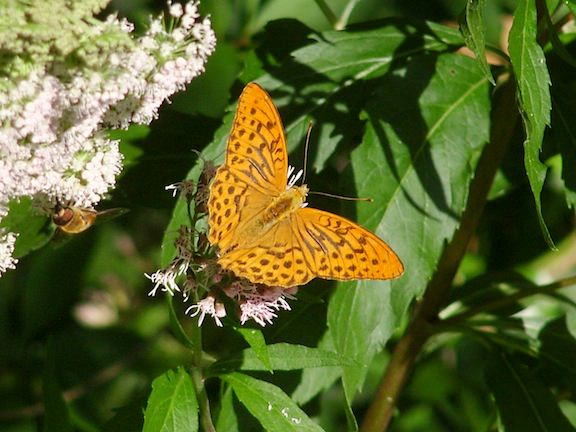 I found a supreme example of grace meeting gourmet at Sperun Restaurant, an indoor/outdoor buffet-trattoria. While dining, I took my turn sharing wines with the owner—he ‘works’ from table to table, amusing customers—and then he sent me down the block to the fisherman’s church to count my blessings.

Nearby is Gothic Trogir, a city dating to the 2nd century BC that was remodeled by 15th century Venetians and eventually occupied by Napoleon’s army. But, the darling of docking cruise ships and the locomotive for Adriatic postcard sales is Dubrovnik’s old city castle fort that begs and shares wonder. Walking around the lookout rim crowning this mega-stadium sized complex is a lesson in architecture. The inner labyrinth of broad avenues and narrow streets becomes a party complex in the evening. The polished cobblestone main drag is no less than a model runway at night; tanning and serial-smoking are still in vogue. The earnest people may not have forgotten the past, but they’re enjoying their future.

Written by and photos by Bruce Northam for EuropeUpClose.com

Veteran travel writer Bruce Northam has reported (mostly good news) from 125 countries. His book, Globetrotter Dogma: 100 Canons for Escaping the Rat Race & Exploring the World, was cited by National Geographic as one of “Ten better choices: insightful travelogues that will inspire rather than dictate.” Bruce’s wander continues on www.americandetour.com.