Have you ever looked at labels on European wine bottles and wondered about the meaning of AOC, DOGC, or QmP? Look no further. In my European Wine Guide series (organized by country), I will take you through a crash course in wine classifications and varietals found in major wine-producing regions throughout Europe. Let’s continue our “wine tour” in Spain.

Denominación de Origen (DOC) – Spain’s DOC wine classification is the strictest in the country. To date, only wines from the Rioja and Priorat (in Catalonia) regions bear this title. Due to the stringent regulations put on the vineyards, DOC wines are the costliest to both produce and purchase.

Denominación de Origen (DO) – DO classified wines are produced only in designated vine growing regions that meet specific standards of quality. There are over 60 of these regions throughout Spain.

Vino de la Tierra –  Roughly translated as “wines of the land,” Vino de la Tierra wines are produced outside of DO designated regions.  Depending on the vineyard, these wines can still be very good quality, and much less expensive than DOC or DO bottles.

Vino de Mesa – “Table wines,” make up the remainder of Spanish wines. They are only required to meet minimum quality standards and are not typically associated with a particular region, vineyard, or even varietal (much mixing occurs in Vino de Mesa). 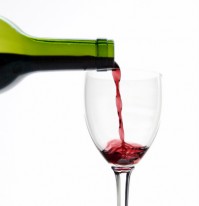 Crianza – These are young red wines, aged in oak for at least one year and one additional year in the bottle. Crianza wines are typically fruity and quite drinkable with savory Spanish dishes. For wine drinkers on a budget, Crianza is a great buy at $8-$16 per bottle.

Reserva – Reserva wines are more complex (and expensive) than Crianza wines. Reservas are aged for a minimum of one year in the barrel, followed by at least another two years in either the bottle or the barrel. Most are made from Tempranillo (black) grapes and compliment Spanish meat dishes made with lamb, beef or ham. The typical bottle price for a Reserva ranges from $18-$40.

Gran Reserva – Gran Reservas make up the best quality Rioja wines made in Spain. They are aged in the barrel for two years and subsequently three years in the bottle. Gran Reservas are not produced every year- when they are bottled, it is only by the best vineyards. Gran Reserva wines are complex, robust, edgy and can be enjoyed alone or with hearty Spanish dishes. Typical price per bottle ranges from $20-$60.