This is one in a series of culinary posts focusing on some of the tastiest ways to start a meal while traveling throughout Europe. Stay tuned for more tasty appetizers and beverages from a variety of European destinations.

The tradition of eating mezethes (meze in the singular) dates back to Ancient Greece. The Ancient Greeks thought it unwise to consume alcohol on an empty stomach, so they required that mezethes be served alongside alcoholic beverages. Though eating mezethes as you sip your ouzo is no longer mandatory today, it would be a shame to pass up some of these tantalizing small Greek dishes. 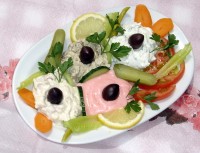 Mezethes can be as simple as a few marinated olives or a slab of fried cheese, or as complex as a platter full of a variety of dips, fried smelt and squid, and small skewers of lamb or pork. Mezethes are served on every Greek island year-round, based on seasonal ingredients. The type of mezethes served varies by island and reflects the local culture. I’ve visited five of the Greek Isles, and I’ve never come across a meze I didn’t like! Here are some of my favorites. 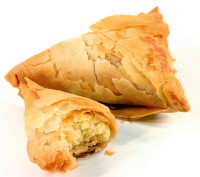 Bourekia are small filo pastry rolls that are typically stuffed with a cheese, egg, or spicy ground meat savory filling.

Tzatziki is a yogurt and cucumber dip, seasoned with salt, pepper, mint and lemon juice. It is served with flatbread and is wonderfully refreshing on a hot Greek afternoon. 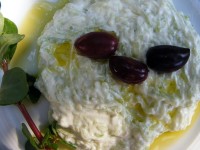 Dakos, also called koukouvayia, is a traditional meze from the isle of Crete. It is sometimes referred to as “Greek bruschetta,” given its similarity to the popular Italian appetizer. Dakos are made from barley rusks (or dried bread) stuffed with diced tomatoes and spices and topped with feta cheese and a drizzle of olive oil. A delicious way to hit three food groups!

Saganaki is fried soft cheese that is served alone or with flatbread- simple and satisfying.  Saganaki gets its name from the dual-handled pan used to fry it.

Pasta Elias, known as tapanade in France and Italy, is a blend of kalamata olives, garlic, oil, and vinegar that is served as a spread on slices of bread or fried vegetables. 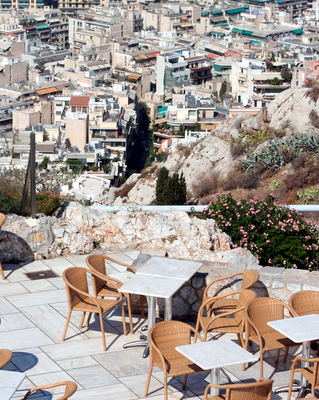 Of course, ouzo is the beverage of choice no matter what type of mezethes you are consuming! Ouzo, the national beverage of Greece, is an anise-flavored spirit that is similar to pastis (France) or Sambuca (Italy). It can be enjoyed as is in shot glasses or mixed with water. Most brands of ouzo contain between 40% and 48% alcohol.

I agree with you- I really enjoy Aperitivo. American "happy hours" don't really compare, do they?!

I wrote an article on Pinxtos in the Basque Region (mostly the Spanish side) about a month ago - that's another favorite culinary travel activity of mine.

I've been enjoying reading your work as well!

Mezethes sounds a lot like Aperitivo in Italy--one of my favorite Italian traditions. I wish the United States had something similar! Nice article---

YUM - you've made me hungry!