Erfurt was reportedly described by Martin Luther as being in the “center of the center of Germany” and this might be one way of understanding this ancient city’s charm. Being in the very middle of the country might 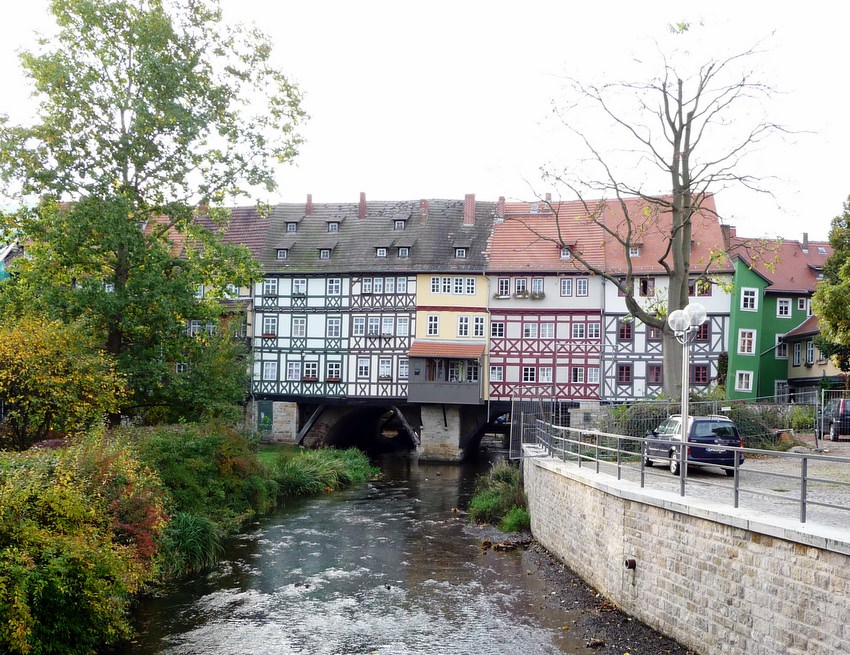 have ironically insulated the city from the turmoil of Germany’s long path from religious battleground to modern anchor-state. Erfurt was founded in the 8th century and is the capital of Thuringen, a state known for sausage and Lutheranism. The city has more than 50 different ecclesiastical establishments, including the Augustinian Monastery where the revolutionary Martin Luther lived, and most of the buildings survived a hundred years of religious warfare intact.

The Kraemerbruecke, another survivor built in the 14th century across the gentle Gera River, is the oldest inhabited bridge in Germany. The bridge has buildings along either side of its cobblestoned lanes, most of them with shops on the first floor and is said to be the last of old Europe’s 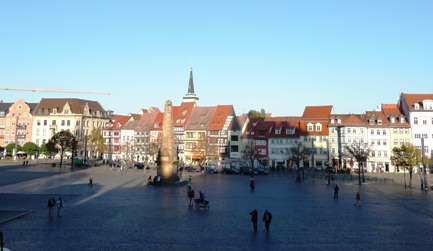 inhabited bridges. The bridge and its buildings are representative of what much of the rest of Erfurt has to offer: an Altstadt (old town) that spins out narrow twisting lanes that once echoed with the clatter of horses hooves and solid, cozy medieval German homes that conjure up images of wooden panels and floors, a plump woman in a kitchen, and a red nosed old man with a mug of beer sitting at the fireplace. These people may or may not exist, but the homes sure do — all over the city of 200,000. 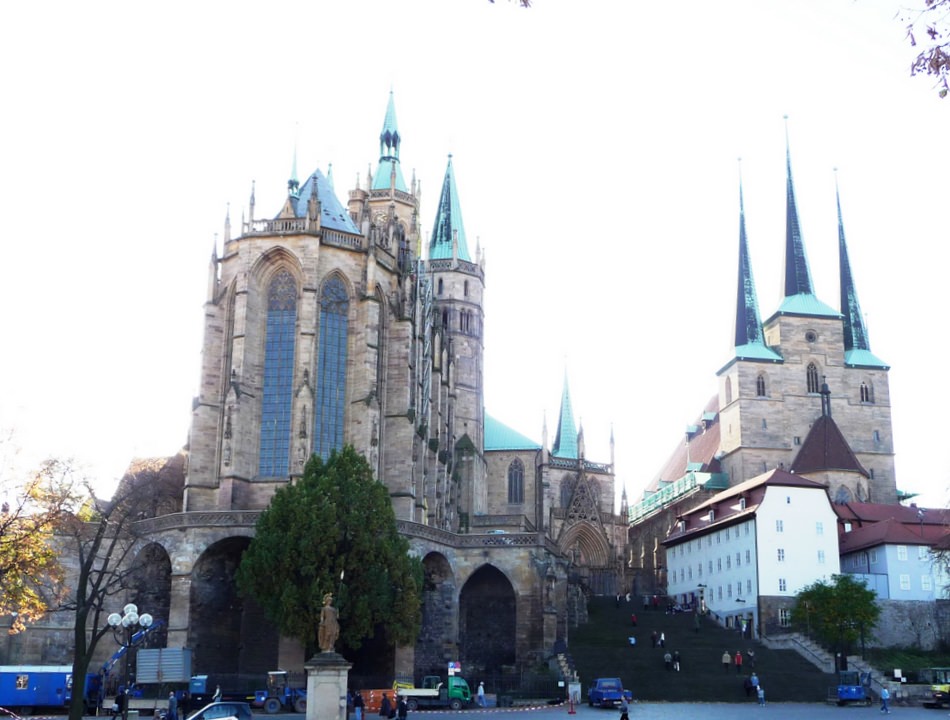 Erfurt is known as a religious center in Germany and the churches, cathedrals and other buildings of this city do not disappoint. Some notable and must- see examples of Germany’s God-fearing past are the Erfurt Cathedral and the Severi Church, overlooking the Domplatz and the site of the famous Christmas market. The Aegidien Church, near the head of the Kraemerbruecke dates back to the 14th century. The Angerplatz is the center of town and features a shopping district notable both for its modern goods and medieval storefronts.

The city’s living history belies the lively atmosphere that takes over at night. University students help to keep the city young and fresh, turning old lanes and bridges into places of laughter and carousing instead of 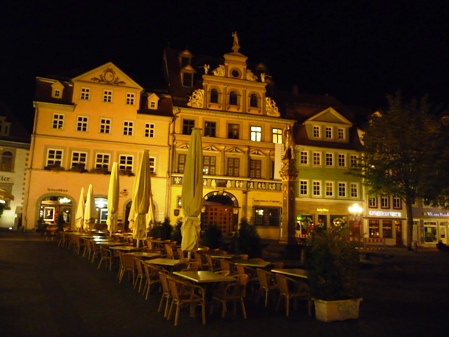 quiet outdoor museums some old cities have become. These students help to down the local Thuringian beers and, of course, the famous Thuringian Bratwurst, one of the tastiest sausages known to man. People across Germany take a bite into a Thuringer most every day (especially during the Christmas season). I highly recommend every visitor to the region’s capital make sure to get a few bites in before they leave.

Erfurt was once part of East Germany and this perhaps has helped keep the city’s charm and history intact. I remember in 1990 when many people crossed the border into East Germany; it seemed to us as if time had stood still while the Iron Curtain was in place. With the reunification of Germany, Erfurt enjoys quick and solid connections via ICE train to Berlin, Leipzig and Frankfurt am Main. Its a quick ride from any one of these towns. This city is modern and beautiful, well-kept and unobtrusively important historically. A city with such an old tradition could easily afford to be both arrogant and expensive but Erfurt has so far refused. This vibrant city deserves a 2-3 day visit for a traveller cruising through Germany.