Years ago, sipping on a pint of Guinness in Belfast’s historic Crown Bar would have qualified as high-risk adventure travel. The pub, owned by the National Trust that manages the UK’s most important historic places, sits directly across the street from the Europa Hotel which, locals will tell you with a bit of macabre pride, is the 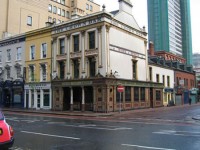 world’s most bombed. But the violence that defined decades of sectarian conflict between Protestants (loyal to the London government) and Catholics (Republicans wanting a united Ireland) is now, for the most part, a thing of the past.

A little peace has gone a long way in this Northern Irish capital of around 300,000 people that straddles the banks of the sleepy River Lagan. Modern Belfast has struggled for years to make it through the Troubles and has no intention of returning to the days of balaclavas and petrol bombs. What many deemed an impossible reality, peace between the religions, reached its jaw-dropping climax when ultra-staunch Loyalist Rev. Ian Paisley sat down at the same table as his fellow elected politician and former IRA boss Martin McGuinness to form a power-sharing and world shaking Northern Irish government in 2007. The pairing was so successful that the two became known as the Chuckle Brothers. Peace had arrived in Belfast and this time it was going to stick. 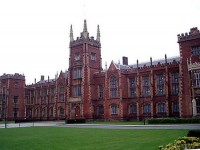 For the traveler, this means easy access to one of Europe’s most fascinating cities. The new era of tranquility has been accompanied by prosperity. After years of living in the shadow of Ireland’s booming Celtic Tiger economy, Belfast has finally started to show its teeth. Belfast has finally, and rightfully, been recognized as one of Europe’s must-see cities after years of being a destination for conflict junkies and curiousity seekers. Belfast is home to incredibly friendly locals, fascinating historical sites and some of Europe’s best culture and nightlife.

What to do in Belfast

No matter how long you plan on visiting Belfast, you’ll not be wanting of things to see and do. But, if you only have a few days, here are some places that land on the must-see list. 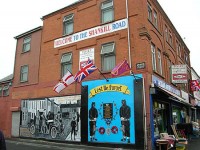 There’s no better way to orientate yourself than by hopping on the open top Belfast City Sightseeing Bus. Climb to the upper level (if it isn’t raining that is) and soak in the city’s most interesting sites like City Hall, Albert Clock, Queens University, Falls and Shankill Roads, the Botanic Gardens, the Ulster Museum, the Cathedral Quarter and many more sties of interest. 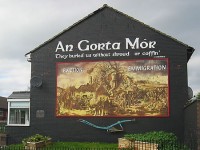 Once you’ve become acquainted with the city layout, book a Black Taxi Tour which will take you to the most notorious areas of Belfast filled with its most violent history. Your driver and tour guide will be a member of one of the communities you visit and you’ll get an impartial and expert briefing on the Troubles worst events. You will see Belfast’s murals which are chilling, moving and, at times, scary memorials to the city’s past.

While you won’t want to walk around the parts of town you see on the Black Taxi Tour…they are still incredibly rough places…the same can’t be said for the Belfast city center which is dominated by the majestic Belfast City Hall . Strolling through the narrow streets of the Cathedral Quarter, Belfast’s oldest neighborhood, is one of the city’s best activities and the up and coming Titanic Quarter (where the doomed ship was built) is another neighborhood great for exploring on foot. Another great option is a Game of Thrones Tour that takes you to the stunning film locations of the iconic series. 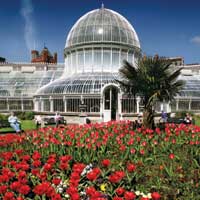 If you visit in the spring and summer months, make sure you head to the lovely Botanic Gardens where students from nearby Queens University hang out on the manicured lawns after class over a few beers and soccer ball kickaround. The Ulster Museum, right behind the gardens, provides an exhaustive look at the history of the Irish province that bears the museum’s name. It is one of the UK’s best historical museums.

Another must-visit site is Belfast Castle, located up on Cavehill. There’s no better view of Belfast than from this 140 year old castle and popular wedding spot. The vista alone is worth the trip but while you are there, pop down into the basement for one of Belfast’s most unique spots to grab a glass of wine, pint of beer or cup of tea.

Belfast, like Dublin to the south, is not short of places to engage in one of Ireland’s favorite pastimes – having a wee tipple. And no matter what your poison, Belfast’s pubs will surely have it. There are, however, some can’t miss places to pull up a bar stool and make new friends.

White’s Tavern calls itself Belfast’s oldest and there is no reason to dispute the 1630 opening date. Traditional in every sense of the word, White’s is the perfect pub to have a pint of Guinness while sitting by the fire listening to an impromptu band belt out old school Irish music. This is the real deal, a locals hangout without pretention and certainly no tourist cheese.

A trip to the Botanic Inn is most certainly a necessity. This place is a favorite of Queens University students but by no means for the young crowd only. A comfortable pub that, if it were in the US, would have peanut shells all over the floor. The “Bot” is the place to go to watch the united Ireland rugby team thrash England or catch a bit of footie (a soccer match) on the telly.

Ryan’s Bar and Restaurant on the Lisburn Road is a great place to have dinner and mingle with the locals in this hip yet unpretentious neighborhood bar. If you are looking for a nightclub, Milk is a Belfast institution where DJ’s spin some of the best techno, trance, hip hop and dance music that Europe has to offer.

And if you fancy a laugh that would make the Chuckle Brothers proud, check out some local comedians at the Empire Bar on Botanic Avenue for some of that famous Irish wit.

Belfast and the Northern Irish counties are not without their problems, as most places. But the North is still a naturally beautiful place to enjoy. The people are wonderful to know -- very welcoming to visitors, with great humor and generosity. And there is so much in the North that is culturally fascinating -- brilliant theatre, live music, a lively nightlife in the cities -- that it should Not be missed!

- Caroline Oceana Ryan, author, AN OLD CASTLE STANDING ON A FORD: One Yank's Life in an Almost Peaceful Belfast

Not quite all the troubles have ended. This month a far right vigilante group have hounded Romanian immigrants into hiding. Police have been needed to protect them from the threat of racist violence. In a modern European country to display the kind of small minded hatred that typified nazi Germany appalls me.