To get to Alba’s Truffle Festival I needed to take a detour, leaving the shores of the Adriatic for the first time since the groggy-eyed beginning of this travelogue in Dubrovnik. Having a few extra days’ time, I decided to visit Italy’s Lake Como area and learn about the traditional foods of northern Lombardy. Lombardy’s cuisine is famous for saffron, Gorgonzola, bresaola, and butter (olive oil is not a traditional cooking ingredient here). Would the traditional foods of Lake Como, an area that also draws influence from nearby Switzerland, be the same traditional foods of Milan? 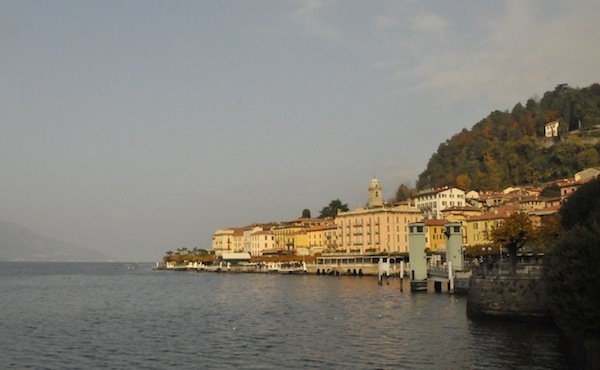 Even in November, Lake Como was magical. Each morning and each night, heavy fog rolled over the colorful rowboats tied to the docks, and the steep hillsides rose straight from the lake into the clouds. My girlfriend and I decided to stay in Lecco, a medium-size city on the southeastern shore; it was easy to access by train, and buses and ferries ran everywhere we wanted to visit. The room in our hotel came with a view of the lake, and a path wound along the shore and into Lecco’s city center. Lecco is a modern city, with a good selection of restaurants. 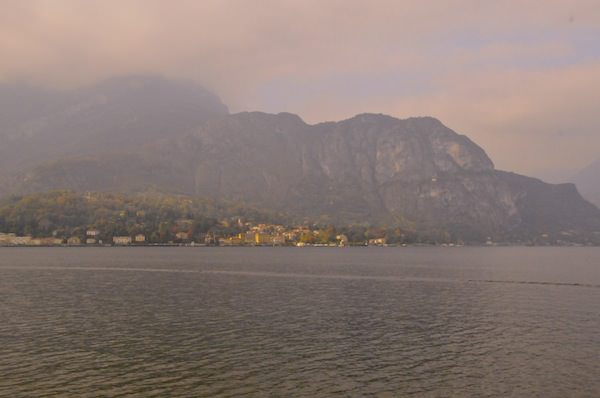 One unique aspect to Lake Como culture is eating early, so we went out for dinner at 8pm. Most restaurant menus focused on fish from the lake, and we’d arrived during porcini mushroom and truffle season. We settled on the menu at Ristorante Pontile Orestino. I immediately liked the place. The woman behind the counter looked as though she’d grown up in the restaurant, and the dining room reminded me of a run-down café in New York’s Little Italy during the 1950s. The tables were completely unadorned other than plastic red and white checked tablecloths and the furniture was as minimalist as could be. There could be no other reason why people came here other than the food. 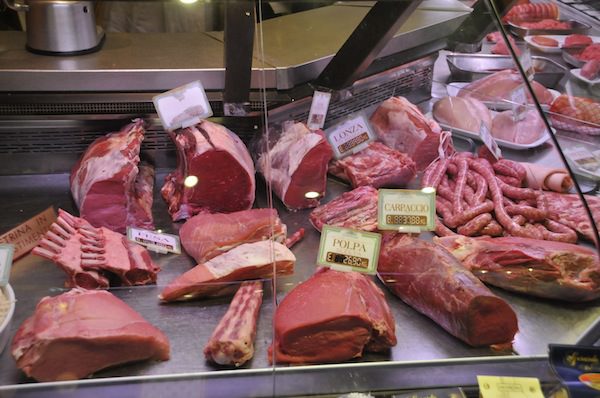 The other customers chatted at their tables, but the volume rose several notches when an elderly man wheeled a large stainless steel cart out of the kitchen. He wheeled it up to a table, opened the lid, and began withdrawing huge pieces of boiled meat, each more unidentifiable than the last. The customers pointed to the meats they wanted and he filled their plates one by one. 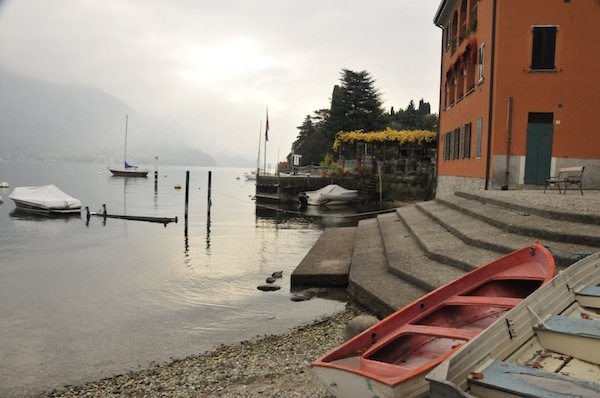 My girlfriend and I began with a half bottle of local red wine known as Inferno, which was made with the nebbiolo grape (the same grape as Barolo). It originates in the town of Valtellina, as does the famous cured meat, bresaola. I tasted red fruit followed by rich chocolate, and it paired very well with the white truffle gnocchi with white truffle cream sauce that I had. Each gnocchi was so tender that it melted like butter in my mouth, and the truffle flavor was intoxicating. For eight euros, this was one of the best deals I’d found the entire trip. For the price, I knew the truffles couldn’t be fresh, but the illusion of fresh white truffle was impenetrable. For secondo, I ordered osso buco, another specialty of Lombardy. The plate arrived with a piece of bone in the middle of the plate surrounded by rotund pieces of meat. There was a piece of baked polenta on the side that looked as though it’d been sliced from a loaf. The marrow inside the bone tasted like the richest, thickest, most perfect beef broth imaginable, and I resorted to sucking the bone in local fashion when it looked as though the marrow was almost gone. The braised shank meat was tender and moistened with some of the sauce of the marrow. The braising liquid had not included tomato, fyi. 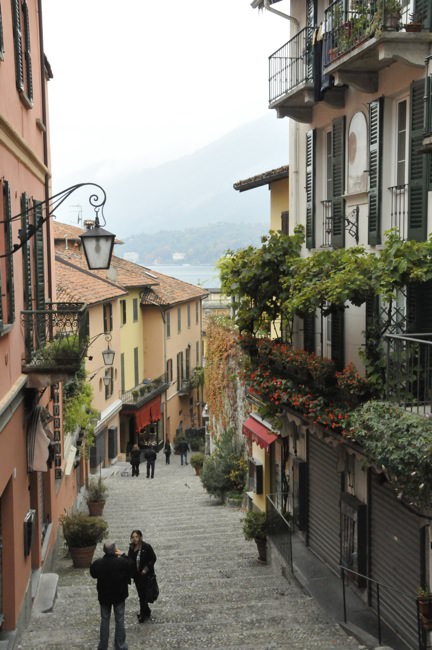 The town of Como is the most popular destination on Lake Como, but plenty of smaller, more picturesque towns dot the lake’s shore and serve as good bases for exploring the area. Some of the most popular are Bellagio, Menaggio, and Varenna, all located near the middle of Lake Como. During the high season, which runs April-October, the best way to get around Lake Como is by ferry. However, I arrived just in time for the winter schedule to take effect, and I found that buses and trains, which ran more often, were a less expensive and totally reliable method of getting around Lake Como. From Bellagio, I did take a high-speed ferry to the town of Como. The high-speed ferry is not designed for tourists because it hurries you to you next destination and charges you extra for it. The summertime’s slow ferries serve wine and provide you with a chance to just sit back and enjoy the lake. 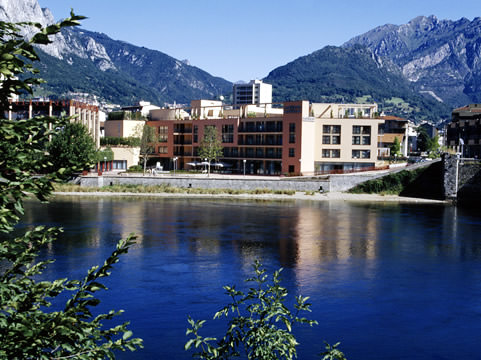 Just a five-minute walk from the town center, this hotel comes at a great value, providing clean, modern rooms with views of Lake Como and its estuary for less than 100 euro/night (peak season rates may be more). Billed as a four-star hotel, the service and “American” breakfast live up to the stars, but the rooms are a bit small. A terrace is open to all hotel guests and serves as a great place to tan or eat a picnic lunch while gazing over the lake. Thirty minutes free WiFi is available in the lounge. If you run out of time, just ask for a new code.
Via A. Visconti, 84

Ristorante Pontile Orestino – $$
You can get a great bowl of homemade pasta here for 7-8 euros, and the secondo range between 11-16 euros. The atmosphere is tacky, but the restaurant ultimately makes you feel like a local. This is traditional food at a great value.
Lungolario Cesare Battisti, 4

In my next travelogue post, I’ll visit the culinary mecca of Alba and share the sights and aromas of the annual White Truffle Festival. Stay hungry my friends.