I’m on a bus cruising up the Dalmatian Coast to the coastal city of Split. Croatian music blasts: a combination of deep-throated Slavic folk singing with what sounds like wood blocks, a harpsichord, and alarm clocks. The Adriatic Sea is directly below me on the left (there aren’t enough guardrails, fyi) and Croatia’s 1,183—wait, scratch that, they just recounted—1,244 islands are all 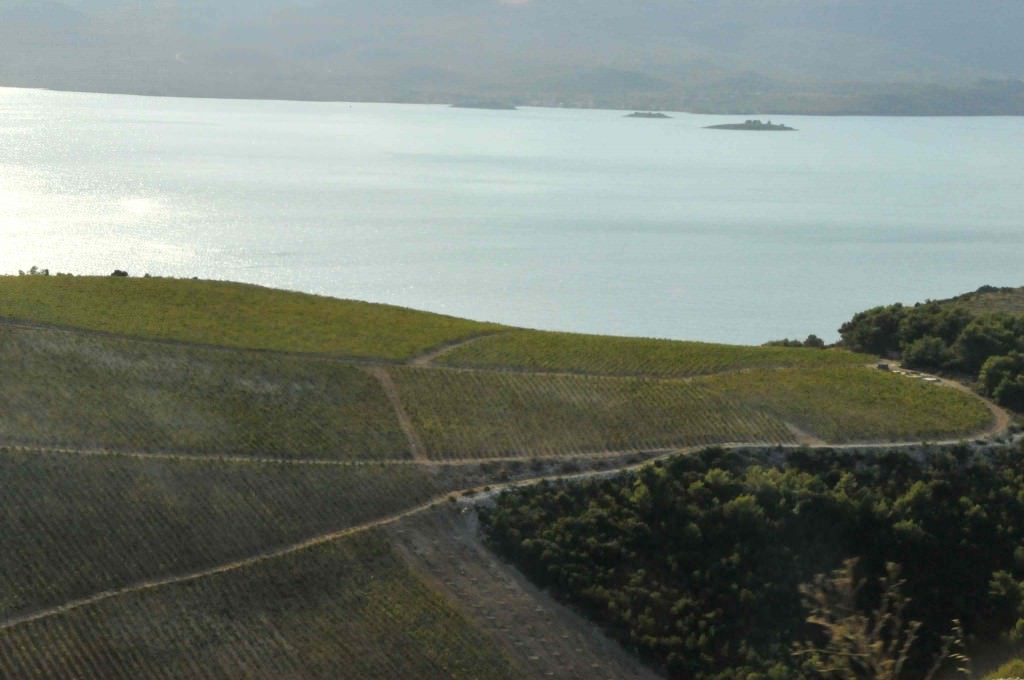 out there. They are encrusted with limestone cliffs, where the vivid turquoise water grows even brighter. Yucca plants and palm trees dot the pebble beaches.

Last night I was on a mission to learn more about the Dalmatian Coast’s most important red grape, plavac mali, which is a relative of zinfandel. At Branka’s suggestion, I visited the store of Vina Milicic winery, located in Dubrovnik’s center. Dolores Racic was working behind the counter and bubbled with information. “People say I talk too much,” she said, “but a couple from Texas returned the other day, saying I was the only one who spoke with them. So, I am the ambassador of wine!” 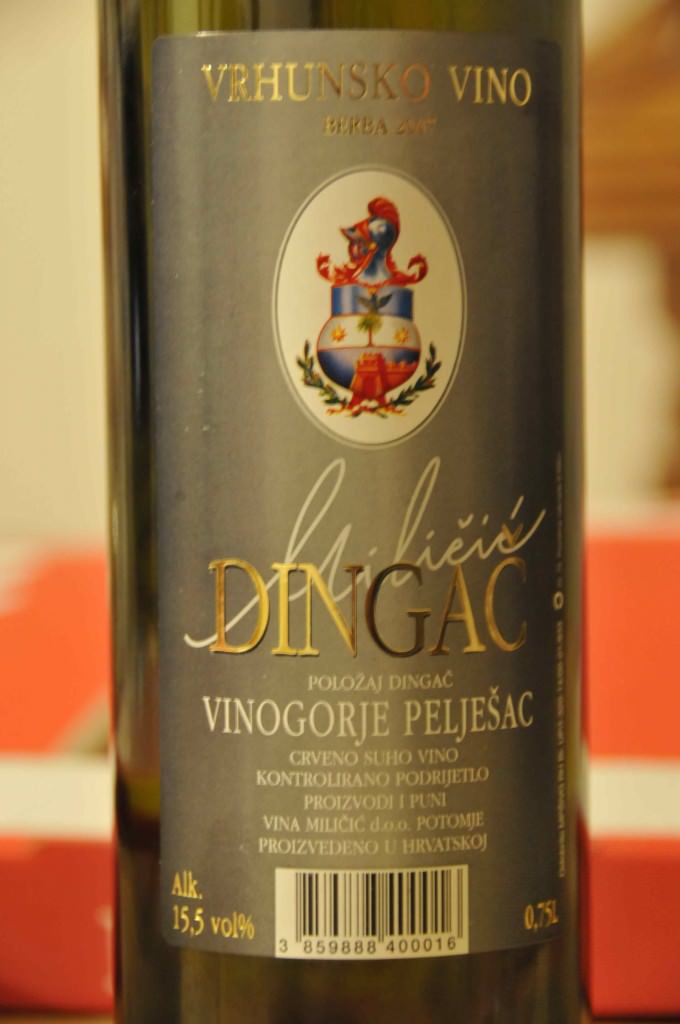 because they are all descendents of the crljenak kaštelanski grape. The most important wine region near Dubrovnik is Dingac on the south side of the Peljasac peninsula, where plavac mali is grown. It is on the sea and it is very steep, and I am not exaggerating when I say that it is so steep that some pickers must wear ropes to harvest the grapes.”

The wine region is about an hour and a half north of Dubrovnik, and you can visit it on your own or on an organized tour. I contacted several winemakers, and most are open Monday-Saturday and charge three-five euros for a tasting.  Below is a list of Dingac wineries who’s wines I really enjoyed, and I suggest contacting them by email a few days before your visit to either make appointments or confirm that they’re open for tasting. If you don’t want to set up tastings on your own, I’ve also included two well-known wine tour companies. 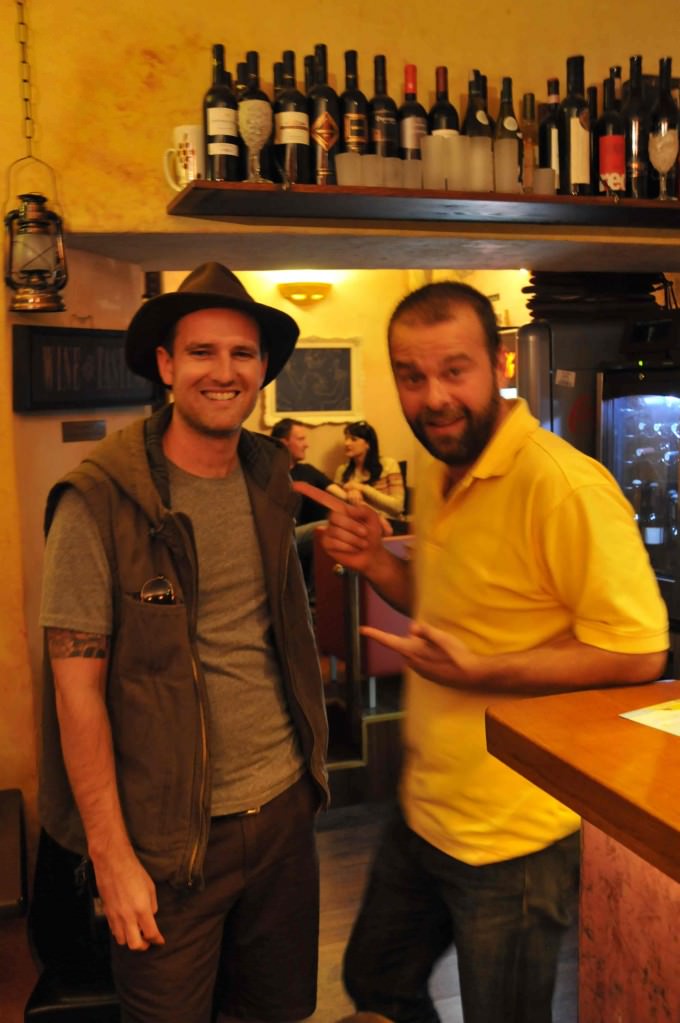 I couldn’t make it to the Dingac region, so I visit D’Vino Wine Bar, where flights featuring local grapes are served for 50 kuna ($10). Each of the three plavac mali wines that I tried had different characteristics and showed just how important location is. The first was grown in the Plavac region and was light; the second in the Postup region, and was medium bodied; the third was from Dingac; it was full bodied and easily the richest and smoothest. Croatian winemakers create wines in their own idiosyncratic styles. They’re ferociously unique, and they don’t apologize.

It was a pleasure meeting Sasha Lusic, owner of D’Vino and a chill guy who likes to tell crass jokes almost as much as he loves to talk about wine. After tasting the wines, I met a couple from Washington who were part of the Tri-Cities Wine Society. Then I met a couple from South Carolina. Not exactly a local place, but good for mingling. Sasha treated us to a special tasting: his homemade liqueurs, including Dubrovnik’s famous walnut and rose-flavored liqueurs. Rosolio is produced using the petals of local roses, which are put into simple syrup and allowed to sit in the sun before combining with a plain spirit, such as grappa. I’m a big fan. But the best liqueur that I tried at D’Vino was grappa infused with figs—grappa-saturated figs served on the side. If you visit, definitely ask Sasha what he’s got lying around. 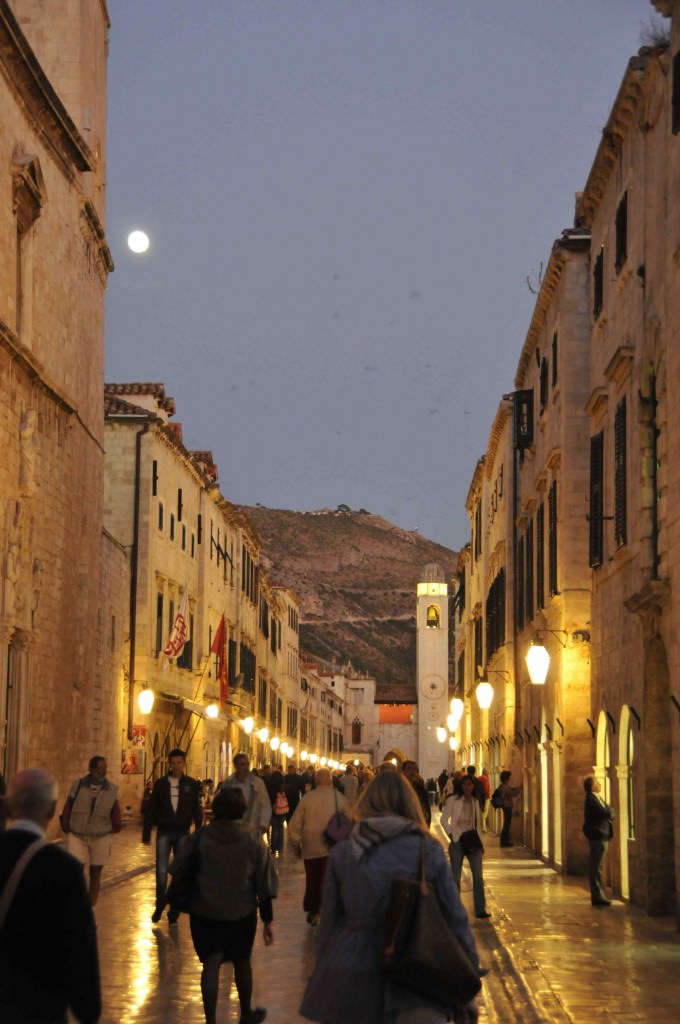 (On a side note, it can be difficult to find top quality rosolio outside of Dubrovnik, so definitely purchase it in the city when you’re there.)

On my walk home from D’Vino, there was a beautiful moon above Dubrovnik. I passed a local wine store filled with old men and decided to drop in. It sold vino sfuso (bulk wine). The old men welcomed me and I tried both the local white and red wines. I wasn’t a fan of either, and, in general, the table wine that I had in Dubrovnik was not as good as that I’ve found in Italy. That doesn’t mean that I didn’t finish the two glasses.

I’m almost in Split now, and I’m just realizing that I’m late. It’s 6:15 and tonight’s dinner is at seven. Great. For the next seven days I’ll join a press trip, and we’ll visit cities all over Croatia. Earlier, I missed my first bus because I couldn’t find my passport (I had one of those travel-freak outs when you think you’ve lost everything). Bosnia possesses a stretch of Adriatic coastline, and passports are needed if you’re traveling between Dubrovnik and Split. I ran back to my hotel  and Maria, the owner, helped me find it. I’d stuck it in a book of poetry! Then she sent me on my way with a shot of homemade walnut liqueur. Thanks again Maria!

Croatian Winery Recommendations on the Peljasac Peninsula and Dingac Region: 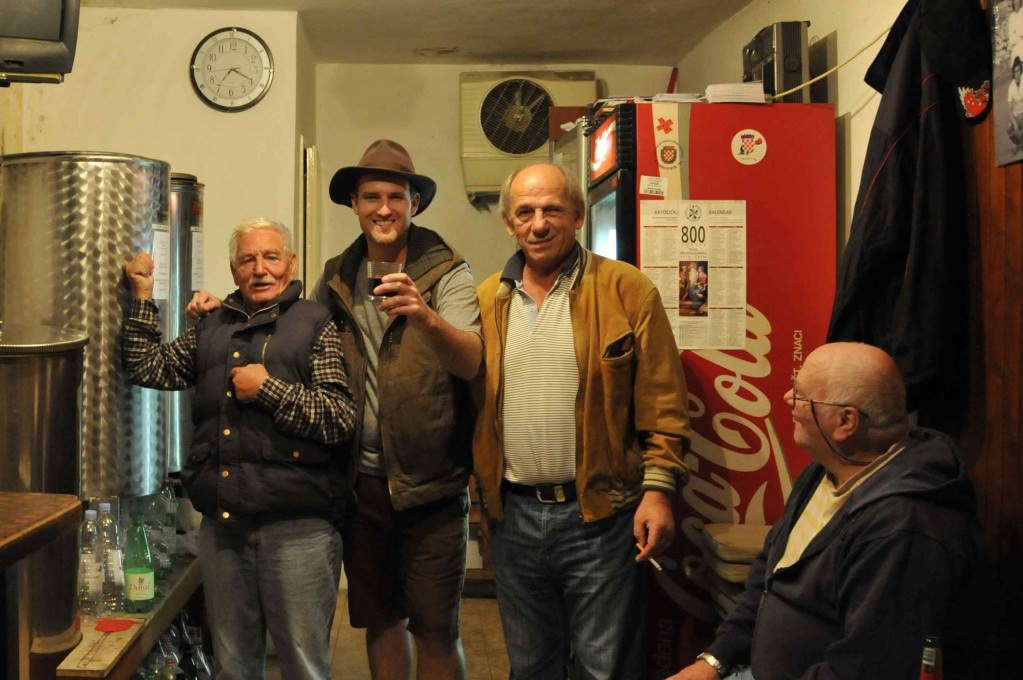 For a more rock n’ roll tour, you can contact Sasha Lusic of D’Vino at sasha@dvino.net. He’s a lot of fun, and he’ll give you experiences that you’ll never forget.

Written by Mattie Bamman, the Ravenous Traveler for EuropeUpClose.com

Touché! Carole Meredith, the UC Davis Prof who researched the history of Zinfandel, wrote "We think that Zinfandel (a.k.a. Crljenak Kastelanski) was once widely grown in Croatia. Disease probably killed most of the vines, but not before a chance cross-pollination took place between Crljenak Kastelanski and Dobricic, giving rise to a seedling that became Plavac Mali."

Thanks Vinologue for setting it straight.

Ah, so there are some Croats stating the Zinfandel-Primitivo-Crljenak relationship incorrectly still... Those three wines are genetically identical. Plavac Mali on the other hand is a cross between Crljenak and Dobri?i?, so it's Plavac Mali that is actually the son.

We'll have to stop in to chat with Dolores the next time we're in Dubrovnik.