In Ireland, a nation known for rebelliousness, Cork is known as the rebellious county. The Blarney Stone is located in the area (8km from the Cork City), and according to legend, those who kiss the stone are afforded the ability to deliver eloquent empty flattery. Thus, not only are Corkonians prone to shaking a fist at authority, but they’ll give speeches as they do it. 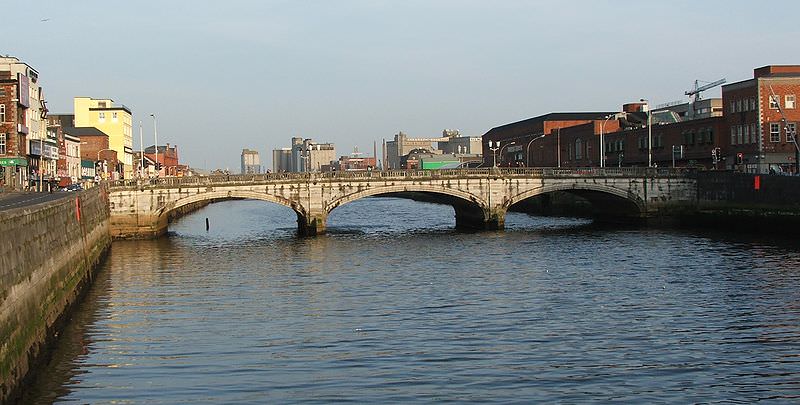 Cork is the largest of Ireland’s counties and is also the most southwestern — which means that the tip of Cork County, Mizen Head, is the closest Ireland ever gets to the continental United States. Cork City is the third (or second, depending on how you look at it) largest city in Ireland after Dublin and Belfast. The city is built on an island in the River Lee and spreads out across several hills. The people are known for their humor, rebellious nature and ability to suck down good beer. It is a fun place to spend a few days or a few weeks. Like most cities in the British Isles, Cork was founded by a monk in the early centuries after the death of Christ. His name (St. Finbarr) and his flock survived the Vikings, the English, famine and mass migrations to stand, today, as a great place to go pub crawling and sight-seeing, lick the Blarney Stone, or do some cliff hopping in one of the smaller towns near the coast, like Goleen or Skibbereen. 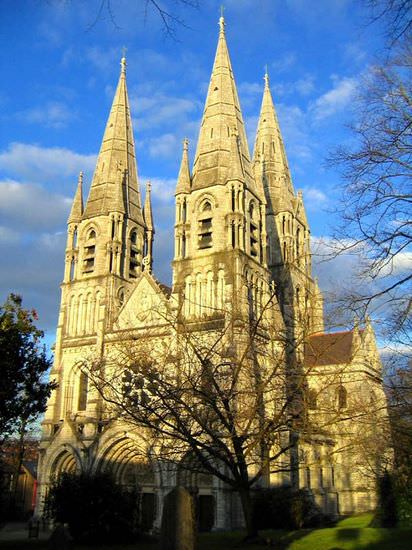 In Cork City, some of the more famous sights are the Shandon Steeple, on the north side of town, and St. Fin Barre’s Cathedral, the massive triple-spired cathedral built on the site of St. Finbarr’s first monastic school. The Shandon Bells at the top of the steeple ring out across the city daily and it is supposedly possible for visitors to choose from a list of melodies and have them broadcast across the city. If anyone manages to do this, please write in and let us know.

At the mouth of the River Lee sits Blackrock Castle, a stout castle that was built for defense, but now is breached by legions of foreigners each and every day. The Cork Heritage Park at Blackrock is a good place to spend a day. Visit the Old Gaol to see what happened to those foreigners back when Blackrock Castle was doing its job; the Gaol has an audio tour describing all of the things guards and inmates did together during their stay. 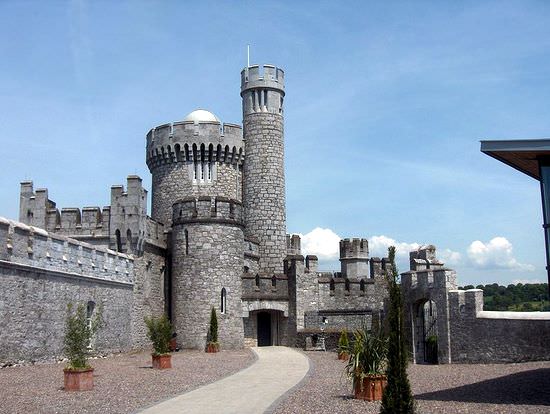 One of the best things about Cork is getting out into the countryside. East of Cork are farmsteads and rolling hills, stretching all the way to Waterford (and north to Dublin). To the west is the coast and home to some of Ireland’s wildest coastland and fastest Irish speakers.

The West Coast of Ireland is a wild and rocky stretch covered in moss and scrub brush — a perfect place to watch the Atlantic begin its assault on Europe. The sandstone hills melt down into coastline bays and pirate coves and you can easily get lost in a “faerie” world if taking a hike through this area. There are several small one-pub towns along the coast that offer up bed and breakfast accommodations,– like Barelycove and Crookhaven. 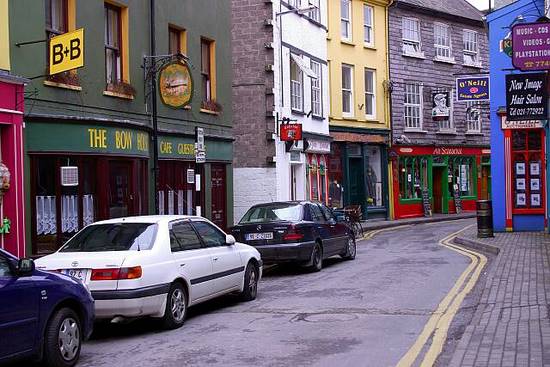 Larger, more famous towns like Bantry and Kinsale should be on everyone’s itinerary in this part of the world. Bantry Bay is a beautiful little port that twice was the staging point for a French invasion force (both of which failed). The old Earls of Bantry lived a good life and their house is on display, as are the statues of Jame II and Wolfe Tone, the ill fated rebels who died fighting the English as they waited for the French.

Kinsale, farther down the coast, saw its fair share of rebellious behavior as well. But now it is a refuge for those who love yachting, gold, and gourmet restaurants. Gourmet food abounds in County Cork, from fresh “fruit of the sea” to stuffed, organic pigs from Cork City’s English Market. The county’s reputation for good food has elevated the game of all of the restaurants in the area and that is just good news for all of us visitors. Irish Pubs, naturally, need no introduction from me; they will always be perfect, somehow.