Copenhagen excels at many things – it’s one of the greenest cities out there, arguably the most bike-friendly, and it has impeccable taste in art and design.

It’s also made quite a name for itself as a gastronomic capital, not least because of its enviable seaside locale and plentitude of fresh, innovative talent. Perhaps most known is the multi-starred Nobu, which has been recognized as the world’s best restaurant for several years running. Be warned, a seven-course dinner of Nordic cuisine there can mean a months-long waiting list and a price tag of roughly $300. 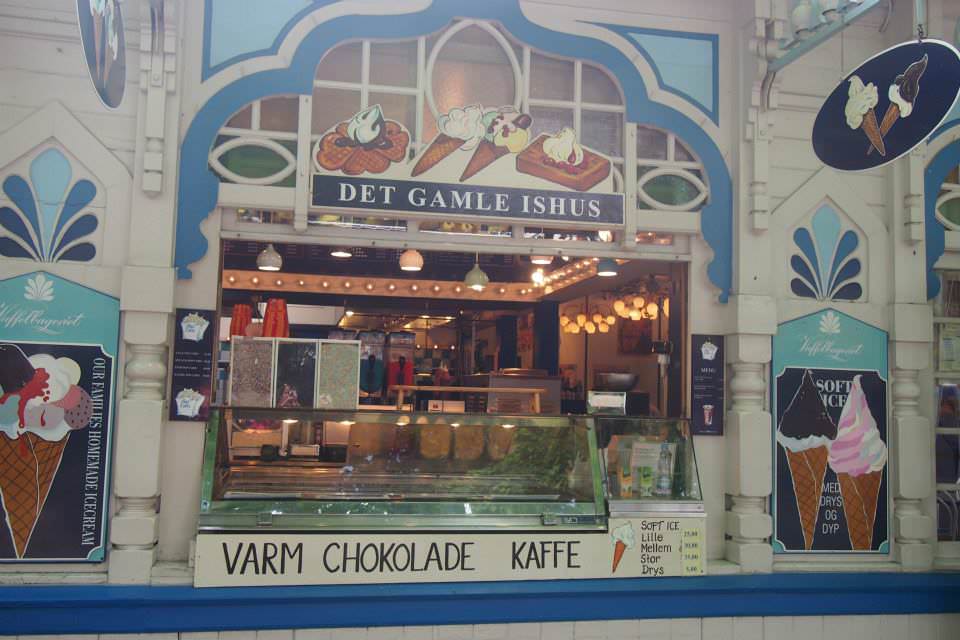 Happily, there is also a wonderful tradition of street eats in Copenhagen, meaning foodie travelers don’t need to completely empty their pockets in order to eat like a local with some Danish flair. Given that sight-seeing all day can build up a fierce appetite, here are four recommendations for snacks that will help keep you fueled while on the go in the Danish capital. 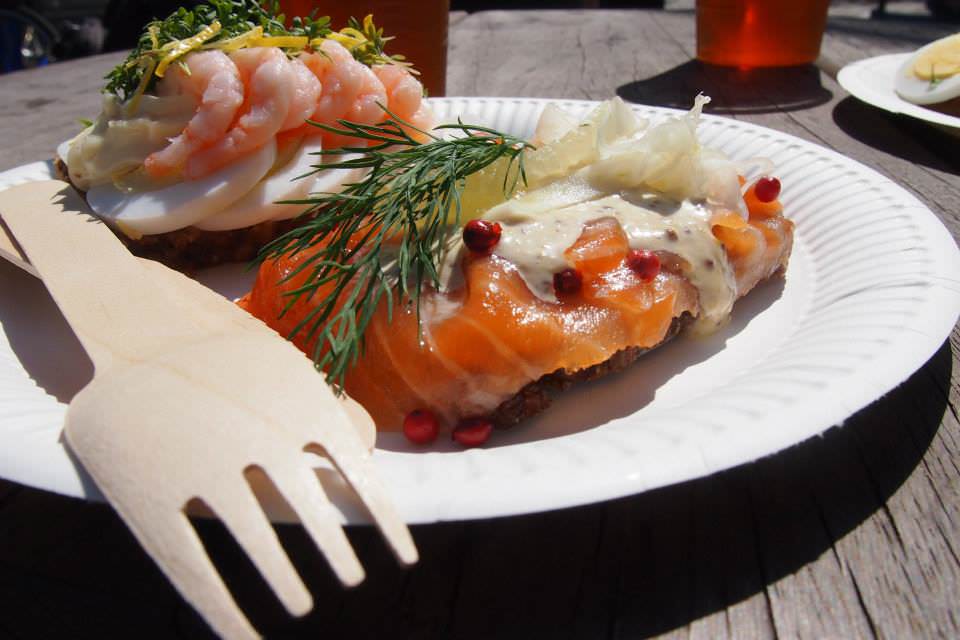 By far the most popular snack or light lunch, or even breakfast, the smørrebrød open-face sandwiches are much loved by locals and visitors alike. Available at delis, cafes and many bars and restaurants, there is almost an infinite number of possibilities of what a smørrebrød can contain.

The easiest to find are ones with smoked salmon, dill and capers on top, or perhaps prawns with lemon and a light mayo; but there are also ones with egg, ham and cheese, roast beef, salami, herring and variations of salads, to name but a few. Most are served on dense rye bread, which makes it easy to pick up. 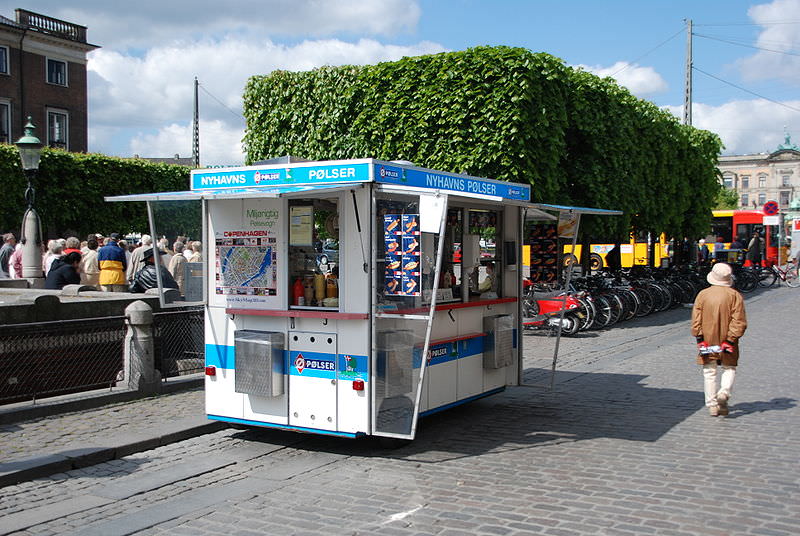 Hot dog stands, called pølsevognen, are all over the city center of Copenhagen. Make sure to order one with all the works, or the Ristet hot dog, which can be found at pretty much any stand.

The Ristet comes with crispy, fried onions, thinly sliced pickles, mustard and ketchup, and the local remoulade, which is a sweet relish. This one also has the advantage of being served in a bun – most other sausage options are served with a roll on the side. 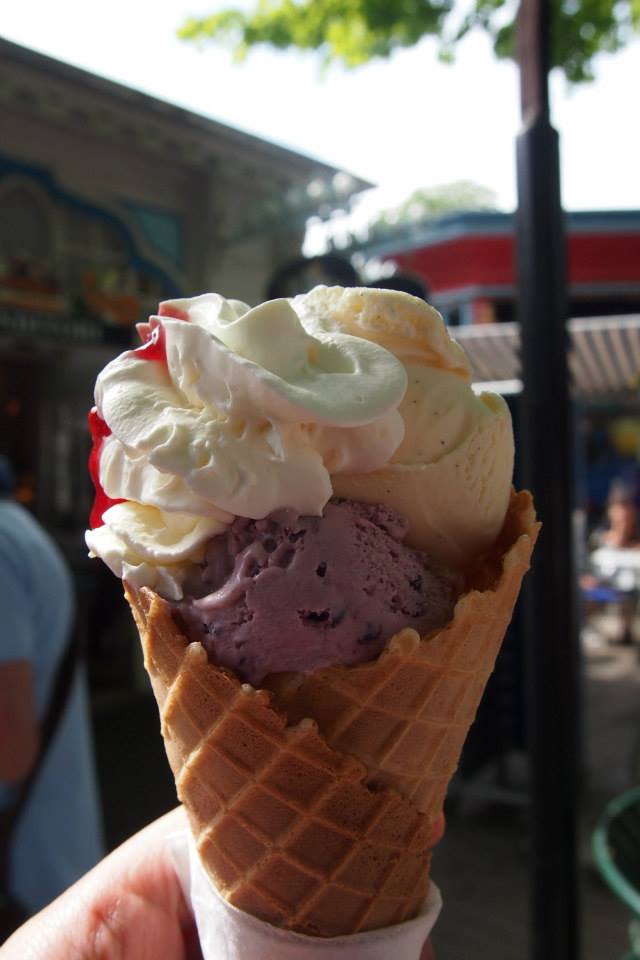 The Tivoli Gardens ice-cream stand has been serving up scoops for more than 100 years, and was recently voted by National Geographic as one of the Top 10 best ice creams worldwide.

Be sure to try the specialty, the Amerikaner,  which consists of four scoops of ice cream in a waffle cone with syrup, whipped cream and chocolate-covered meringue; or opt for a blob of raspberry jam on top, which goes wonderfully well with whipped cream. 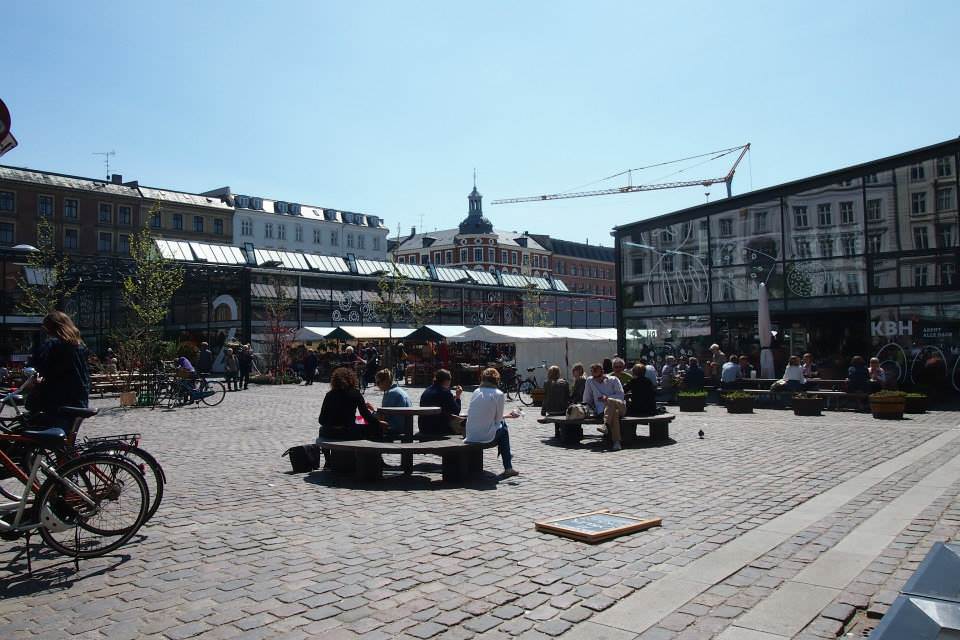 The Torvehallerne Food Market, located just a block from the Nørreport metro station, contains two large halls and surrounding patios which are nearly always brimming with families and groups of friends. 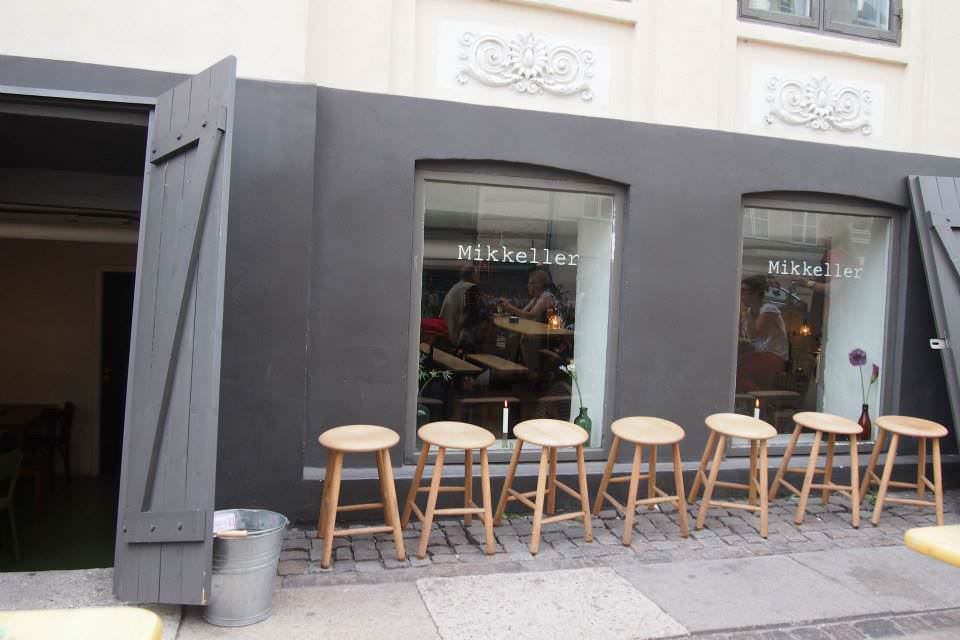 While not exactly a foodstuff, the varied beers of Denmark’s much-respected and popular Mikkeller brewery are a must-try, and no place is better to sample them than at the namesake Mikkeller Bar in Vesterbro. This bar has consistently been ranked the best pub in the city. About 10 types of Mikkeller are usually on tap, and the menu lists more than 100 bottled varieties from around the world. It’s a dangerously comfortable spot to while away the afternoon.

Written by and photos by Guest Contributor Fiona Gaze for EuropeUpClose.com.  Fiona Gaze is a food and travel writer based in Prague.

Nice article and definitely lists some of the highlights. I especially love Torvehallerne, but the food there can be quite pricy - for very good quality though! Btw, the famous restaurant is Noma (not Nobu).

This brings back some happy memories and gave me a chuckle, remembering the first time I saw an open-faced sandwich. I was 16 and in the Copenhagen train station cafe. I wondered why they hadn't put the top slice of bread on my sandwich! I'll have to return for the street eats in one of my favorite cities.