Denmark is famously known as the land of bacon, butter, and beer, and as unhealthy as that sounds, these wonderful Danish cooking ingredients are usually balanced out with high-quality fruits, berries, and vegetables. Gourmets from around the world laud Copenhagen’s best restaurants. 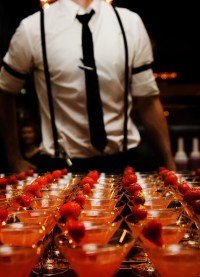 profiles usually seem peculiar to American palates because Danish cuisine is truly its own thing. What’s a journey all about anyway, besides indulging in new taste experiences, something the Danes provide in spades? Smørrebrød often look like works of art, and you get to design your own when you order one at a deli.

One not-to-miss Danish food is Leverpostej, or liver paste. It serves as the basis for most open-faced sandwiches and is made from pork liver, herbs, salt, and pepper. Denmark’s pork products are highly regarded in general, and domestic prosciutto is usually of very high quality. Roasted pork served with boiled potatoes and brown sauce is wildly popular during celebrations, and it’s traditional to take shots of alcohol throughout some meals. Akvavit, for example, is a schnaps distilled from potatoes or grains and infused with herbs, predominantly dill and coriander. It is commonly served with pickled herring.

Here is list of some of Copenhagen’s best restaurants 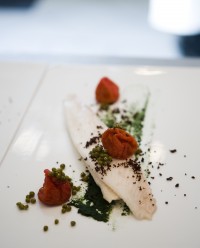 Voted the best restaurant in the world two years in a row by Restaurant Magazine, noma is known for surprising its guests with creativity and unpretentious service. Making a reservation is difficult but not impossible, and the best way is to book online. Refresh the webpage until an opening appears. Good luck!
Strandgade 93
Tel: +45 3296 3297

Formel B $$$$
This one-time, Michelin-star winner has decided to focus on small plates. The food is prepared with French techniques and has a bistro atmosphere, but the dishes are mostly Nordic fare.
Vesterbrogade 182
Tel: +45 3325 1066 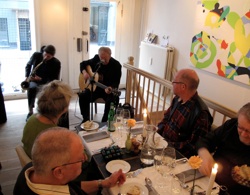 This restaurant has a tiny menu and the dishes, which include Danish salt cod and red wine marinated boar, are equally focused. For great service, organic beers on tap, rotating art exhibits, and a romantic atmosphere; look no further.
Studiestraede 17
Tel: +45 2012 4015 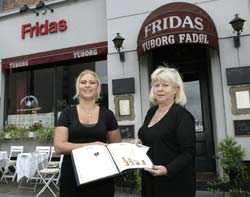 Frida’s $$$
It’s hard to find an inexpensive meal in Copenhagen, but this restaurant does it right, serving Danish comfort food, such as Stegt Kalvelever, which is veal liver with mushrooms, bacon, boiled potatoes, and brown sauce.
Gammel Kongevej 5
Tel: +45 3331 6510

Traveler Tip: If you like picnics, Copenhagen has a large number of delicatessens with high-quality ingredients. Why not make your own smørrebrød on the go?