When one thinks of the great foodie destinations of Europe; Spain, Italy, and France seem to come to mind first. But Switzerland has culinary charms of its own. In addition to the renowned cheeses of the region (which hardly resemble the hole-ridden Swiss cheese of American supermarkets), Switzerland produces some of the finest chocolate in the world and local winemakers quietly create quality Swiss wines that are virtually unknown outside the country’s borders.

25 Things to do in Switzerland 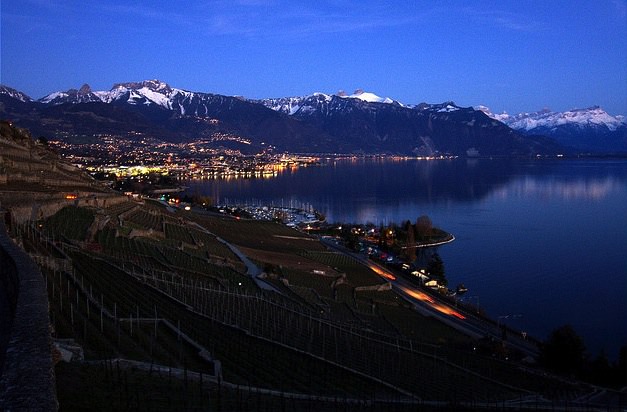 With Switzerland’s neighbors – France, Germany, and Italy – heavily influencing the cuisine, you can find everything from spaghetti to schnitzel to beef in mushroom sauce on menus around the country. Chefs take cuisine seriously here, and they have the accolades to prove it. The French-speaking side alone has 250 restaurants with Michelin stars or Gault Millau hats. Switzerland is even home to the world’s oldest vegetarian restaurant. For a taste of some of the best culinary treats the country has to offer, savor Switzerland in these three ways: through cheese, chocolate, and wine.

The most famous of Switzerland’s cheeses are Emmentaler and Gruyere (though there are many others worth trying). Near Vevey, you can take the ChocolateTrain to Gruyeres for a tour and tasting below the town’s castle. At the Gruyeres factory, visitors take an audio tour at their own pace and learn all about the production of the cheese, as told from one of the dairy cows, Cherry. While the tour can be a bit “cheesy” at times, it’s very informative, and only takes about 30 minutes if you stop at each station and participate in the interactive aspects, like smelling the various scents found in Gruyere (up to 75 have been identified in the cheese). The most exciting part – other than the tasting, of course – is standing above the production line and watching as the workers go through the entire cheese-making process. 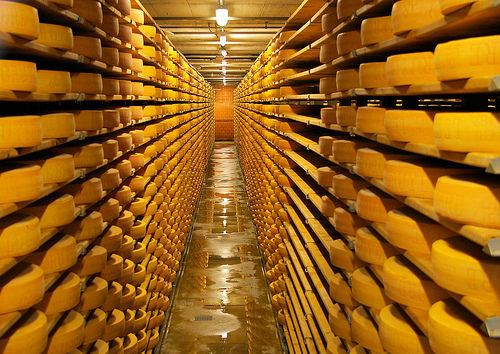 Visitors will see the milk and rennet firmed by heat and then poured into molds and pressed. They can look down on the wheels as they sit in a bath of 20% salt (a process that takes 20 hours, by the end of which the cheese has absorbed about half the salt). They can also see the molds that have been resting for 16 hours, during which they are turned regularly, before being moved to a cellar where they will be left to ripen for 5 to 12 months.  At the end of the tour, visitors receive a tasting of three cheeses of various ages; after they can hit the gift shop to buy their own cheese or a myriad of other Swiss souvenirs. You can visit as part of the day-long Chocolate Train excursion (which allows time in between for exploring Gruyeres town and castle) or on your own. Individual admission is 7 CHF.

If Emmentaler is your cheese of choice, you can also go to the Emmentaler show dairy to make your own cheese, and do a tour and tasting. Aside from Emmentaler and Gruyere, you’ll find all manner of Swiss cheeses available for the tasting, many of which come from particular regions in the country. Try whatever’s local. While hiking or biking in the countryside, keep an eye out for open farms, places where you can go buy direct from the farmers (often these are left unattended and run on the honor system; take what you want and leave the appropriate payment). Or visit a year-round farmers market where you can sample before you buy. 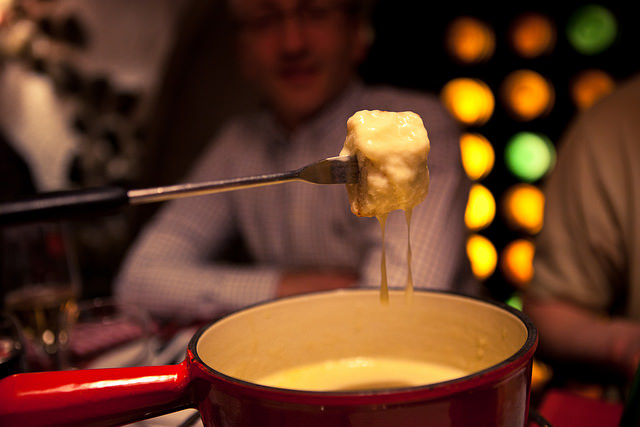 While no self-respecting Swiss person would be caught eating fondue in summer, it’s available in restaurants all year round, so steel yourself for the strong smell and save up for the cheesy splurge. It may be a touristy experience, but it’s a delicious one that shouldn’t be missed. And on the German-speaking side of the country, try the Alpmagronen, a traditional Alp macaroni and cheese, often served in one big communal bowl and consisting of simply noodles, cheese, and sometimes bacon, onions, or apple.

Chocolate has been made in Switzerland since the 17th century, with milk chocolate production beginning in the early 1800s. You can still visit the factory of the first company to make chocolate in Switzerland, the same company that also invented milk chocolate. François-Louis Cailler learned the art of chocolate making in Italy. After returning to Switzerland he founded one chocolate factory, and then a second, which he later gave to his son-in-law. That son-in-law, Daniel Peter, decided to combine his chocolate with the milk of his neighbor, Henri Nestlé (the Nestle company eventually acquired the Cailler chocolate brand) and milk chocolate was born. 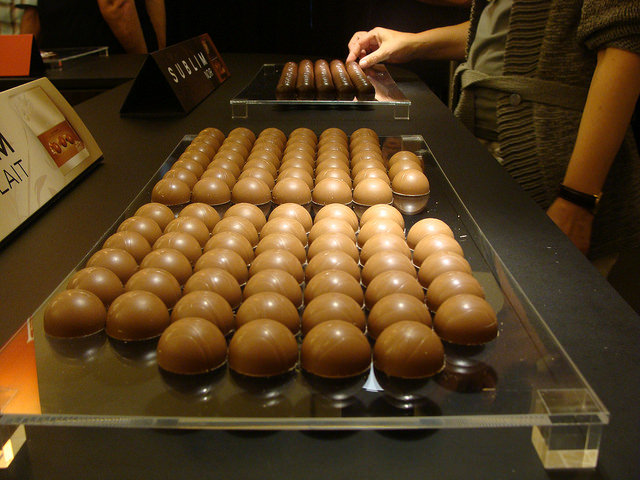 Visitors can now take the Belle Epoque Chocolate train to the Cailler factory. As mentioned above, it first stops in Gruyeres for a visit to the cheese factory, and then visitors travel by bus ten minutes to Broc to visit the Cailler factory. The train runs Monday, Wednesday, and Thursday in May, June, September and October and daily in July and August. A 1st class ticket for the full 9am to 6pm trip, including visiting the cheese factory, Gruyeres castle, and Cailler chocolate shop, is 99 CHF for an adult or 49 CHF with the Swiss Pass. Admission to Cailler on your own is 10 CHF.

Here the tour is also automated, with animatronic figures and dramatically voiced dioramas used to illustrate the history of chocolate, from when ancient civilizations first discovered how to process it, to the modern history of the Cailler factory and the chocolate treats it produces. Visitors view an automated assembly line and are then given the chance to taste about a dozen varieties of the company’s signature candies. The factory also offers hands-on classes in chocolate making, and has a small café and, of course, a massive chocolate shop that would make Willy Wonka jealous. Visitors can choose from hundreds of chocolate treats, with most regular sized bars costing less than 2 CHF. 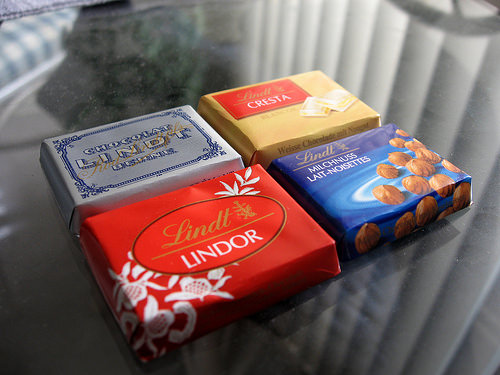 Despite the quality of Swiss chocolate, you don’t see as many chocolate desserts on Swiss fine-dining menus as you might expect. If that’s out of your price range anyways, just stick to the equally delicious supermarket options, or wander into any towns busiest chocolatier (just about every town has one). In Vevey, don’t miss a visit to Poyet, one of the best shops in Switzerland, and the preferred shop of Charlie Chaplin when he lived in town. In addition to a drool-worthy selection of truffles, cakes, and candies, the shop also offers chocolate-making classes to the public.

Switzerland has 3 main wine tasting regions – in the south near Ticino, in the northeast near Zurich, and in the west near Lake Geneva. Near Lake Geneva, the Lavaux region is one of the most striking, with terraced vineyards cut into the hills that rise out of the lake. The main grape grown in the Lavaux region is Chasselas, a dessert grape used to make white wines. Wine’s have been produced here since the 11th century, when monks built walls into the hillsides and planted the first vines. The region is now a UNESCO Heritage site that stretches 40km along Lake Geneva between Montreux and Cully, including 14 villages and 830 hectares of vineyards, which produce about 75% Chasselas grapes. 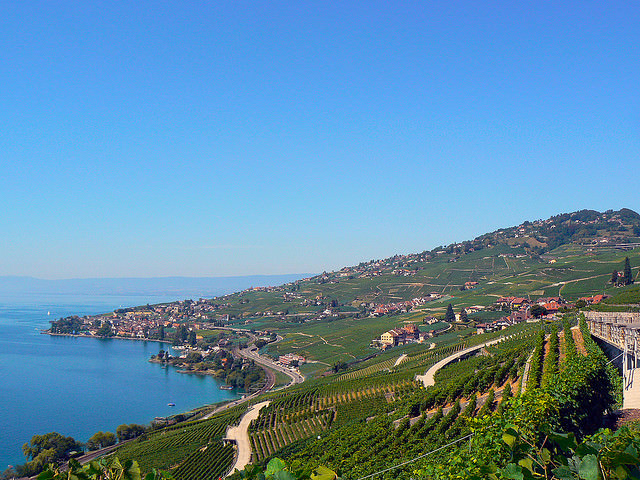 There are several ways to experience the best of this region. If you prefer to take it easy, ride one of the scenic wine trains – the Lavaux Express or Panoramic – which aren’t real trains, but motorized tourist trams that travel through the vineyards. In summer (July and August), a 3-hour tour that includes a boat ride and a stop for wine-tasting costs 60 CHF. If you’re more of a do-it-yourself traveler, there are several wineries open for tastings. Domaine Bovey offers one of the most picturesque locations, with a tasting patio overlooking the vineyard and lake. They produce 180,000 liters (about 250,000 bottles) each year, with 90% of the production white wine from the Chasselas grape. Most towns in the region also have a wine cellar that is open once a week to offer samples from several of the area vineyards. Others are open by appointment. Hiking routes within the vineyards are easy and well-marked, so you can take a boat or train to your starting point and then hike back through the vines, stopping for wine and lunch along the way. 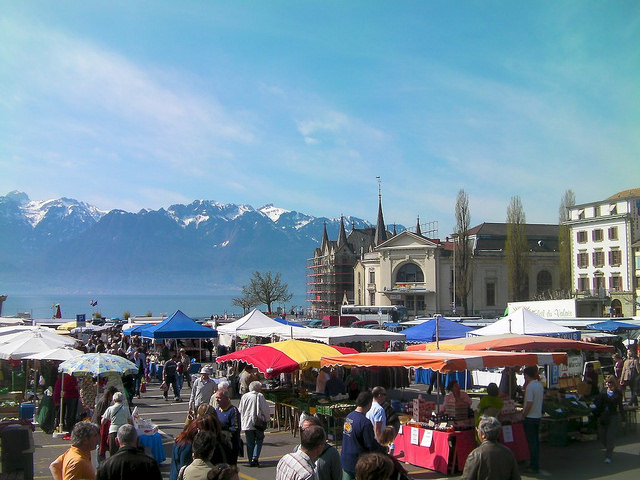 For more wine-tasting, check out the weekly Vevey farmer’s market, which on summer Saturdays from July to August, becomes a “folkloric market” with traditionally-costumed vendors and a public wine tasting. For just 5.50 CHF, get a souvenir wine glass and all the tastes you can handle. During the harvest, which usually takes place in early October, you’ll also find several festivals and events featuring wine tastings and wine-paired dinners, and most of the area wineries are open for tastings. The biggest wine festival of them all, the Wine Grower’s Festival, takes place every 25 years or so (once a generation) in Vevey. The next is scheduled to be held in 2019.

Thanks you for a very well written and informative article. It will greatly help me in planning my upcoming trip to Switzerland.