The greatest Gothic cathedral in France stands in Chartres, a pretty town on the Eure River in the Loire Valley. Chartres is only an hour by train or car from Paris, and many visitors make it a day trip — ride through the countryside, tour the cathedral, have lunch, ride back — and some wonder why all the fuss over one more medieval stone church with soaring spires, flying buttresses, and stained glass windows. 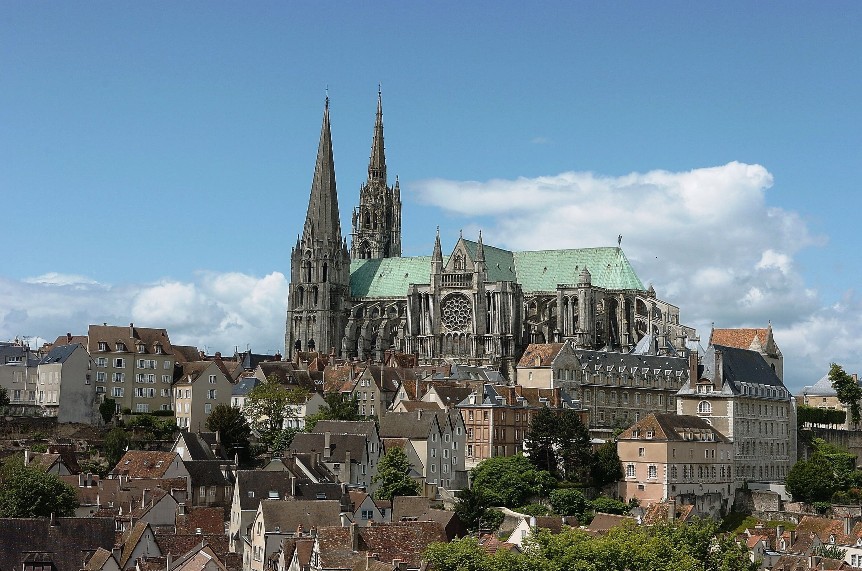 Having spent time in Chartres studying the cathedral and its history, walking the labyrinth, and exploring the town, I’ve learned that this UNESCO World Heritage Site is an extraordinary place, worth much more than a quick look.

Built in the 12th and 13th centuries, the cathedral is the sixth Christian place of worship to stand on this hill, and even earlier it was a place of spiritual ceremony for Druids. You can still see their ancient well, deep in the crypt. It’s been sacred ground for a long time. 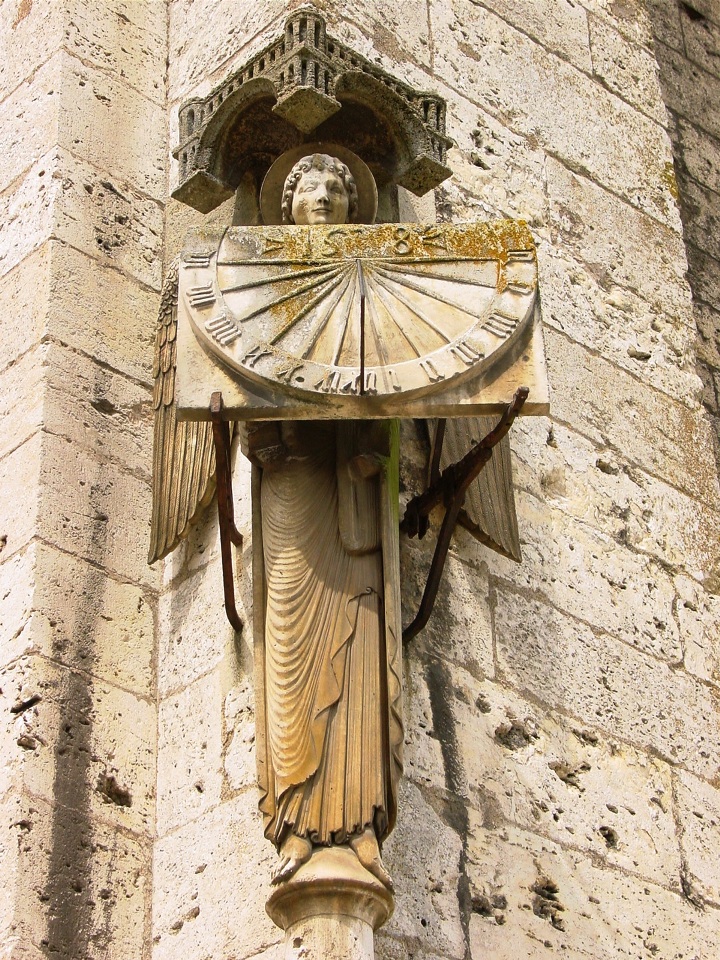 Angel on the exterior of Chartres Cathedral – Yvan Waemare

In 1194, the previous church burned to the ground, and when people heard that a treasured relic of the Virgin Mary’s veil miraculously survived the fire, they were determined to build a magnificent cathedral in her honor. Nobles, royalty, and laborers alike gave gifts, money, and skills, and in 25 years the work was almost completed. Changes in style continued over time, such as the tallest, most intricate spire, done in the 16th century.

When you pass through the huge doors, with their richly sculpted arches, and enter the dim, vaulted interior, you see 167 stained glass windows that glow like jewels. As the custodian Etienne Houvet said in the foreword to his guide, it’s as if you were “clad in a garment of gems.” The light and coloring change with the season and hour, and the impression is magical. Most windows show a biblical or saint’s story; a few depict French royalty and one has the signs of the zodiac. To learn more about how the multi-colored stained glass was made, and perhaps purchase a piece, visit the nearby Gallerie du Vitrail. 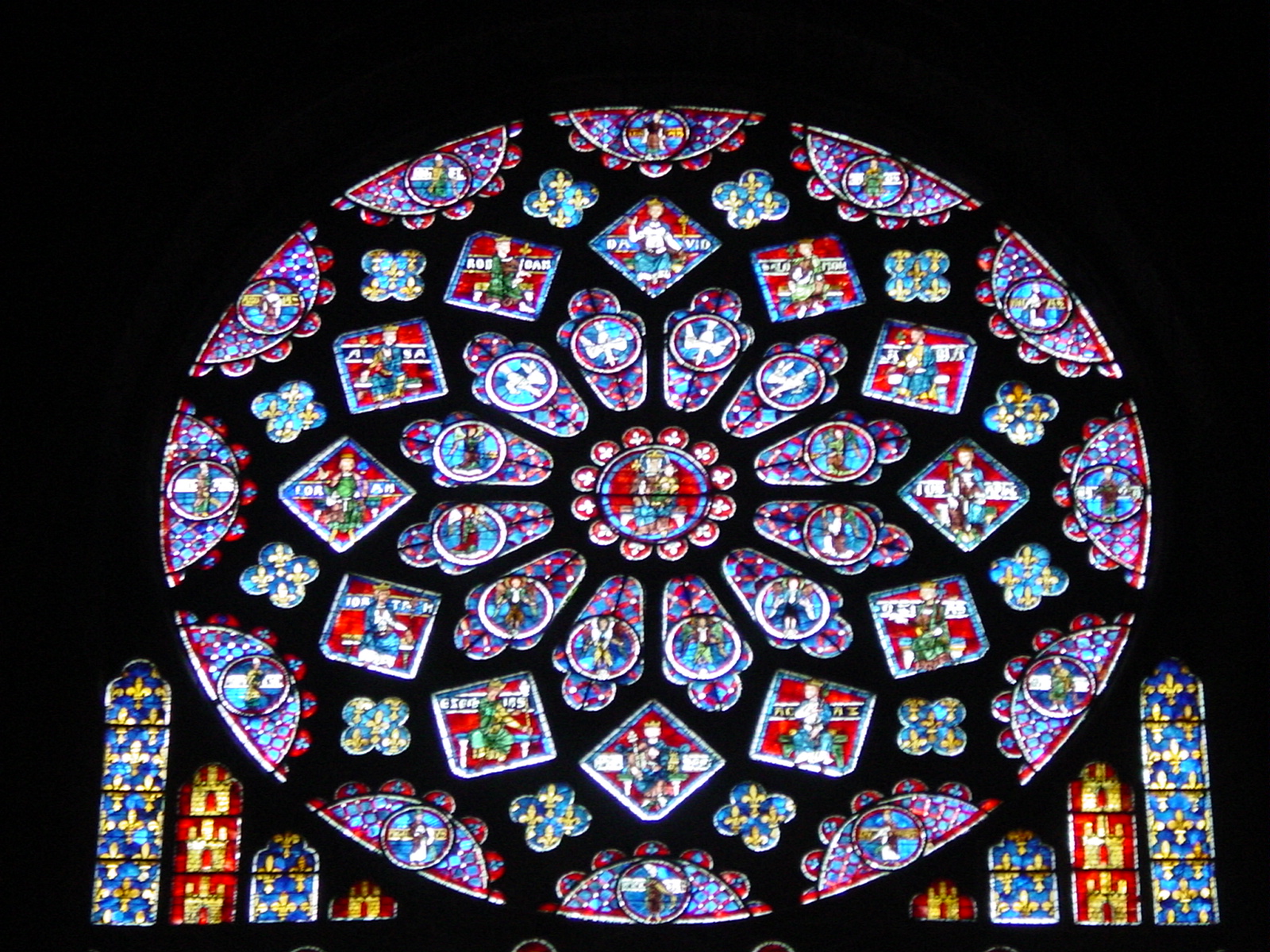 There are numerous carvings, screens, and sculptures throughout the cathedral. The Cathedral of Chartres is also home to two Black Madonnas.

On the floor, in the center of the nave, is the famous labyrinth (not a maze). Its well-worn stones are usually covered by chairs, but if you go on a Friday or an early morning you have a good chance of walking the 11 circuits. In medieval days the devout crawled the labyrinth on their knees, representing a pilgrimage to Jerusalem. Today’s pilgrims walk as a meditation, circling toward the center and out again. 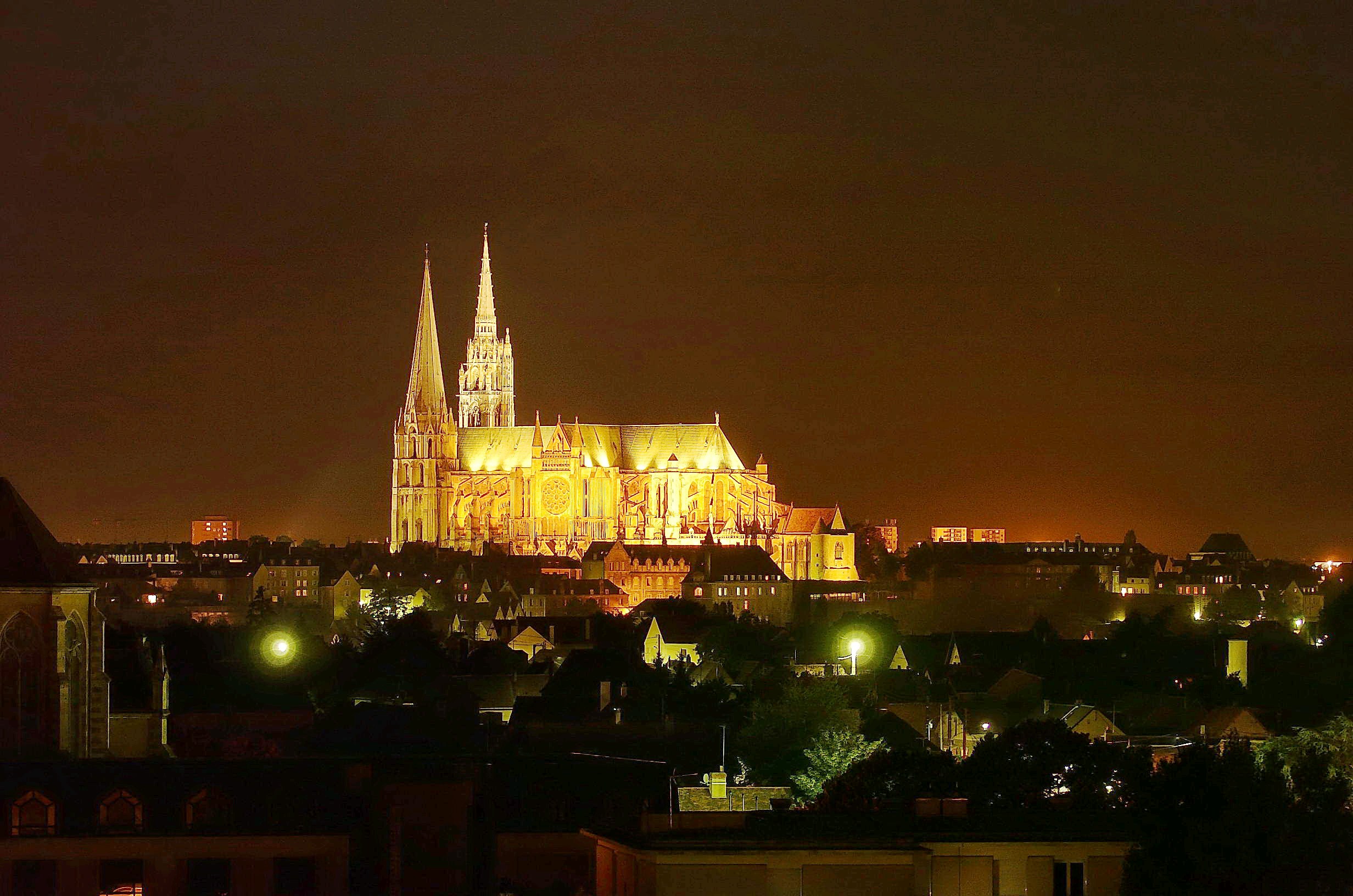 A guided tour is the best way to fully experience this unique place. Malcolm Miller is a recommended expert guide who can explain, in English, every aspect of the cathedral and its history. It’s guaranteed to help you see medieval art and beliefs in new ways.

Photos are © by the Chartres Convention and Visitors Bureau

[...] constructed in 1020 and destroyed by fire in 1194, the Chartres Cathedral was rebuilt in the 12th century by local citizens and royalty. This stunning cathedral is hailed [...]

Thanks for your comment, Carole Ann. You raise good questions and issues. From the ancient pyramids of Egypt to medieval churches of Europe and on to the great art of the present day, it's always been the rich and powerful who built or gathered the treasures we now admire. Whatever we think of the original message, we can enjoy those glorious expressions of creativity, appreciate the art and honor the artists.

Chartres as stated above is a lovely town with its own magical qualities, but the cathedral make it a must see destination. Climb up to the top to see the glory of the French countryside. Walk the labyrinth (I did not do it on my knees) and sit, listen and be bathed in multi hued crystalline refractory delight. But remember that this is a church which evidences the forces that caused it to be created. One can love the monument, but not its message. Would religion be as powerful if it didn't have these glorious evidences of the human mind, work and spirit? However, if there wasn't the religious power to fund the building, would another type of creation arise? Religion had its heyday and the riches amassed created vast stores of architecture, art, music, dance, etc., that we still reap the benefit of that expenditure. Sorry for the rant.

Normandy Nomad, thank you for your comment. The town of Chartres is indeed a wonder, and it's my next topic on EUC. Thanks for the reference to your enjoyable website. Marilyn

Apart from the Cathedral, the town itself has some superb architecture and the riverside walk beside the Eure is quite charming.