Like the beginning of so many gothic novels, it was tragically dark and stormy on the day I trekked through the foreboding forest up to Burg Frankenstein. The thick woods shrouding the ruins and craggy hilltop isolation of the castle, not to mention its connection with stories of the undead, fuel an eerie atmosphere of suspense and mystery, which makes this an especially popular destination during Halloween. The Halloween Festival at Castle Frankenstein (one of the largest in Europe) is a rather recent event introduced by American soldiers stationed at the nearby military bases of Kaiserslautern and Wiesbaden. These atmospheric ruins overlooking the Rhine River valley are a memorable experience whatever time of the year you happen to visit. 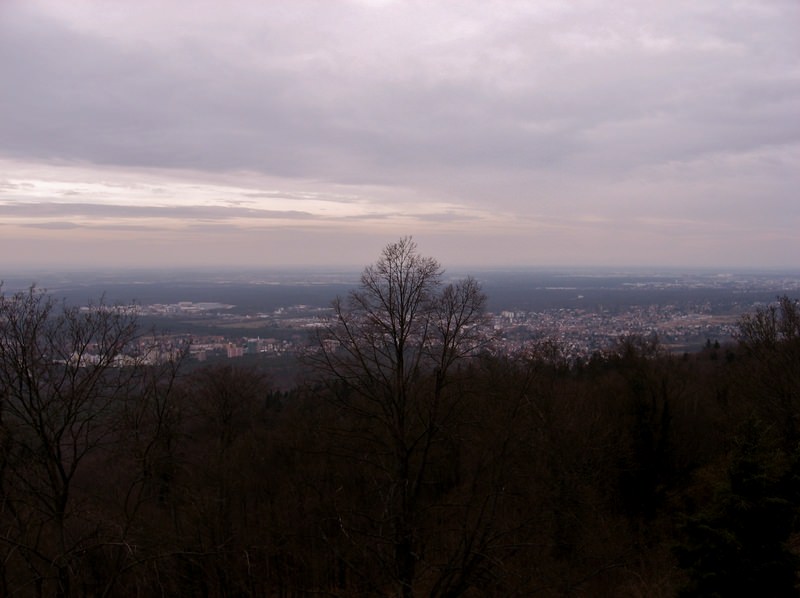 The history of the castle and its connections to the novel bearing its name are somewhat contested and twisted. Some sources state that a knight called Arbogast von Frankenstein won a duel in the early tenth century on the land, while other more concrete sources claim that the first castle and first instance of the name Frankenstein originated in the middle ages with a Lord Konrad II. Reiz von Breuberg, who, for unknown reasons, changed his family name to the House of Frankenstein. 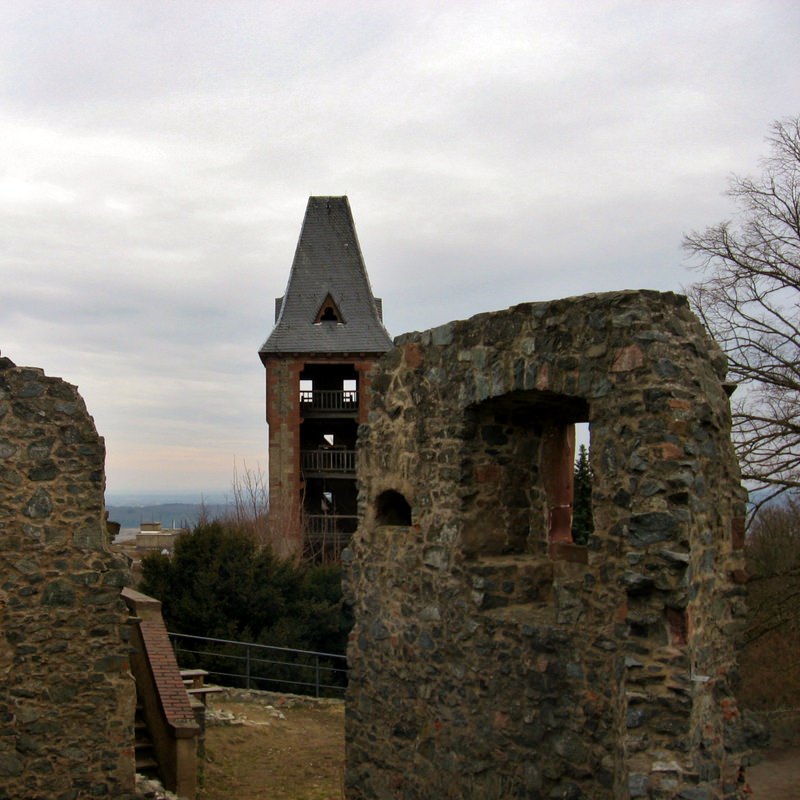 The major player in the Frankenstein legend, and possible influence for Mary Shelley’s mad scientist, was the eighteenth century alchemist, theologian, and body snatcher extraordinaire, Johann Konrad Dippel (von Frankenstein), who lived in the castle. His experiments with early electricity, interest in anatomy and dissection, controversial personality, and medicinal oil derived from charred bones quickly went into legend, which ultimately reached the Grimm brothers several decades later. The Grimms are said to have passed the story to Mary Shelley’s stepmother. Modern scholars are divided about the validity of the tales surrounding Dippel and his connection with Shelley, but that doesn’t stop visitors from believing the legend and shivering a bit when lightening strikes above the ruins. 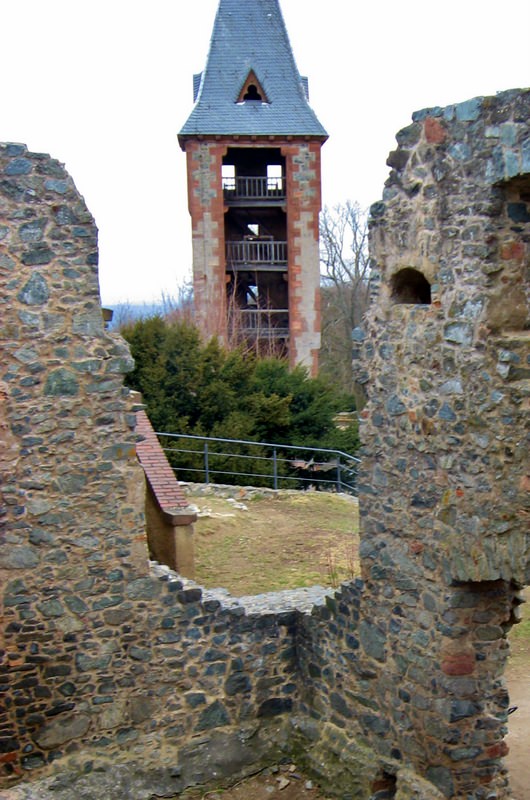 The castle is hollowed out in the center, but towers and the outer perimeter still remain, including a balcony that juts out over the trees and provides panoramic views of the Rhine valley. When I was there, a group of medieval re-enactors were staging sword fights and treating visitors to hot drinks and German sausages, which was particularly nice after walking in a rainstorm up to the castle. If you prefer not to park at the base of the hill (about a 30 minute climb through the woods), there is parking available next to the ruins. There is also public transport to the site, if you don’t have access to a car. All parking is free and admission is free. Although there is a box that requests a donation of one Euro to support maintenance of the site. A miniscule amount to pay for such a memorable experience. 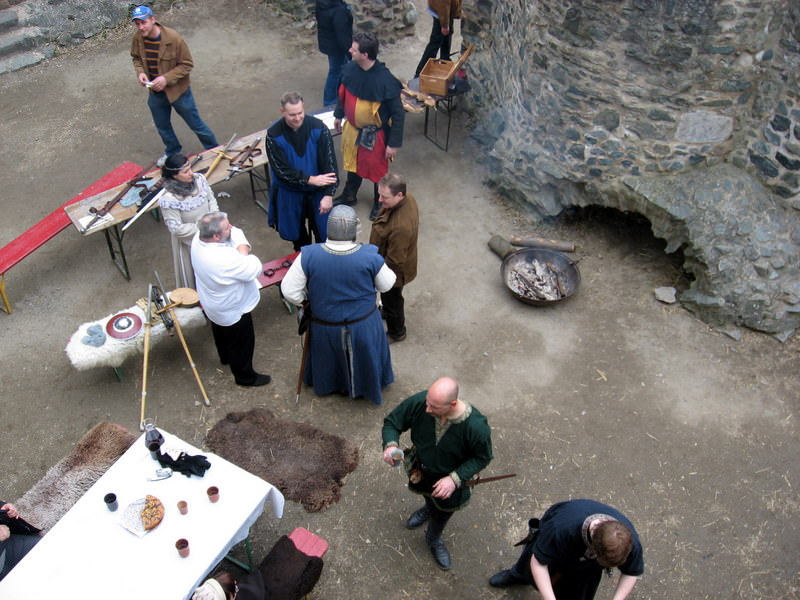 The castle is open from early morning to sunset on a daily basis. From early October to November the castle is transformed into a haunted fright fest and is open 24 hours a day. There are also medieval dinners and special events for other holidays throughout the year. 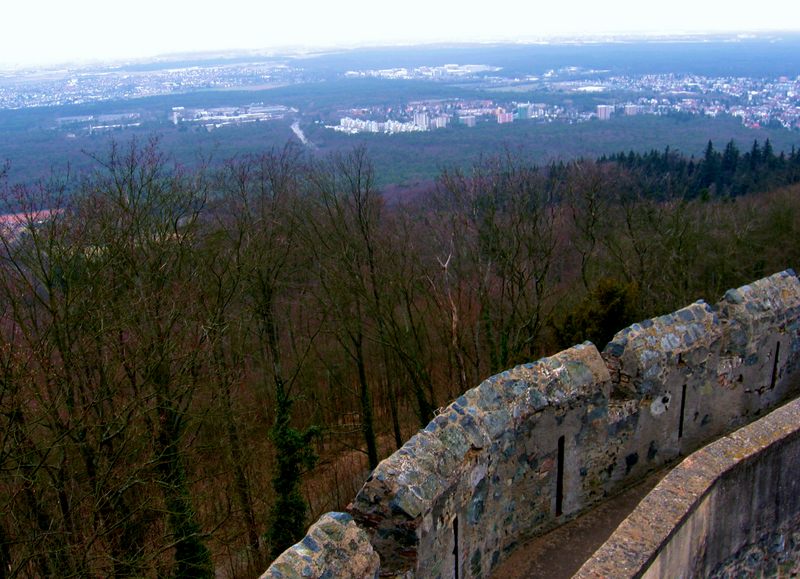 Surrounded by the cultural hubs of Frankfurt, Darmstadt, and Mainz, the haunted ruins of Castle Frankenstein make an excellent day trip on your journey to the German Rhineland.