During my second stint in France,  I worked as an English teacher at a lycée (high school) near St. Tropez.  Needless to say, I didn’t have a lot of disposable income at the time.  A culinary adventurer, I ended up spending a hefty portion of my monthly paycheck on eating out.  In the small town where I rented a guest house, there was one bistrot (a casual restaurant with 2 tables that opened and closed abruptly at the whim of the owner) and a boulangerie (that offered fantastic bakery products and sandwiches, but little else).  Thus, my Peugeot and I frequently found ourselves heading to nearby St. Tropez, Nice or Cannes to explore a more diverse culinary scene. 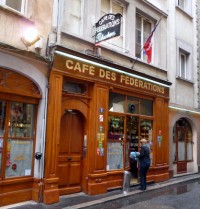 I enjoyed succulent duck confit at La Scala in St. Tropez, sipped lively cabernets at Le Bar à Vins in Cannes, and satisfied my sweet tooth on crème caramels at La Petite Maison in Nice.  As my tastes expanded, my bank account at the local Crédit Agricole shrank.  Tightening my proverbial belt, I searched for ways to reduce my monthly dining expenses without sacrificing taste, ambiance, or the certain je ne sais quoi of eating out in France. 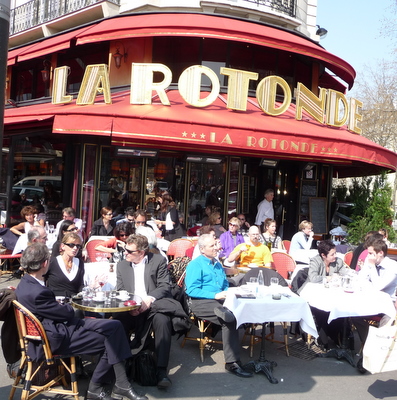 Though the terms brasserie, café, and bistrot tend to be used interchangeably in the U.S. (often to give an otherwise typical restaurant a Euro flair), in France, brasseries enjoy their own special place in each city’s culinary culture.  Unlike its casual cousin, the bistrot, the brasserie boasts printed menus, interior and exterior seating, and professional service, all in a comfortable atmosphere.  The French word brasserie means “brewery,” so you can expect to enjoy a good brew, a sparkling kir or a tasty vin de table (table wine) before or with your meal.

Each brasserie has its own specialties, but you can typically find “classics” such as salade niçoise, croque monsieur, croque madame,  and steak frites prominently placed on la carte (the menu).  Another perk is that brasseries tend to be open later than most restaurants and bistros, which make them a perfect place to grab a verre (drink) after a night at the cinéma, opéra, or théâtre (depending on your style). 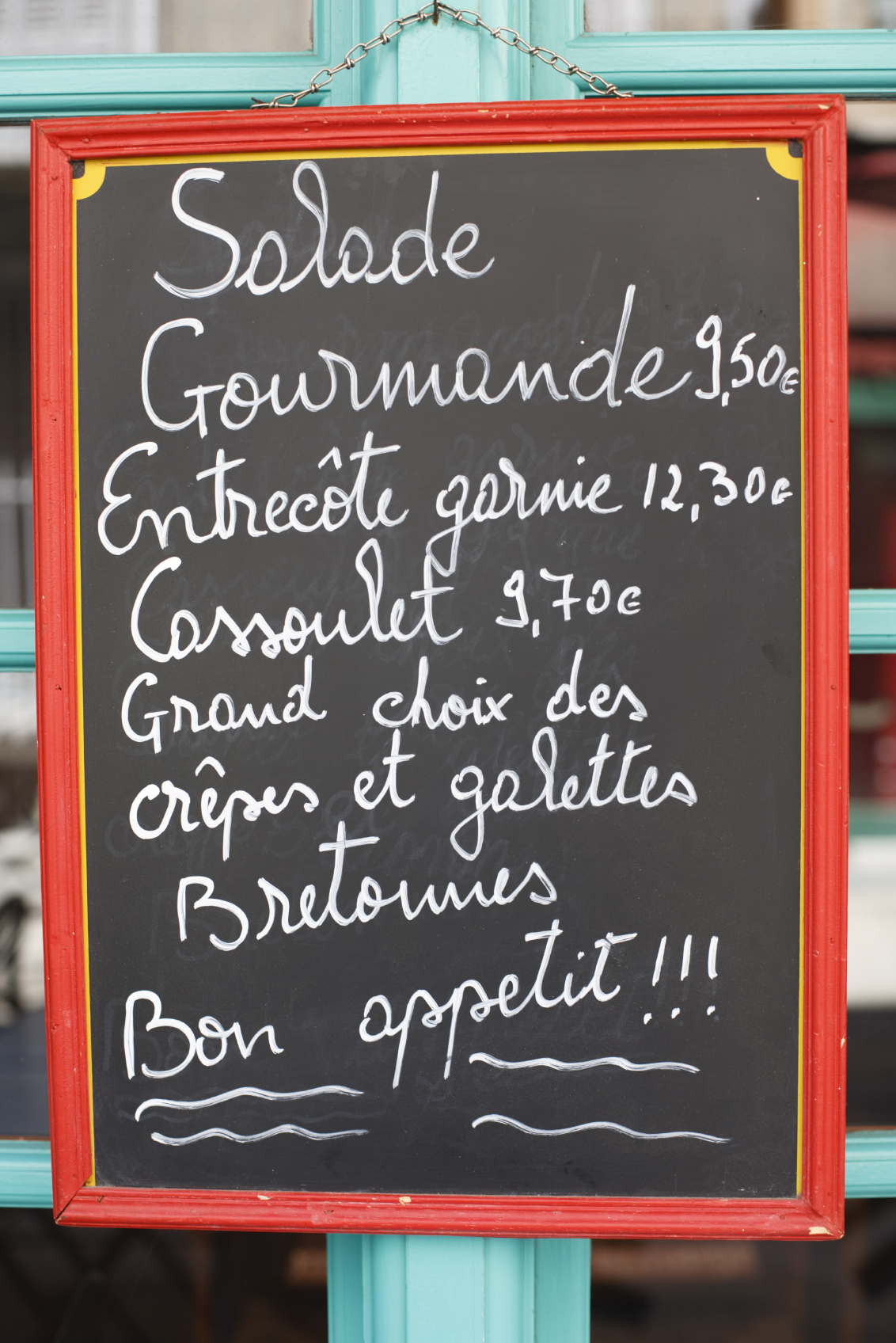 However, it wasn’t just the brasserie’s relaxed feel or tasty eats that won me over in the end.  It was  (drumroll, please)…..le prix fixe.  Each day at lunchtime, most brasseries worth their salt offer a two or three course meal (some come with your choice of drink) for a very reasonable price….a dream come true for frugal foodies.  Le ménu à prix fixe is typically displayed on a chalkboard outside the entrance of the brasserie.  What you see is what you get (no substitutions), but I am rarely let down by the tried and true combinations most brasseries offer.  If there is no ménu à prix fixe advertised, that doesn’t mean it doesn’t exist.  Typically, a simple inquiry “Avez-vous un ménu à prix fixe?” (or “Prix fixe, s’il vous plaît?”) does the trick.

To set itself apart from the other hundreds of brasseries in a large city, each brasserie has a distinctive flair.  Take, for example, the mod Brasserie le Virginie (known for its seafood specialties) in Nice , the higher-end Brasserie Balzar in Paris or the internationally-themed Brasserie du Casino in Cannes.  These establishments take the traditional brasserie format (and fare) and add a twist, to the delight of midday prix fixe seekers such as myself.  My advice?  Be adventurous, try them all.  You’re sure to find a favorite.  Your taste buds and your wallet will thank you.