Any tourist who visits Transylvania (western/central Romania) and asks “where’s Dracula?” is likely to be directed to Bran, the home of a medieval building that many tourist brochures call “Dracula’s Castle.” The 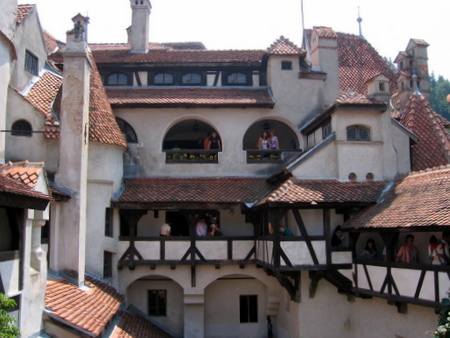 problem: Bran actually has no connection with Dracula, whether you’re looking for the fictional Transylvanian count or the factual Wallachian prince. The consolation: Bran Castle is a stunning and spooky edifice whose true history is an interesting tale in itself.

As you approach the castle, you will encounter dozens of stalls that exploit the supposed Dracula connection by selling vampire-themed T-shirts, mugs and masks, as well as specimens of folk craft and musical instruments. So Bran is, among other things, a great place to buy a goofy souvenir. 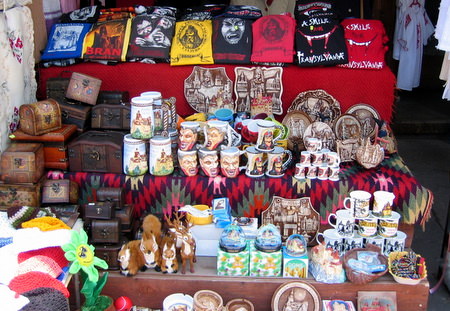 If this commercialization seems a shame, it is worth bearing in mind that the real story of this castle, first constructed in the 14th century, has a lot to do with trade. Situated on a major road that linked the principalities of Transylvania and Wallachia, the castle was a customs point as well as a place where mercenary soldiers guarded the border. The castle, located atop a cliff, was erected by the citizens of nearby Brasov, the most southeasterly of the major cities of Transylvania. It would retain the function of Transylvanian border checkpoint until the 1800s. 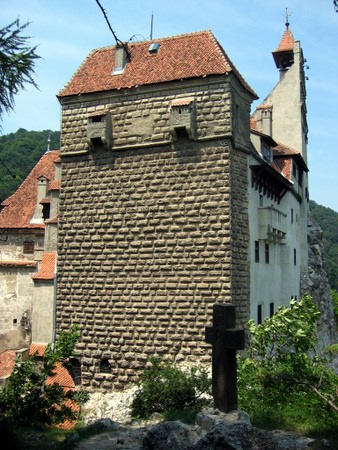 Like the castle in Hunedoara, Bran Castle saw two particularly intense periods of physical development: during the era of Transylvanian ruler János Hunyadi in the 15th century, and during the time when Gábor Bethlen governed the area in the 17th century. The tallest part of the castle – the spindly tower with the lookout post at its peak – was added in 1622.

The castle started serving a different purpose after World War I, when there ceased to be a border here because Transylvania became a part of Romania. Owned by Brasov city until that point, the castle was donated to the royal family of Romania. Queen Maria adopted it as a summer residence during the 1920s and a small chapel in the castle grounds contains her heart.

A lot of what you see in the castle now, as you follow the designated tourist route around its four floors, dates back to Queen Maria’s period. You can see the bedrooms for the different members of the royal family, as well as their dining room, library and music room. Some furnishings reflect the fact that the queen – who was born in England – was a fan of Romanian folk crafts. But in addition 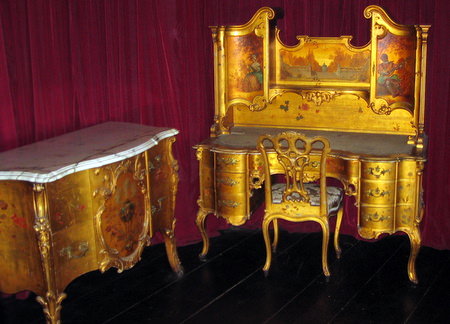 to her touches, some artifacts from the frontier days are also on display, such as weapons and medieval traded goods.

The castle can be visited from 9 am till 5.30 pm, every day except Monday. Having wound around the different chambers, the route finally leads you to the pretty courtyard at the castle’s center.

Next to the castle, there is a “village museum” containing peasant buildings that were transferred here from villages in the surrounding area. The houses were originally constructed between the 18th century and the beginning of the 20th century. You can look inside to get a 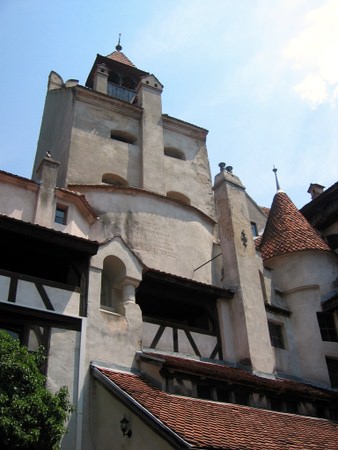 taste of typical peasant interiors – as opposed to the royal version of them found in the castle itself.

Heavily tourist-oriented, the town of Bran has plenty of restaurants and hotels. Hanul Bran, with an extensive covered terrace that looks right up to the castle, is quite a pleasant restaurant. Try its “Castel” cutlet, a slab of pork topped by a big chunk of liver and slathered with melted cheese.

Dracula is somewhat related to Bran Castle. He did stay at the castle many times, but it is true that it was not his official residence or even primary residence. It is very cool indeed to visit Bran Castle. The nearby city of Brasov is another great tourist destination. Brasov has an old city center that has been recently renovated. Looks great.

what a fun place to visit! thanks for sharing.