The overland drive from Podgorica to Bosnia-Herzegovina’s capital city, Sarajevo, is a stunning coil through imposing mountains along the glacier-blue Pivo River. Sarajevo—the other Jerusalem—exemplifies the modern religion crossroads and crossfire. 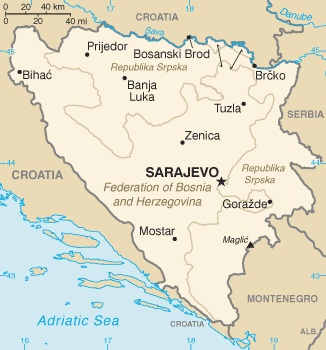 Most media offerings specialize in images that disturb. That seems to be all that was shared about Bosnia-Herzegovina until now. This beautiful country’s vibrant capital city awoke my historical senses and was a lesson in recovery. Every local I encountered shared stories about Bosnia paying the bulk of the 1992-95 Balkans War toll. Nearly constant artillery fire from the mountains surrounding Sarajevo killed thousands, cut power, and blockaded the delivery of vital supplies. Imagine years of bullets and bombs raining down on your blacked-out town. These people know hard times and how to appreciate good ones.

Sarajevo’s old city, like every old European city, has narrow, curving, cobblestone streets flanked by architectural gems; and Sarajevo is one of the stars that turned its old quarter into exclusive pedestrian walkways. And it remains faithful to indigenous cuisine: no McDonalds or other franchises. Every hot summertime day is followed by cool, refreshing evenings. Inviting restaurants and drinking establishments abound, all flowing out onto streets and sidewalks. 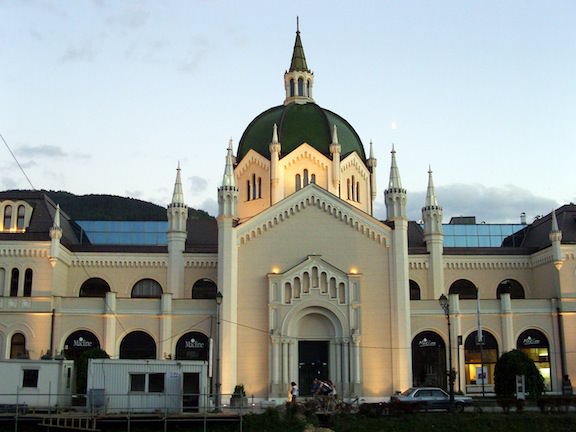 Sarajevo was the tipping point for the start of WWI when a Serbian gunman assassinated the soon-to-be Austro-Hungarian king. The result, a byproduct of Soviet interest in access to the Adriatic, was the Austro-Hungarian attack on Serbia. Then everything came apart.

The Muslim culture overtakes the Christian presence here. Unlike the other Western Balkan countries I visited, Bosnia seemed to have a macho element I didn’t encounter elsewhere, probably a reflection of hard living. Muslim-style nightlife is typified by throngs of chain-smoking dudes minus the necessary female influence for balance. We need women to soothe our inclination for barbarism. That said, otherwise mellow-seeming Bosnian bruisers (they’re large people) are cordial, or at least neutral.

The finale of my Balkans tour in Sarajevo seemed apropos. I attended an intra-country football match (Sarajevo versus Celik from Zenica) with Bosnia’s most popular sports journalist, Sabahudin Topalbecirevic (a.k.a Baho) and his seven-year-old son. The stadium where the 1984 Winter Olympics opening ceremonies was held was 99 percent guys, most in football fever mode. 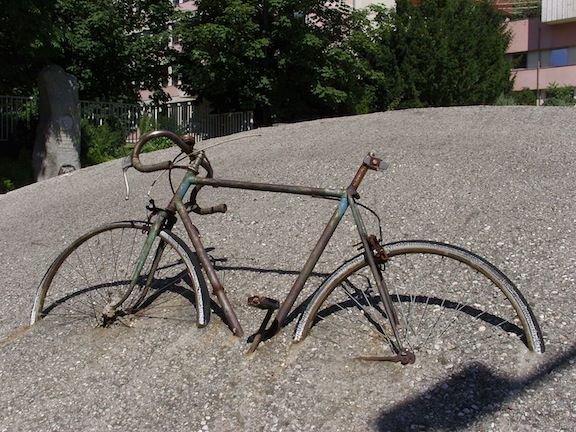 The maniacal Sarajevo fans behind the opposing goal never turned down the volume. Suddenly, that pack of fans began screaming and running away from a tear-gas bomb that was probably planted in their midst by a visiting team fan. The mania sent hundreds of fans tumbling over high fences and onto the playing field to escape the gas, which quickly drifted our way. It resembled a panicking ant colony exploding outward. With eyes stinging, we all began choking. When otherwise affable Baho urged “Let’s go,” I knew it wasn’t kooky pep-rally shenanigans.

We ran into the parking lot but the cloud had drifted in that direction, so we sprinted back into the stadium. Everywhere people crouched on all fours, covering their faces. One guy was walking around handing out wet napkins to cover people’s noses. We drove away leaving the midst of bad sportsmanship behind. Is this what happens when the guys are out after dark without women to civilize them? At least this battle stayed on the pitch.

Here are some more practical tips to plan your adventure: Bosnia and Herzegovina Travel Guide

EPILOGUE:
As the Communist fog lifted here, old-fashioned gossip re-emerged. In Tito times, you really had to watch what you said about other people—paranoia was standard even within friendships. Now Balkanites are free to say what they please. What are these Balkan countries saying about each other? Gossip-emboldened stereotypes might be naughty, but many generalizations arise from half to three-quarter truths. When a region experiences anarchy, those people never forget. 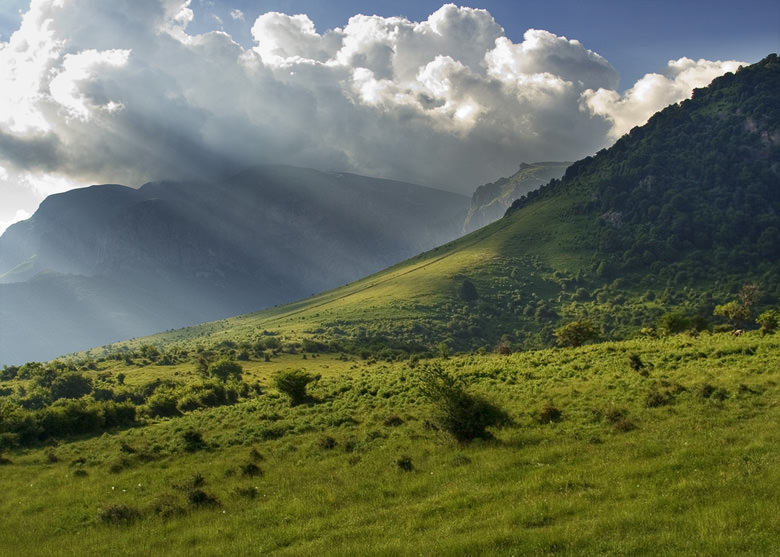 SLOVENIANS think CROATIONS are land hogs because of shoreline border disputes revived after the Yugoslavian breakup.

Vladimir from MONTENEGRO just wants everyone to get along.

EURO-MODE SOCIAL ESTABLISHMENT RANT:
America’s taverns borrowed heavily from Britain and Ireland’s publican model; a “pub” is where the public meets. The idea of long bars rimmed by neighboring stools to invite conversation between strangers was lost on Europe. Instead, European drinking establishments have tiny “bars” reserved only for waiters fetching drinks to be served to individually grouped tables, so a solo traveler is invited to either sit by themselves at a table, or be bold (a.k.a.American) and introduce their way into a group conversation. Also, in the land of 32-ounce Big Gulps, it’s rather entertaining to see grown men drink the Euro-style five-ounce bottled beverages. The Western Balkans also embrace Euro-style puffing, with Bosnia leading the chain-smoking stampede. A version of American patriotism I salute: a mere peek at a smoker whose waft is invading someone else’s meal usually merits a butt dousing or relocation.

Written by Bruce Northam for EuropeUpClose.com

Veteran travel writer Bruce Northam has reported (mostly good news) from 125 countries. His book, Globetrotter Dogma: 100 Canons for Escaping the Rat Race & Exploring the World, was cited by National Geographic as one of “Ten better choices: insightful travelogues that will inspire rather than dictate.” Bruce’s wander continues on www.americandetour.com.