New York might be the city that never sleeps, but London follows pretty close behind. At least that’s true when it comes to its late night dining options. Now you can enjoy a meal at some of the best restaurants in London… 24 hours a day! This wasn’t always the case, of course.

Historically, if you were hungry after a night out, you’d have to rely on private member’s casinos, kebab vans or hotel restaurants. Thanks to the 24 hour licensing laws which came into effect in 2003, allowing alcohol to be served around the clock, many bars have extended their opening hours.The result? The increase in hungry revelers has led to a growth in late night dining options. Here’s my picks for the best restaurants for late night dining in London. 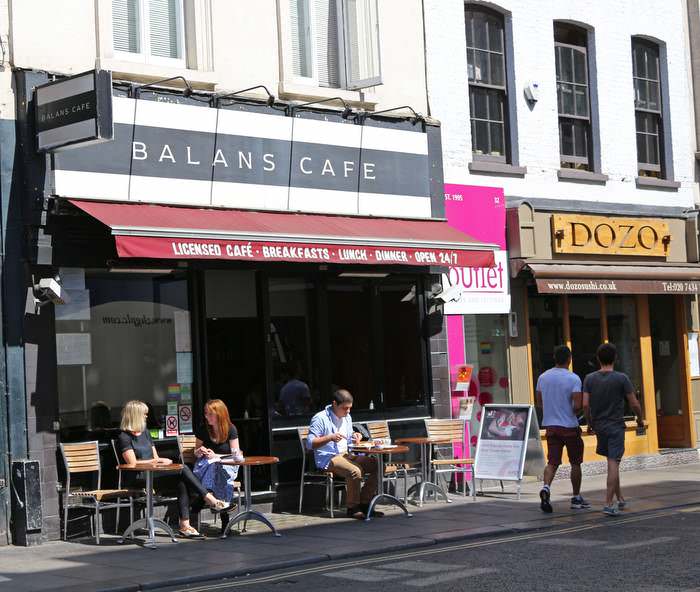 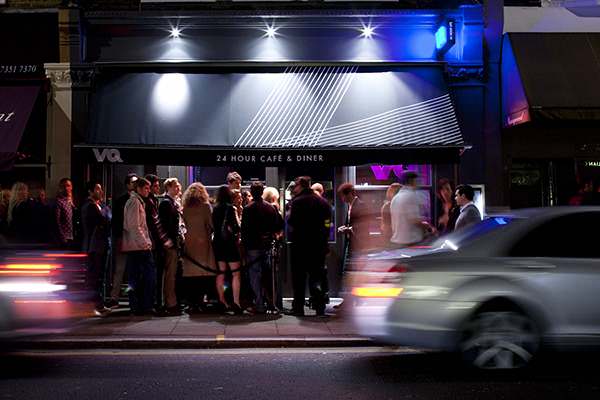 Waiting in line at Vingt Quatre, a 24 hour restaurant in London

The oldest of these is Vingt-Quatre , an informal café now operating with sites in Bloomsbury and Chelsea. VQ Chelsea is the original restaurant. It opened in 1995 and apparently counted Gordon Ramsay as a regular. It was the place where chefs hung out because it was the only place you could sit down for food after all the other restaurants were closed. The menu is still pretty sizeable – you’ll be able to order anything from a full English breakfast with eggs, sausages and bacon to steak and chips. If you’re really hungry, there’s even dessert.

For the more formal dining option, head to Duck & Waffle. Located on the 40th floor of the Heron Tower, it’s one of the highest restaurants in London. The menu is broadly European with a British flair and the late night option is a reduced version of the same. The restaurant tends to be very busy with bookings during the day so the evening could be a good way of getting a reservation. Even better perhaps, is the fact that you can watch the sun rise over the city as you tuck into a spot of breakfast. 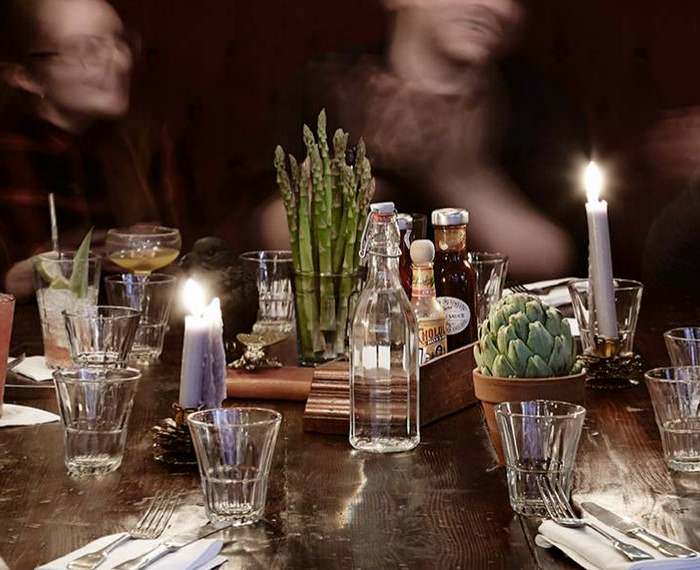 In the heart of Soho is a popular café called Balans. It’s small and cramped and there’s almost always a queue for food, but that’s when you know it’s one of the best restaurants in Soho. Because it’s always such a tight squeeze late at night, the diners seem to be particularly convivial – especially if they’ve just met in the queue outside. The food offering is eclectic and you’ll be able to find anything from falafel wraps and pulled pork sandwiches to breakfast burritos and kedgeree, catering to the diverse crowd. If you’re in another part of town, Balans has branches in Kensington, Stratford and Shepherd’s Bush too. They don’t remain open as late as the Soho café, but there’s equally good food to be found.

If you’re not planning to stay out all night, it’s easier to find restaurants around the city which simply open later. While they aren’t 24 hours, they certainly increase your dining options at 2am.

Tinseltown  is the American diner chain that can be found across the city and even outside of London. The London Farringdon branch has the latest opening at 4am. If you stayed out late enough, you could even go to the opening of the nearby Smithfield meat market. Going along with the theme of the restaurant, the food is all-American with a focus on burgers, wings, wraps and milkshakes. 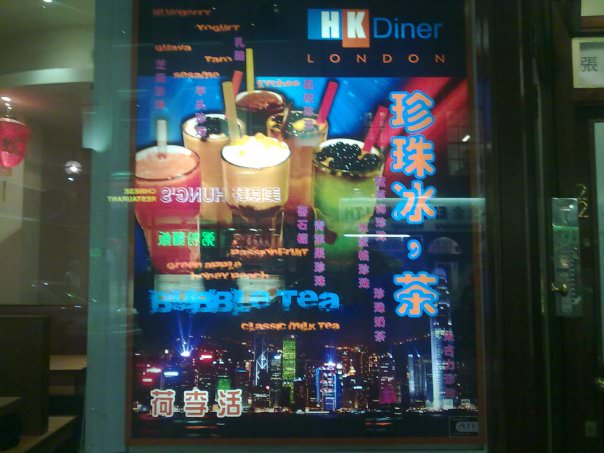 In the heart of Chinatown, HK Diner is open until 4am seven days a week. The Hong Kong influenced menu is populated with well-known dishes such as sweet and sour chicken and international inspired fusions like Malaysian-style curry crab. It was also one of the first places in London to serve the incredibly popular bubble tea. 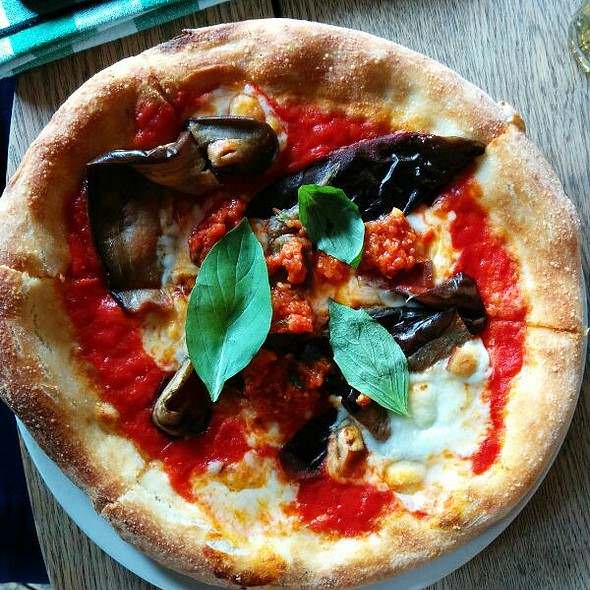 Pizza East has a large selection of Toppings and sides

Craving pizza in East London? In East London, late night pizza is all the rage. Voodoo Ray’s  sell pizzas by the slice and there are 13 different toppings to choose from. Pizza East on the other hand is a sit-down affair with a bigger selection of toppings and sides. Both are open until late and both are buzzy, whether it’s day or night.

Don’t worry, even though many of these late-night restaurants have well-stocked bars, you can just drop in for food. And London at night is often at its most friendly and most beautiful.

Written by Guest Contributor Qin Xie for EuropeUpClose.com. Qin Xie writes about food, wine and travel. She lives in London and travels the world but can always be found at qinxie.co.uk

The menu is broadly European with a Late-night Dining in London looks pretty. . They don’t remain open as late as the Soho cafe, but there’s equally good food to be found.

How times have changed! Dining options have had to expand to incorporate the late eaters and London more so than anywhere else in the UK! Choose sensibly, you don't want to be waffling like a duck if you plan to visit the Duck and Waffle after a few drinks!