Bern, Switzerland is one of those perfect little Alpine cities that could double as Santa Claus’ summer home. In fact, he probably does live there, near Albert Einstein’s old home and within laughing distance of the ‘Zytglogge’ so everyone can hear him enjoy the puppets and bells of the world famous clock tower. 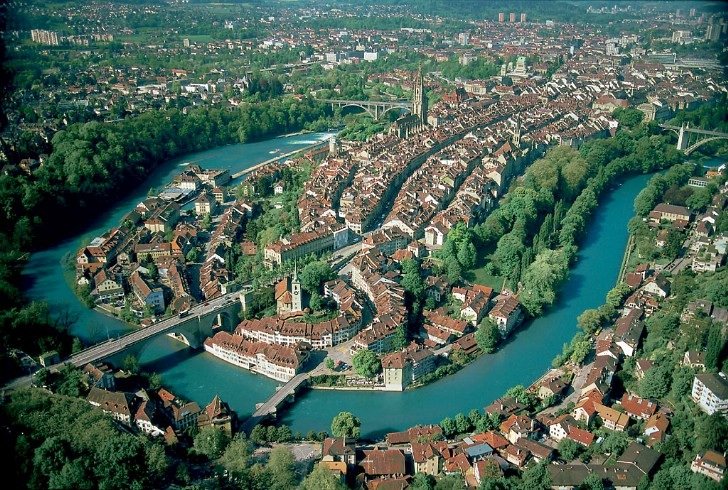 When Santa isn’t sitting around listening to the Zytglogge while wearing canvas shorts, argyle socks and sandals – with beer foam on his mustache – he’s probably ambling his way through the 6 km expanse of covered shopping arcades checking for stuff made by his elves or maybe looking for a cute little gift for the missus.

Bern is built on undulating ground with mountain peaks on all sides and the River Aare looping around it like a mother’s protective embrace. As capitals go, Bern is probably the sleepiest in the world and it’s easy to imagine the mayor of Bern dozing off with his hands resting on his ample belly while federal issues are discussed in committee. 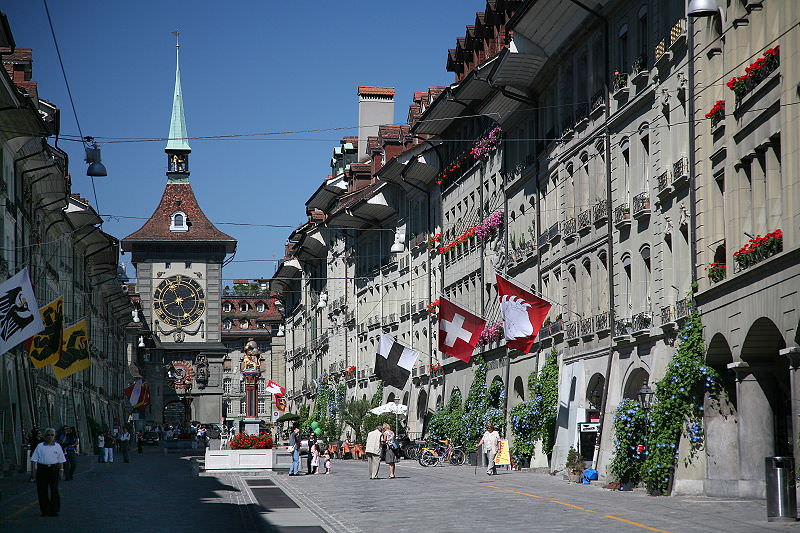 For a small city — barely 150,000 people — Bern has seen its share of excitement. Gauls and Romans squabbled over who would rule this widely coveted piece of land (Romans got the land, Alemannii kept the language), while emperors might pass through and with a wave of a hand make everyone “free imperial citizens”.  And, of course, the French Revolutionary Army marched through Bern in the late 18th century, rearranging everything according to French tastes.

Most recently, the world got together and recognized the value of stability and tradition in the face of progress, and awarded the virtually unchanged medieval Old City of Bern with UNESCO World Heritage status.

Great places to fill that belly are the Della Casa on Schauplatzgasse, which serves the classic Bernerplatte with Roestis; zum Zaehringer on Badgasse, a sprawling smorgasbord befitting one of the city’s original ruling families; and the Kornhauskeller on Kornhausplatz: meat & potatoes, hard liquor & cigars, stone & candlelight. 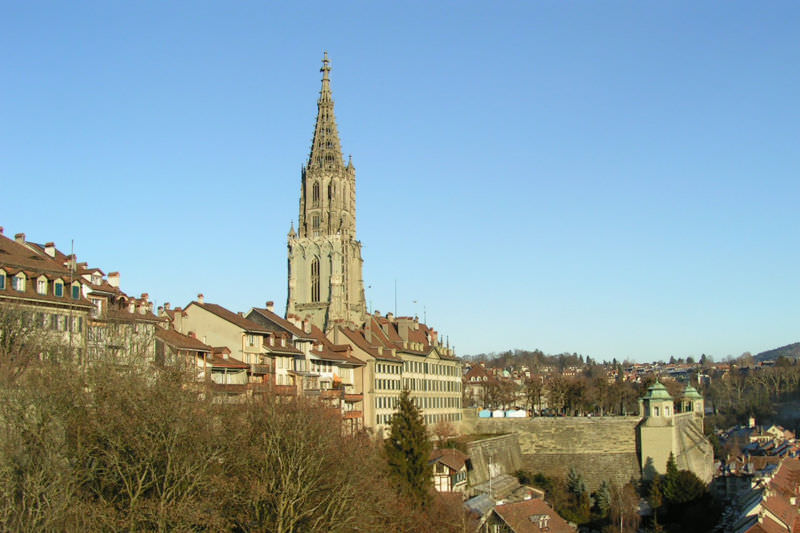 If you can still move after lunch, then head out for a walk around town. That’s pretty much what people do in Bern. Get a good place to stay, eat well, and walk around browsing the arcades for cool stuff. The Old Town has the Munster Tower as well as a dozen or more buildings included in the UNESCO assessment. Trail your hand across the architecture. There is not much else you can do with a building, but touch it and imagine the thousands of other hands that have touched this stone over the past six to eight centuries.

Where to Stay in Bern 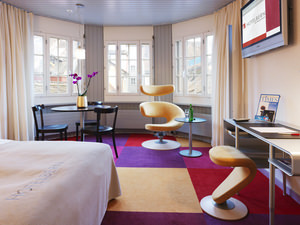 The Hotel Bellevue Palace Berne is an excellent 5-star hotel; while the 2-star Hotel Pension Marthahaus offers quaint, comfortable rooms with nicely creaking floorboards. You should also check out some of the more modern hotels, like the Sorrel Hotel Ador and the Hotel Bern.

Be sure to take a look at the Bear Pits on the eastern edge of the Old City. They stand empty now, but they were once the symbol of the city and the bear itself is still on the city coat of arms.

There are good hikes across the bridges and into the western part of town and that is a great idea after a good meal. The mountains in the area are less than 1000m tall, so you could easily make your way up one of them (ok, halfway is fine) and take great pics of the sun rising or setting over one of the most beautiful cities in Europe.