Bastille Day, or La Fête Nationale as it’s known in France, is celebrated each year on July 14th. France’s Independence Day, it commemorates the 1789 overtaking of the Bastille, the fortress-prison infamous for incarcerating political prisoners, by the French people. Today the storming of the Bastille is synonymous with the end of feudalism in France and its subsequent rise as a modern nation state. 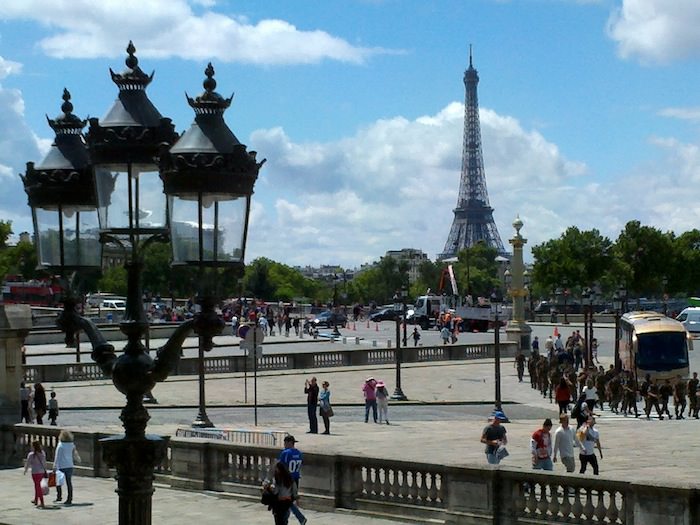 The holiday has come and gone, alas, but it’s not too soon to start planning your Bastille Day trip to Paris especially as the template for public programming changes little from year-to-year.

Calling All the Single Ladies 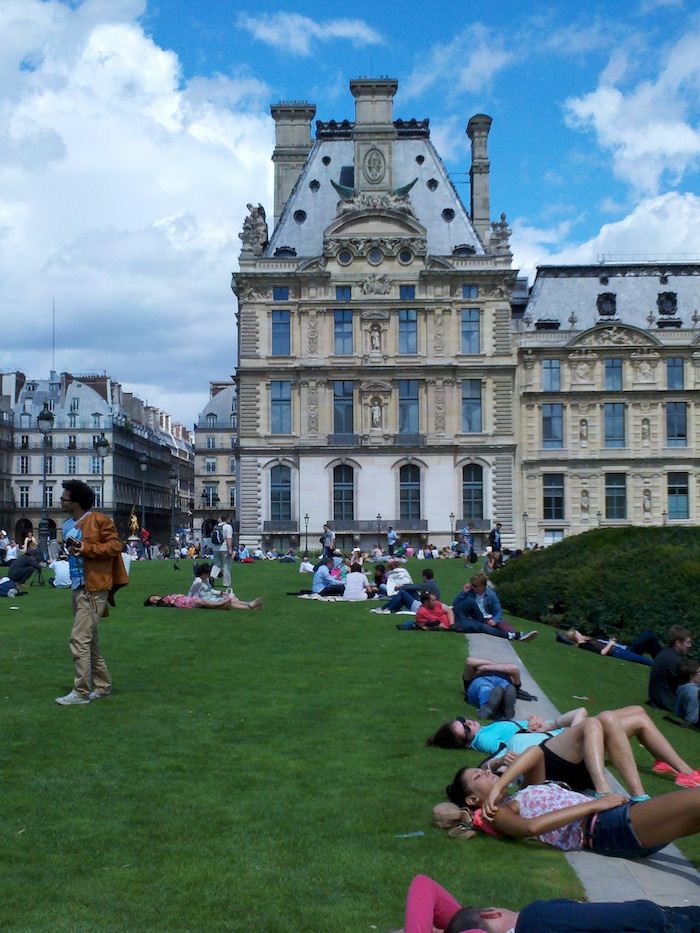 If you’re single girl in Paris on July 13th or 14th, consider putting on your dancing shoes and heading to one of the Bals des Pompiers, firemen’s balls, held throughout the city. Each fire station sponsors its own event, reserving the right to charge admission although typically monies are collected by way of the “barrel”—discretionary donations at the door. Are Paris firemen truly “the kings of the night?” Attend one of their balls and discover if they live up to the boast. 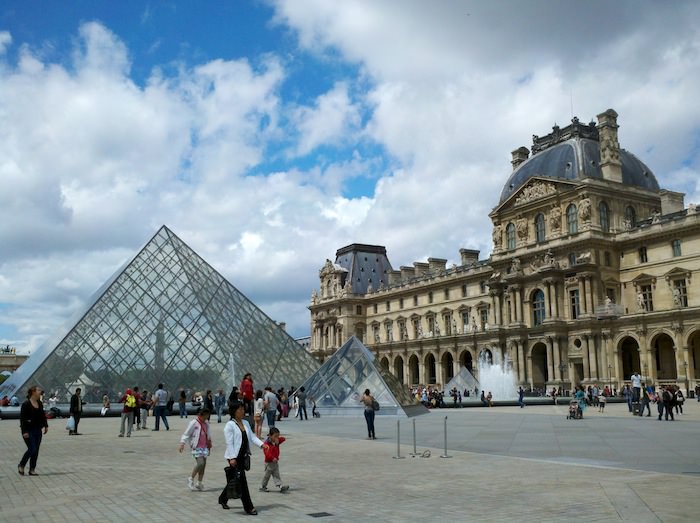 Like the Fourth of July in the U.S., France’s Independence Day is foremost about spending time with family and friends. A military parade along the Champs Elysees launches the day at 9:10 AM. Lining up along the parade path is the traditional approach, but unless you plan to camp out from the wee hours, you won’t see more than the backs of your fellow parade watchers. Instead, head to Place du Trocadéro, the hands-down best spot for viewing the parade remotely and for snapping those iconic tourist photos year-round.

At 10:40 the military air show begins. No matter how thick the wall of your fellow revelers, no one is tall enough to block the sky. Still, there are those pesky buildings. Best public viewing spot: Place de la Concorde. The show concludes at 11:30 AM with a helicopter fly past and parachutists. 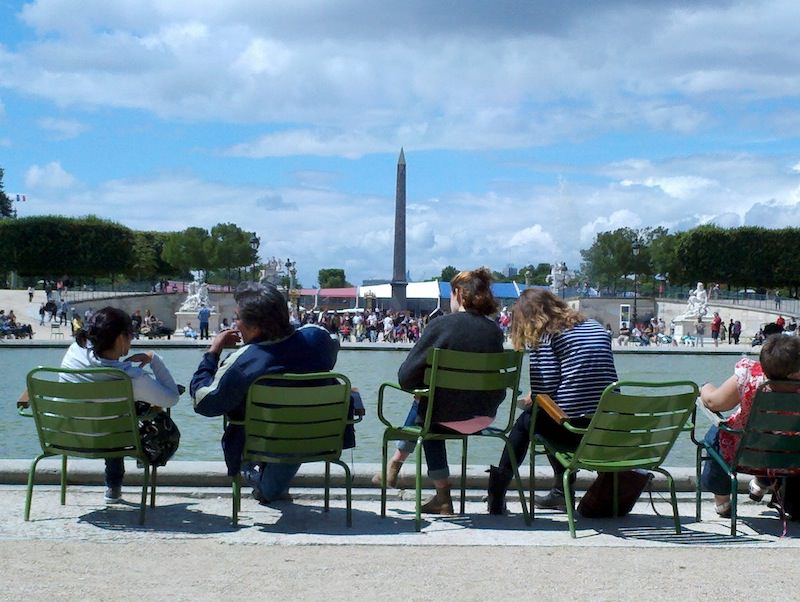 The Paris Fire Brigade closes the day program at 11:35, leaving an entire day to be filled until the late evening fireworks finale at the Eiffel Tower. Fortunately there’s plenty to do in the city and its surrounds, with many events free to the public.

Museums and monuments are closed for the holiday with one very noteworthy exception. The Louvre Museum is open for free admission on July 14th as well as on the first Sunday of each month. Gird yourself to stand in line—for a while. Admission is also free to The Paris Opera, including an early evening ballet. Free concerts and other musical events abound, most held on outdoor stages. Plan in advance or “happen” by.

Picnicking is a popular pastime for any Independence Day celebration, and the Champ du Mars is the obvious spot. A more bucolic alternative is to head to Versailles for lunch on the lawn.  Approximately 40 kilometers southwest of the French capital, the former residence of French royalty is easily reachable by train or car. The estate hosts its annual Great Republican Picnic on the lawn close to the Grand Canal. The program includes dances and live music, and both the Palace of Versailles and the Trianon are open free of charge. Guests are asked to wear white. 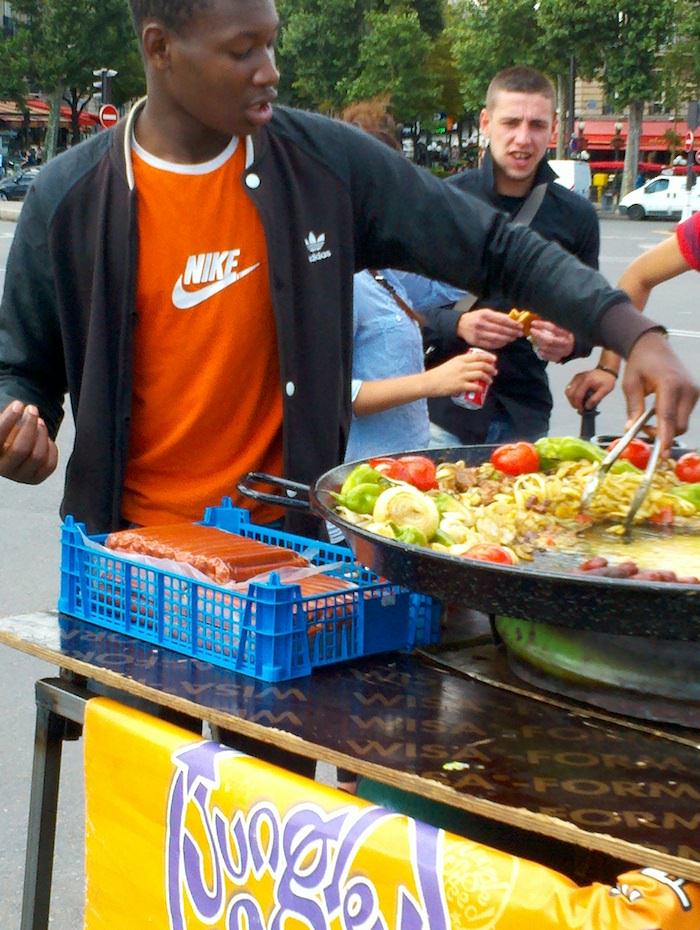 What Independence Day celebration would be complete without le barbecue? Kabobs, sausages, and yes, hotdogs are staple holiday fare in France as they are in the States. Strolling along the Seine, the air is redolent with the aromas of grilling, foodstuffs provided by individual vendors and those occupying the fair stalls set up for the holiday. Grab a dog to go but don’t be surprised that it comes on a loaf, not a bun.

The lawn of the Champ du Mars is the traditional spot from which to view the spectacle and at 4:00 PM there were ample spots still to be had. A brief cloud burst around 4:30PM likely made way for more. But for my first Bastille Day in Paris, a soggy patch of soil wasn’t going to suffice. Instead I removed myself far from the madding crowd and headed for the high ground of Monmartre.

Best known as an enclave for artists—Salvador Dalí, Amedeo Modigliani, Claude Monet, Piet Mondrian, Pablo Picasso, Vincent van Gogh and other great talents of the mid- and late nineteenth century lived and worked in Monmartre—the historic district also enjoys an impressive elevation, 130 meters above sea level, making certain of its overlooks ideal for viewing the Paris skyline on Bastille Day or any other.

Rather than risk being caught in traffic stymied by holiday street closings, I took the Metro. Less than twenty minutes later, I emerged from the Abbesses station into the soul of Monmartre. Many bars and restaurants host special holiday events and the liveliest of these was A La Pomponnette . Walking up to the strains of Sinatra’s “New York, New York” belted out by the handsome male vocalist, several patrons dancing in the street and playing matador to passing bikes and cars, I knew I’d found my spot. I ordered a glass of Sancerre from the bartender and settled into a seat on the front terrace to people watch. So what if the two most enthusiastic revelers turned out to be American expats? So what if the burly Eastern European who’d planted himself at my table kept toasting me every five minutes? So what if when the vocalist took a well-deserved break, his live act was replaced by the sound system blaring out the latest from Lady Gaga? Being in Paris—Monmartre—on Bastille Day, is living! 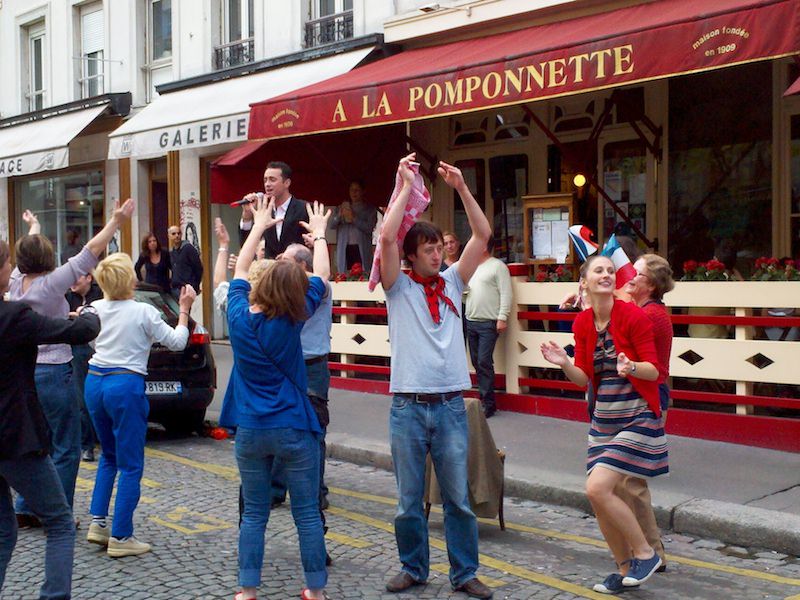 The Terrass Hotel, which takes its name from its seventh-floor rooftop terrace, offers a bird’s eye view of the Eiffel Tower. I found it to be a sublimely civilized spot from which to view the fireworks while savoring a sumptuous three-course prix fixe dinner (starter, main, and dessert for 97 euros, cash bar) served in honor of the holiday. Swaddled in red flannel hotel blankets and later duvet covers, we braved the chill winds and long wait, bolstered by a complimentary Grey Goose fizz aperitif. 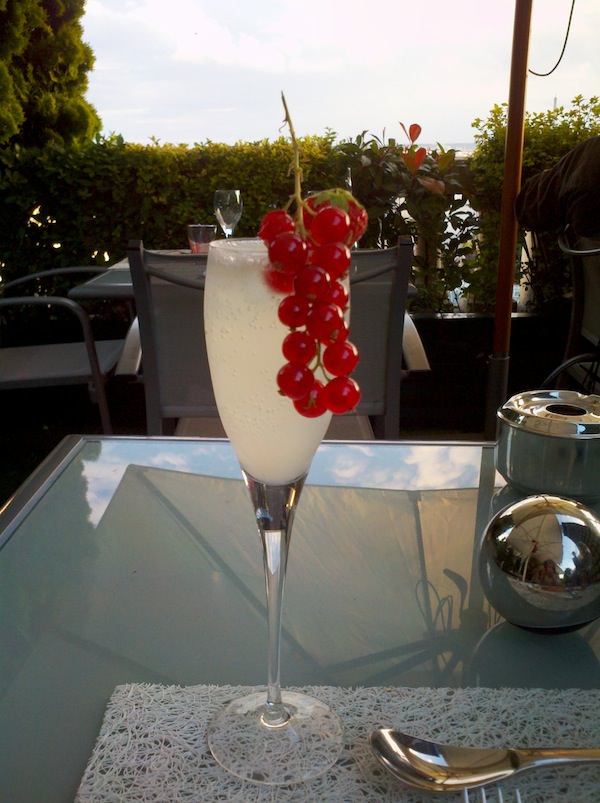 At 10PM, the Eiffel Tower began glittering as if studded with myriad white diamonds. The fireworks themselves didn’t begin until 10:45. The 2012 display was themed as “The Disco Years, 1970’s and 1980’s,” and the full thirty-minute spectacle was…spectacular, formidable, and altogether worth the wait. 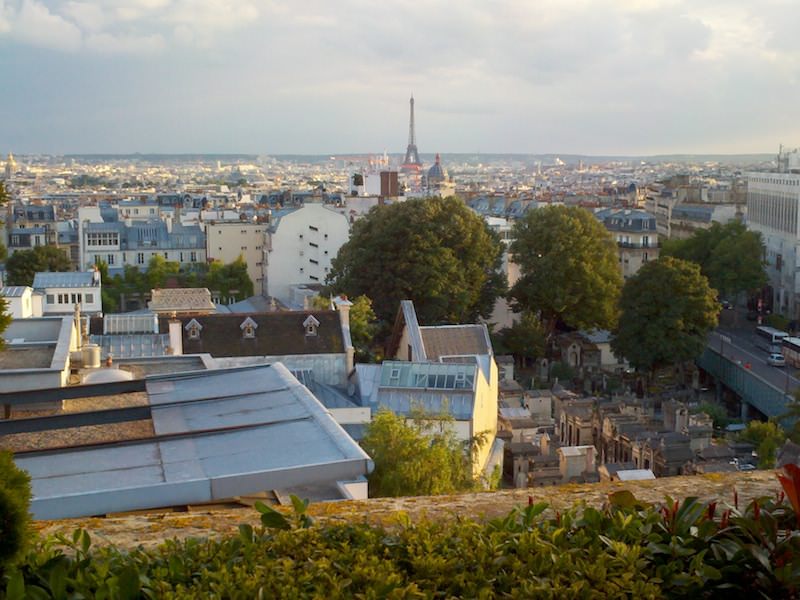 July 14th is past, alas, but there are still plenty of good reasons to visit Paris in the summer. Among them is Paris Plages. Now in its eleventh consecutive year,  Paris Plages  is a month long summer event program that transforms the city’s riverside thoroughfares into car-free resorts. The 2012 Paris Plages takes place from July 20th to August 19th. Attractions include pleasure beaches, concerts and festivals, cycling events, nautical events, and special youth programming, all free. Check the website for program listings.

Le Metro
Trains run 5:30AM to 1AM; until 2AM on Friday and Saturday nights and bank holidays including Bastille Day.

The Paris Metro is safe, clean, and affordable. Lines are numbered 1 to 14, and identified by number and color. Direction of travel is indicated by the destination terminus. Station entrances are easily identifiable by the distinctive, uniform—and lovely—Art Nouveau poled signage. You can purchase tickets a la carte i.e., by the trip or day and multi-day passes (up to five days on the Paris Visite travel card); the latter allow for unlimited trips.

Le Taxi
Taxis can be hailed from the street or by waiting at designated stands throughout the city. A green light means the vehicle is available, red means the driver is not accepting passengers, either because the cab is occupied or the shift has concluded. Fares are displayed by in-vehicle meters. Expect a one-way trip from Charles de Gaulle Airport into Paris to cost between 50 and 55 Euros depending on traffic. Drivers don’t expect a tip but passengers who wish to show appreciation for a pleasant ride can round up their fare to the nearest euro. 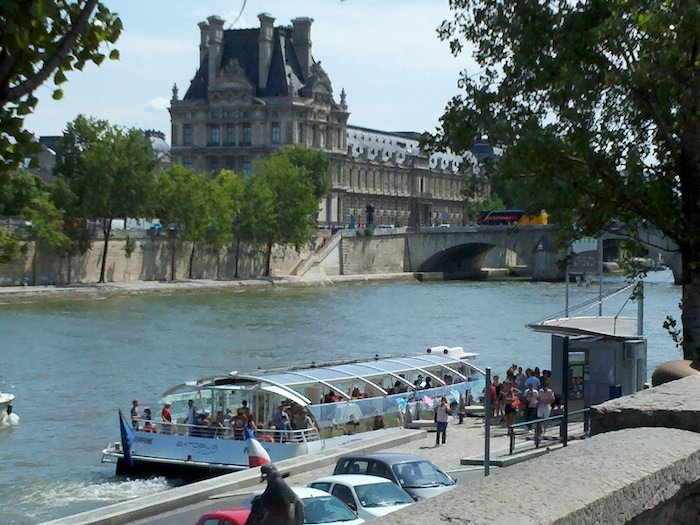 The Batobus is a hop-on Hop-off river taxi

Batobus
Hop on and off as you wish among eight stops connecting pivotal Paris points-of-interest.

Hopstop.com
An invaluable resource, this free international directional service will guide you from Point A to Point B and back again. All you need do is enter your starting and ending address or location. Bonus: There’s a built-in language translator.

Written by and Photos by Hope Tarr for EuropeUpClose.com