Limerick ….however you define it – take your pick! Whether it be the witty, sometimes naughty rhyme or the dashing cultural / commercial center on the River Shannon; just the name “Limerick” will make you think of green shamrocks and poetic verses that will make you kick up your heels. The city of Limerick (the third largest in the Republic of Ireland) boasts an abundant history that is reflected in an impregnable 800 year old castle within the city and hundreds of lesser castles dotting the surrounding countryside. The River Shannon Estuary, upon which the city was built,  might once have been the landing ground for ancient Greek traders and other “dark haired foreigners”. 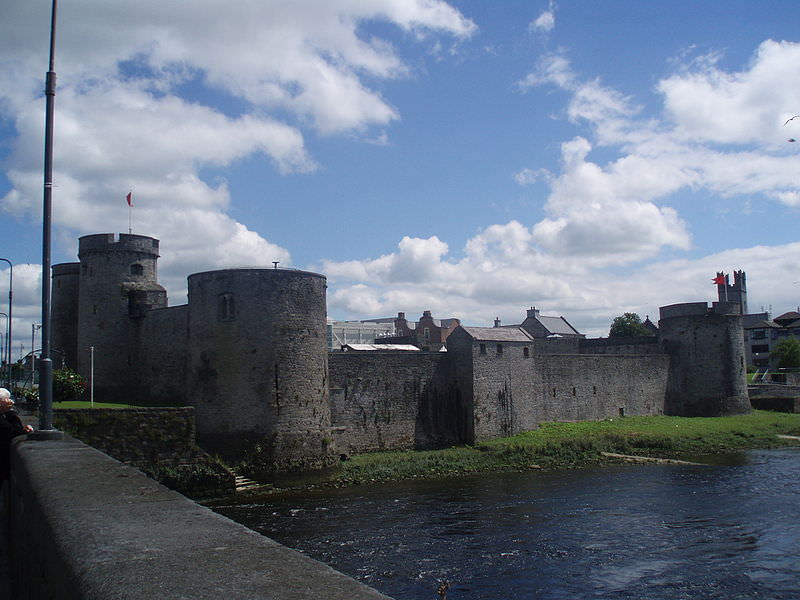 The history of Limerick before the Danes came and burned everything to the ground and founded their own town on top of the ashes in the 9th century is the stuff of Irish legend (and isn’t this what makes Ireland so darn intriguing to begin with?) What we do know is that the old name for what is now known as King’s Island probably meant “Isle of the Dark Haired Foreigners” and that Ptolemy had the River Shannon Estuary on his maps. We also have record of a host of unpronounceable Old Irish names that refer to battles, kings, fairies, little people, big people and venerable saints that may or may not have passed through here.

The Normans did leave actual, tangible stuff behind, such as St. Mary’s Cathedral, one of the grand old dames of the Western world and, of course,  King John’s Castle, an imposing stack of stone that withstood many a siege and is now a tourist site and museum. The Normans also kicked the Irish off of King’s Island and renamed the island Englishtown and the far side of the bank, Irishtown – just to keep things clear. Several hundred years later, in the late 19th century, the the people of Limerick built St. John’s Cathedral, which features the highest spire in Ireland. 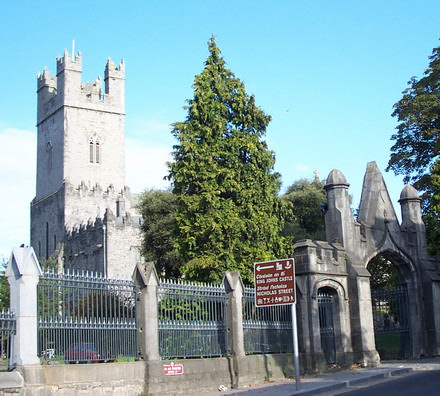 But the early Irish culture was never really evident in Limerick except for the willingness to fight which gave the city its Latin motto (Studisque asperrima in causa belli, which means “well studied in the ways of war”) and probably influences the many rugby and Gaelic football teams that call Limerick home.

The Treaty Stone on Thomond Bridge edifies this spirit. The treaty was between the Catholic Jacobites led by local hero Patrick Sarsfield and the Willamites loyal to the Protestant William of Orange who fought a civil war in the 17th century for control of England, Scotland and Ireland. The treaty allowed the Jacobites to flee for France, giving rise to the legend of the “Wild Geese,” which refers to Catholic rebels who fled Ireland rather than face annihilation at the hands of the Protestant armies.

Limerick doesn’t attract the tourists that Cork, Galway or Shannon do and probably never will. There is, therefore, a realness about the city that might turn off those looking for that elusive fairyland that Ireland is supposed to be. Perhaps Frank McCourt’s books revealed too much about this city; torn between England and Ireland, Catholic and Protestant, wealth and poverty. But that shouldn’t stop you from staying here a few nights. You will want to stroll along the river to the King’s Island, visit the Hunt Museum which is full of local lore, and — if you ask advice from a local — catch a rugby match at Thomond Park, a storied stadium that saw the mighty All Blacks (from New Zealand) fall to the Irish in a rough match that still gets talked about in the pubs around town.

Speaking of pubs, Limerick has the whole drinking and partying thing down pat. There are dozens of pubs around town and the city is on the well-worn path created by traditional Irish and other live musicians, so be sure to check your local listings (or just go to Dolan’s Pub and ask around) for the music happening while you are there.