As a foreigner visiting Italy  during the winter holidays, it seems logical to question just how Italians celebrate the Christmas season. Well, I just spent Christmas in Italy and it turns out that Christmas is just as big in Italy as it is in the United States and there are many cultural traditions in which to partake. 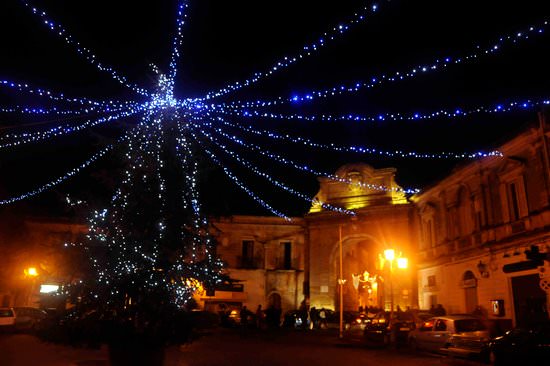 Santa Claus, or Ol’ Saint Nick, is named Babbo Natale in Italy, which translates to Father Christmas, and you can wish people a Merry Christmas by saying Buon Natale. Just as the streets of towns and cities in the United States are decorated with flashing Christmas lights and wreathes, so are Italian streets. Italians do have a few decorations that we don’t have, particularly a large number of red-suited Santa Clauses that hang from the outside of houses and look as though they are climbing inside to deliver gifts. 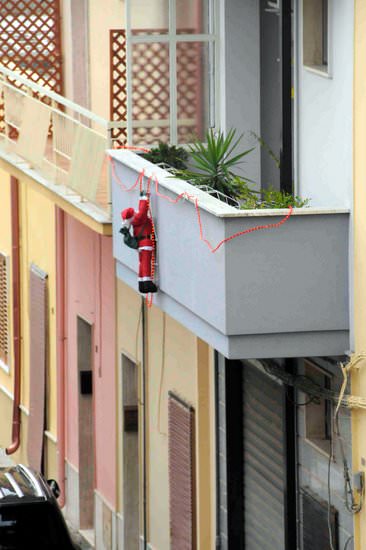 In the town of Mesagne, where I spent the Christmas holiday, a large fir tree was decorated with lights in the main piazza outside of a 16th century castle. In the ancient stone gate that welcomes people into the old town, wreathes adorned with white roses and white pieces of cloth were hung. The ghost-like cloths danced beautifully in the wind. Inside the old town center, businesses and homes opened their doors to display incredible nativity scenes. The depictions were in no way half-hearted, with some nativity scenes stretching for two or three rooms. Some had running water and others had mechanized replicas of men and women from ancient times. The scenes reminded me of the intricate cave displays that are prominent in the cliff-side towns of Amalfi and Positano on the Amalfi Coast. 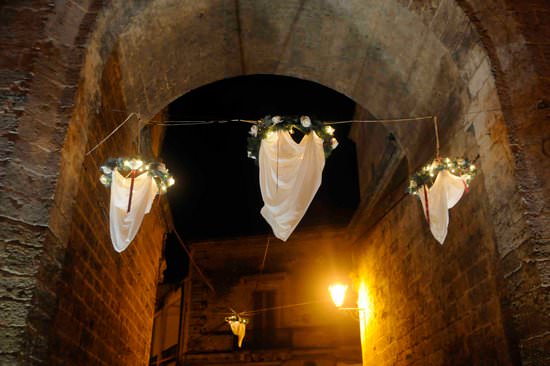 Of course there are a significant number of culinary delicacies that arrive with the holiday season. My favorite holiday treat is a thick hot chocolate that you can find in most bars (cafes). There are special machines placed on the bar that churn the chocolate and keep it warm. The addition of Strega liquor, a liquor distilled from saffron, is popular. One of my least favorite holiday sweets is one of the most popular: Panettone. Panettone are cakes that are often filled with chocolate or dried fruit (they remind me of fruit-cakes). They come in cheerfully-decorated boxes and are sold from giant stacks in supermarkets. 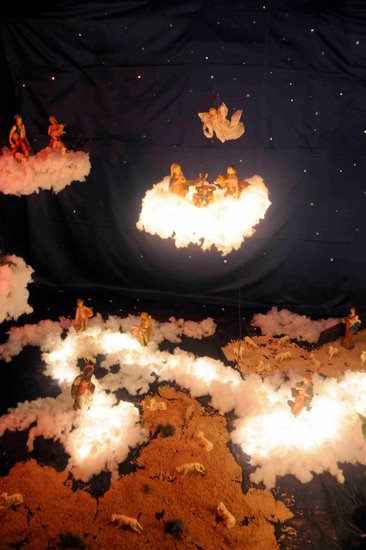 As for shopping at Christmas time, Italian businesses are as busy as those in the United States. Many businesses commonly stay open for the entire day on Christmas Eve, leaving their doors open during the usual 1pm-4pm siesta. However, few  businesses remain open on Christmas day, and the following week is hit or miss. Stores will often be open in the mornings but closed for evening hours.

All in all, Christmas in Italy is very similar to that in the United States: people take time off to celebrate the holiday season.

Thank you for the comment! Good luck planning your trip---Mattie

Thanks for your Educative article.Ihope to spend my next Xmas holidays in Itali with my family by the grace of God.