Athens overwhelmed us. We stepped out of the metro system into Plateia Syntagma, astounded by sunlight, crowds pushing past us to get  into the dark subway, men selling chestnuts from carts, and the stink of traffic. Although the city was 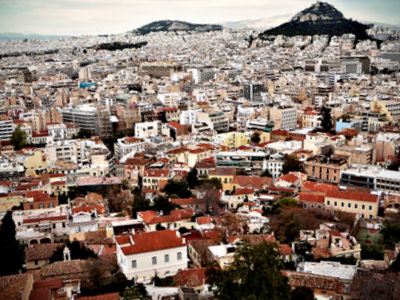 renovated, and public transit improved for the 2004 Olympics, Athens remains a sprawling metropolis full of ancient energy. Many visitors merely catch a glimpse of the Parthenon before jetting off to the islands. But getting down and dirty with Athens is a unique chance to explore not a vacation idyll, but a vigorous, changing European city. There is so much to do, that you could easily spend 3 days in Athens, but even 5 days in Athens won’t leave you bored.

On foot, Athens is surprisingly navigable.  By avoiding the traffic jams and taxi fares, we enjoyed a leisurely pace, and came face to face with the sights and sounds of modern Greek life.  We were staying in the budget-oriented Student and Traveller’s Inn, a clean, well-lit place in the midst of Athens’ chaos.  The pedestrian streets in Plaka, the tourist district that housed our hotel, were filled with cafés and art shops rather than horn-tooting taxis. We began by strolling through Plaka, stopping at the Museum of Folk Art on Kydathineon Street.  This lovely little museum houses displays of pottery, fabric arts, and other traditional crafts. 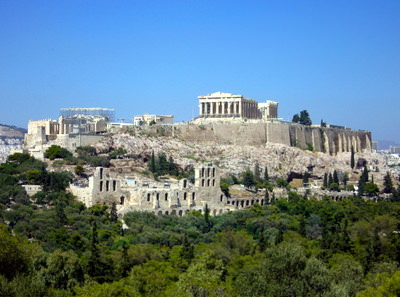 An easy walk southwest on Kydathineon led us to the base of the Acropolis. The iconic hill upon which the Acropolis stands, towers above central Athens – a monolithic reminder of the city’s heritage. We skirted the edge, winding through the tiny pathways of Anafiotika, a maze of low, whitewashed houses. With bright flowers in the windows, Anafiotika’s homes look like they belong on Santorini, not in downtown Athens. Then we climbed to the ruins of the Acropolis.

The immense, ornate architecture, and the hush of sacred antiquity, amazed us. Once a site dedicated 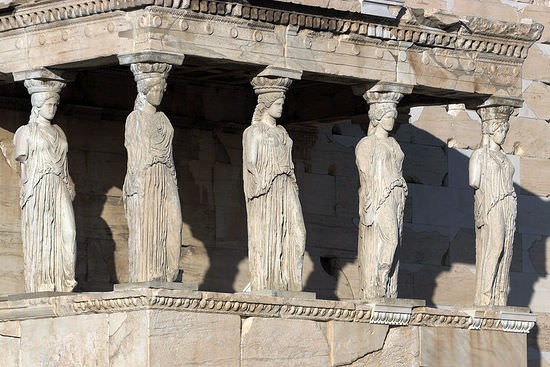 to the goddess Athena, the Acropolis has endured arson, bombing, and centuries of wear. We walked in the footsteps of Socrates up the worn marble stairs, and strolled down the Panathenaic Way. To our left, the thick, colossal, enduring columns of the Parthenon seemed like a rebuke to the urban sprawl visible from the hill.  We saw the famous Erechtheion Caryatids, women carved into columns like half-emerged nymphs. The Acropolis Museum houses many of the original building facades, which have been replaced with plaster to preserve the stonework. 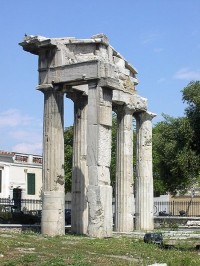 As we left the Acropolis through the agora, classical music drifted over a low wall.  We peered over and saw the Tokyo Ballet troupe leaping across the stage, warming up in the Odeon. This ancient theater, probably the oldest performing arts venue in the world, still hosts theater, dance, and music performances.  During the summer Hellenic Festival, the public can attend many events in the Odeon.

We wound past the Roman Agora toward the Monastiraki flea market, off Pandrosou street. In and around a metro station, this vibrant market sells everything from key chains to cooking spices to antiques. In a narrow crush of streets, we haggled for art prints, and ate hot, flaky pastries from street vendors.  Pandrosou led back toward Plaka, and the comforts of our hotel.

While we hadn’t exactly explored the outer reaches of Athens, we enjoyed the satisfaction of taking our time. We settled down at a café for a cold Mythos beer, content in knowing that we could handle life in the big city.