Start with the soup. That might be the best advice for anybody who is about to be intoduced to Romanian food. The country’s cuisine 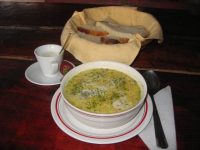 is at its very best when it comes to the various types of tasty soup – “ciorba” – with which it is traditional to commence any sit-down meal. Bits of chopped meat, as well as vegetables like beans, carrots and potatoes, are common ingredients, as are dill and other herbs. Soup with meat dumplings (ciorba de perisoara) is a favorite, and so is stewed beef soup (ciorba de vacuta). 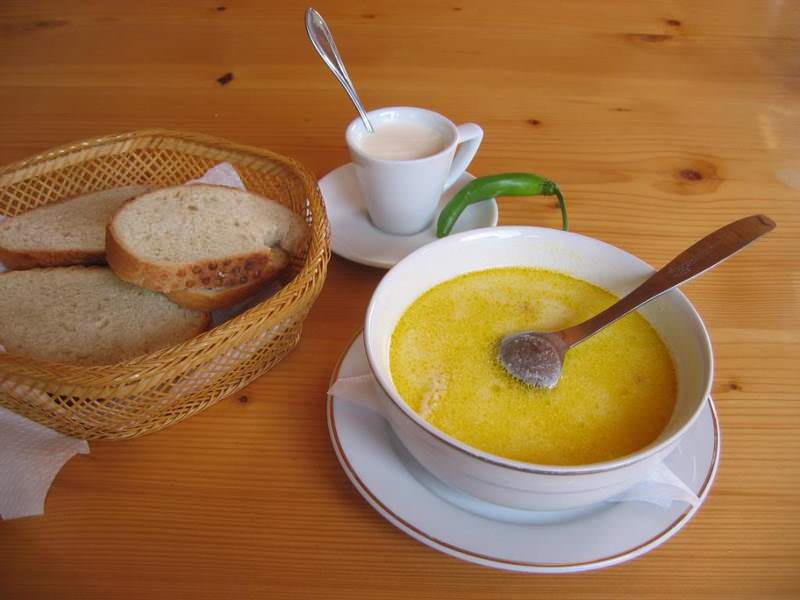 In fact, one of the most distinctive signature items in the whole of Romanian cookery is a soup. Not for the faint of heart, it is named ciorba de burta, and is a creamy, sour, yellow-colored concoction containing rubbery strips of cow stomach and slices of red pepper. It’s traditionally consumed with a curly, long, hot green pepper on the side, and a dollop or two of sour cream added according to taste. Delicious! 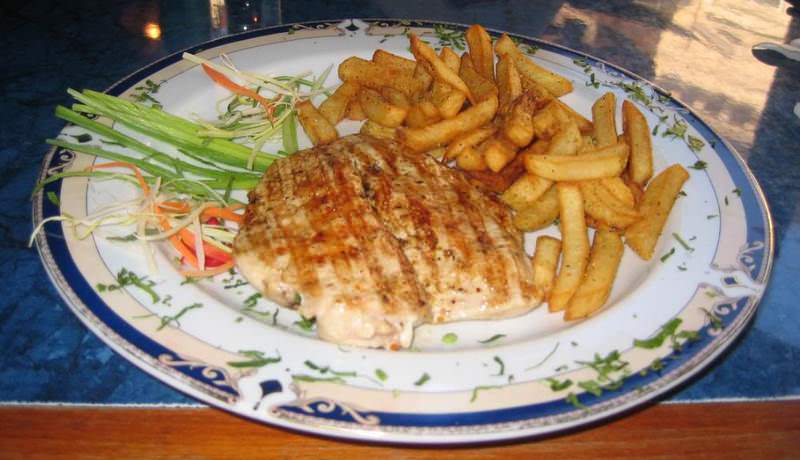 Not that the main courses in Romania are anything to sneeze at. Study the menu of any restaurant and you will be able to select from a range of simple grilled or fried cuts of pork, beef or chicken. Common options include leg (pulpe), breast (piept), sirloin (muschi), nape (ceafa) or cutlet (cotlet). The most frequent accompaniment is French fries (cartofi prajiti), and the fries are sometimes sprinkled with shredded soft cheese (telemea). Other typical side garnishes are mamaliga, a yellow corn meal, and cucumbers or peppers pickled in brine. 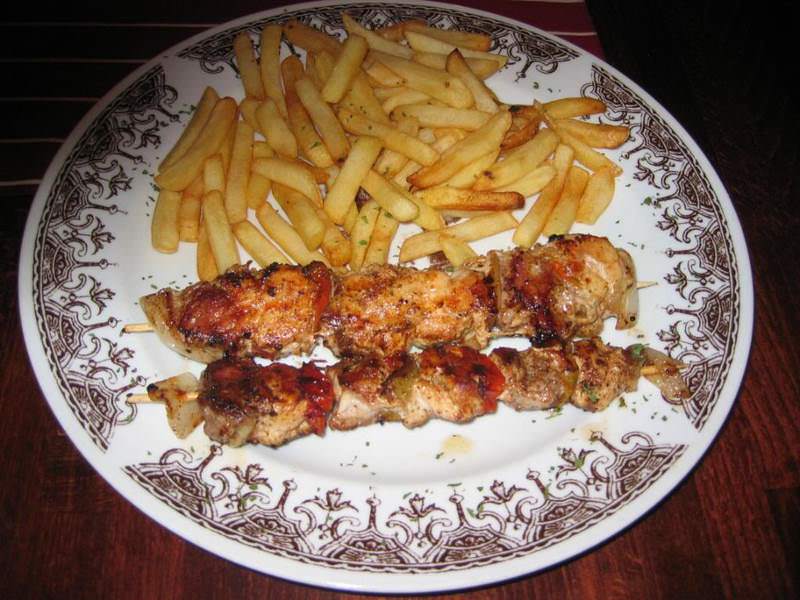 And then there are the dishes where things are mixed up a little. There is frigarui, in which chunks of cooked meat alternate with bits of sweet pepper and crisp onion along the length of a skewer. There’s the pork cutlet with a layer of cooked cheese that is found in Transylvania, known as cotlet sibien. Or there are stewy platters like tochitura, a peasant favorite in which an assortment of fried pork pieces, including bits of liver and sausage, swim in tomato sauce spiked with garlic and paprika. This might come with a slab of mamaliga topped by a fried egg. Pomana and tocana are other words for stew-type dishes.

Several smaller dishes provide a delightful way to experience Romanian cuisine. Sarmale is a national specialty, consisting of cabbage or vine leaves rolled up around minced meat that is mixed with herbs and rice. These are cooked until they are soft, and they go very well with a spoonful of sour cream. Liver (ficat) is also a popular light meal. It is generally offered in small portions because of its rich flavour. And a typical vegetarian option simply consists of a slice of mamaliga served with cottage cheese and sour cream. 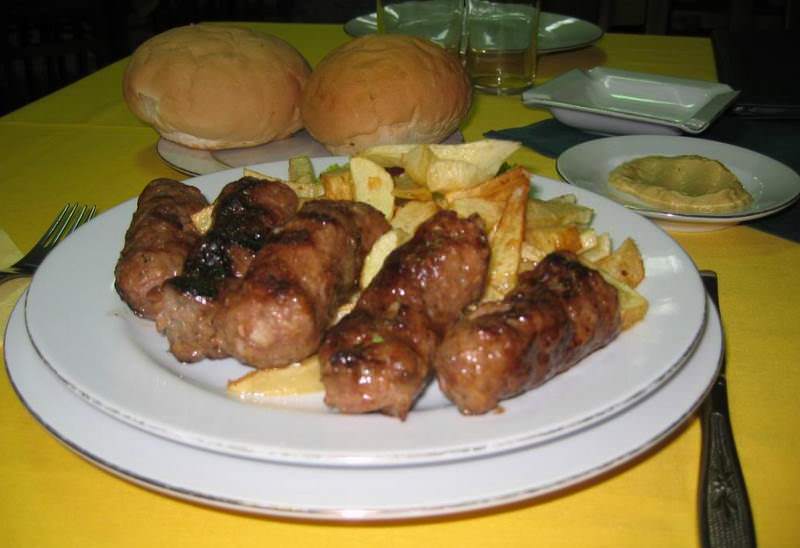 For those long Romanian summer evenings, there are mici or mititei – grilled cylinders of minced pork and beef, served with bread and mustard. They taste great with a beer.
For dessert, the most typical choice is pancakes (clatite) stuffed with a sharp-tasting jam, cheese curd, or poppy seeds. But there’s also a tasty type of doughnut, named papanasi, that comes filled with that bitter Romanian jam.

Finally, don’t be surprised if a meal in a Romanian restaurant comes with a bread roll that you didn’t ask for, but then turns out to be listed on the bill. This is not an attempt to rip you off. It is just a part of the local culture – many Romanians cannot imagine eating a meal without bread.