Planning a trip to Croatia? This foodie guide might just prove handy in deciphering Croatian cuisine. As is the case in many European countries, Croatian cuisine differs by region and is influenced by surrounding cultures. Depending on the region and its proximity to the coast, Croatian culinary specialties will have been greatly influenced by the Hungarians, Austrians, and Turks. And in addition to being unforgettably tasty, Croatian dishes are hearty and relatively low cost. 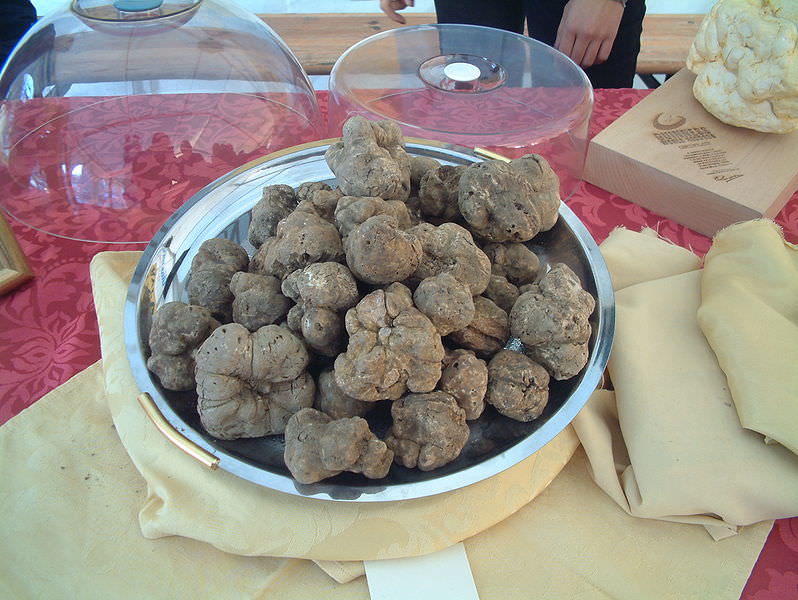 Burek
The burek is a popular pastry that comes with a cheese, meat, or apple filling. It is eaten for breakfast or as an in-between-meal snack. The portions are generous, and while it is absolutely delicious, it can be heavy. Stop at any local bakery and you’ll see trays lined with burek.

Anything with Truffles
Croatia’s Istrian peninsula is known for truffles, and the local menus reflect just that. Everything on the menu comes with truffles, and I mean everything, right from the starter ham, to the seafood pasta, and even the ice-cream!

Cevapcici
My husband swears by the cevapcici – small pieces of grilled minced meat (beef and pork) served with flat bread (lepinja) and onions. This greasy treat comes across as an older, more macho version of the burger; it’s popular across former Yugoslavia.

Fish Paprikash – This is a rich fresh water fish stew that is prepared with red peppers and wine. It is served with homemade bread and plain pasta.

Brudet – Brudet can be prepared with several different types of fish. Along with the fish, potatoes, olive oil, red wine vinegar, fresh tomatoes and parsley are added to the stew.
( If you don’t like fish try the variety of bean, chicken and beef stews — Jota, Grah, Goulash, etc.)

Croatia offers high quality ham and sausage prepared using traditional techniques, like the spicy pork sausages known as kulen, and the air-dried sausages called kobasica. Sausages are generally served with chopped onions and a local relish known as ajvar (it’s prepared with red bell peppers, eggplant and garlic). Another popular dish is the prsut, or smoked ham, very similar to the Italian prosciutto; it is served on a platter with locally grown olives and cheese.

Seafood
I’m going to cheat a little here and club all seafood together. You’ll find a variety of fish, mussels, clams, shrimp, squid, scallops and oysters and much, much more on the menus. Go ahead, indulge. 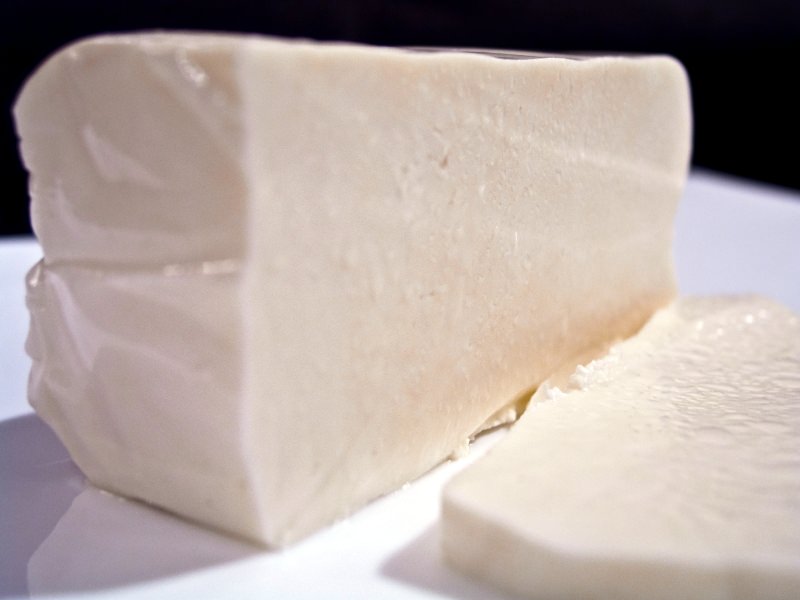 There is a wide variety of local cheese on most Croatian cheese  platters. And many snacks like burek and štrukli contain cheese. Other popular cheese based snacks are prsut i sir – cottage cheese with air-dried ham, and sir i vrhnje, cottage cheese served with sour cream. If you’re on the lookout for some special cheese, try the Paški sir, cottage cheese from the island of Pag.

Peka
Peka refers to a special way of preparing meat and vegetables; they are cooked in a bell shaped oven with a shallow bottom called a peka. The meat (usually veal, turkey and even chicken and fish) and vegetables (usually potatoes) are cooked over firewood, which produces a very special flavour.

Meat Dishes
Popular meat dishes include: grilled pork, roasted lamb and veal, beef and turkey steaks, and roasted pheasant. Dishes are usually prepared with a little seasoning of Mediterranean herbs and olive oil, and are served with vegetables or a shopska salad at the side.

Kolac and Other Sweets 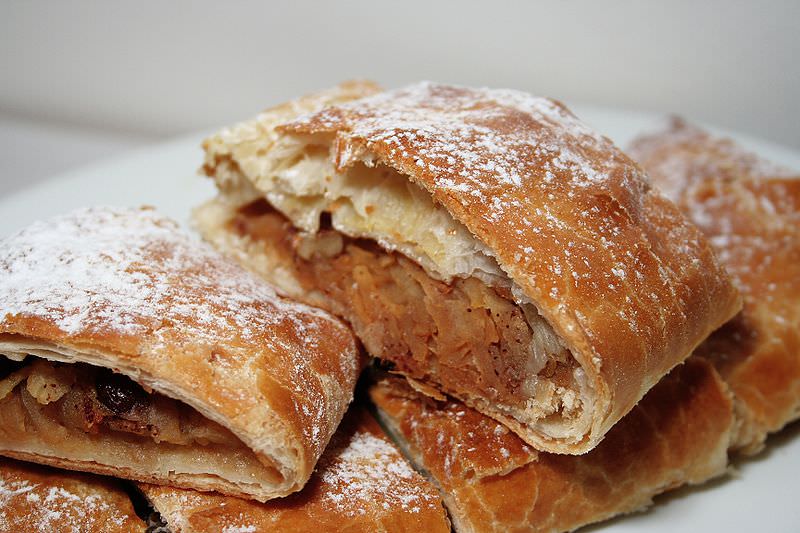 Štrukli – this is a popular pastry that comes with an apple, cheese or berry filling.
Palacinke – these are dessert crepes, served with jams or chocolate spread.
Kremšnite – the kremšnite is a soft creamy custard cake with a crunchy exterior.
Cakes (kolac) – kolac includes all types of cakes, sweet meats and dessert rolls.

All served with a cup of coffee, of course!

My mouth is watering! Thanks for this descriptive post.

Oh, I just love this guide! I was in Croatia September 2009 and am currently writing all about my experiences on my blog. I am actually heading back there this summer to do some more exploring. It is one of my favorite countries I have visited.