Menorca, Spain is best known as a yachter’s dream destination. Private coves and beaches are found all around the island, but if you’re like me and travel mostly by public transportation, rest assured you’ll find plenty to explore on Menorca’s terra firma, too.  These are just a few of the places to visit on Spain’s less frequented of the Balearic islands.

The starting point for my day-long adventure begins in Ciutadella, the islands second city. Once home to Menorca’s royal family, the buildings found in the Old Quarter speak to the city’s dual role as its religious center and as the seat of several previous governments. 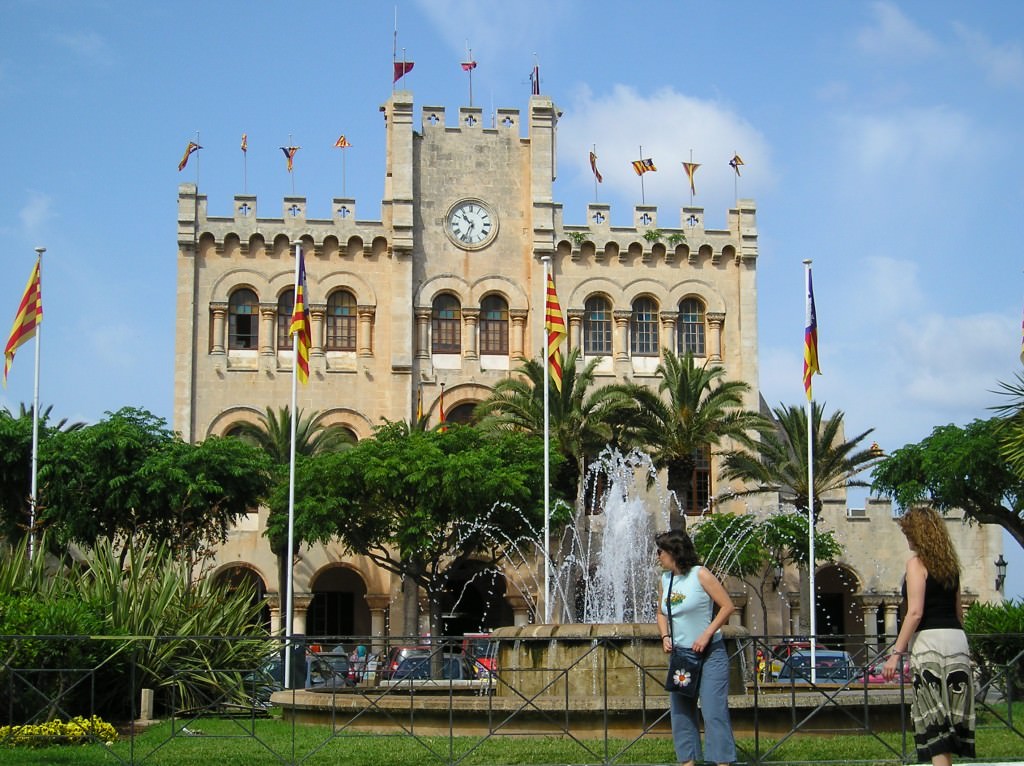 The Cathedral of Menorca has acted as the city’s spiritual heart since 1287, when it was built on the site of a Moorish mosque. The original structure collapsed during an attack in 1558 by Barbarossa’s Turkish navy but was later rebuilt in the same “ogival art” style, with a wide nave, six chapels, and a five sided apse balancing out the interior space.

Down the avenue, Ciutadella’s town hall is located next to the city’s razor-thin harbor and dominates a central square where public festivals, including the island’s largest, the Festival of St. John, are held throughout the summer. It was originally built as a palatial home for an Arab governor and was later inhabited by the Crown of Aragon until 1722 when, under British rule, Menorca’s government was moved to Mahon and the building was turned over to Ciutadella’s local authorities. 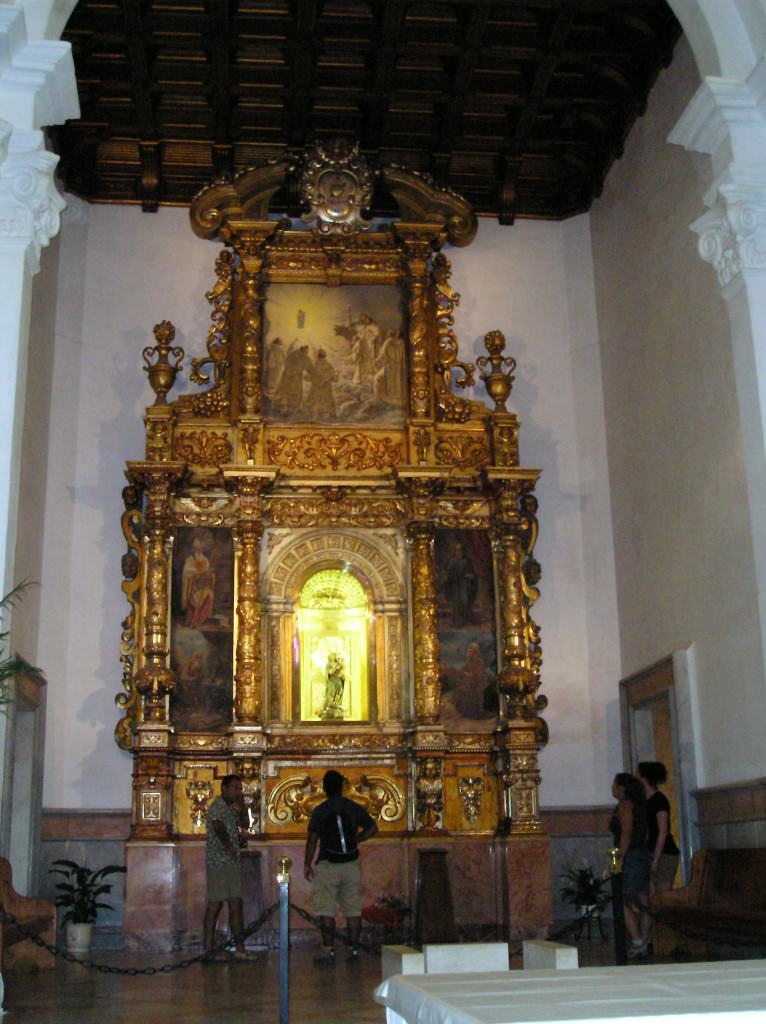 Statue of the Virgin and Child in Monte Toro

My next stop was Menorca’s highest hilltop, Monte Toro, at 1,170ft or 358m. I was greeted at its peak by a monumental statue of Christ that stands in the courtyard of the 17th century sanctuary, Verge del Toro.

Inside, you’ll find the famous statue of the Virgin and Child at the center of a two-story, Baroque altarpiece. During the Spanish Civil war it was secreted out of the area by farmers to avoid looters or desecration by invaders. Don’t leave Monte Toro without taking a look across the landscape from the defensive wall and watchtower that was once part of a 13th century Gothic church. You’ll be able to see all the way to the north shore where my next stop points a finger towards Europe. 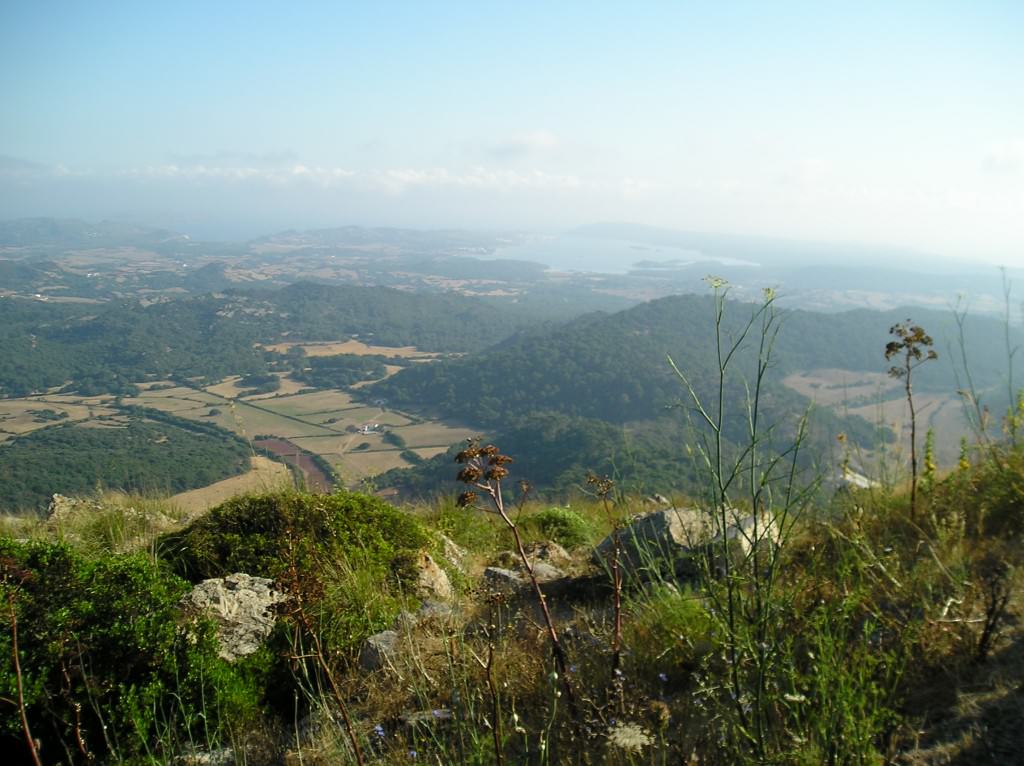 Cap de Cavalleria, a peninsula jutting due north into the sea, contains several archeological sites that tell of Menorca’s long history as an important port-of-call to ancient mariners. 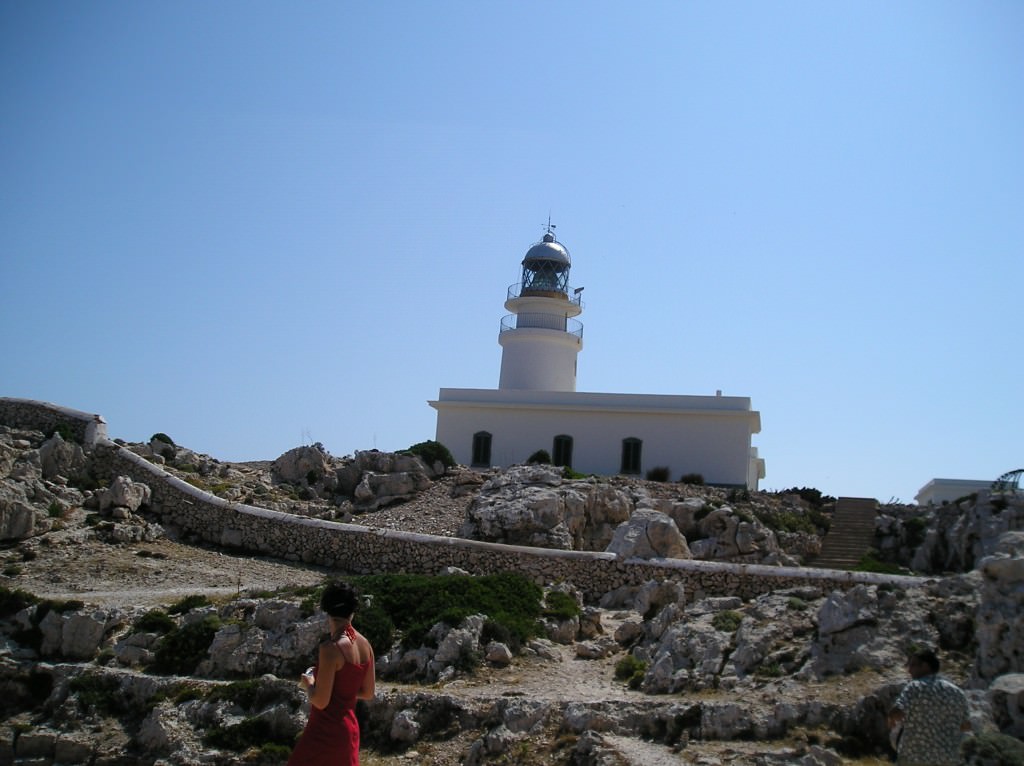 The first excavation site you’ll come to is the Roman port, Sanisera, and its necropolis. Currently undergoing excavation by the Ecomuseum de Cavalleria, a collection of artifacts dating from the 1st and 2nd centuries has been unearthed and is on display inside the museum’s exhibition room. Of particular interest are bullet shaped rocks that were used by Menorcan soldiers conscripted into the Roman army as sling-shot specialists. 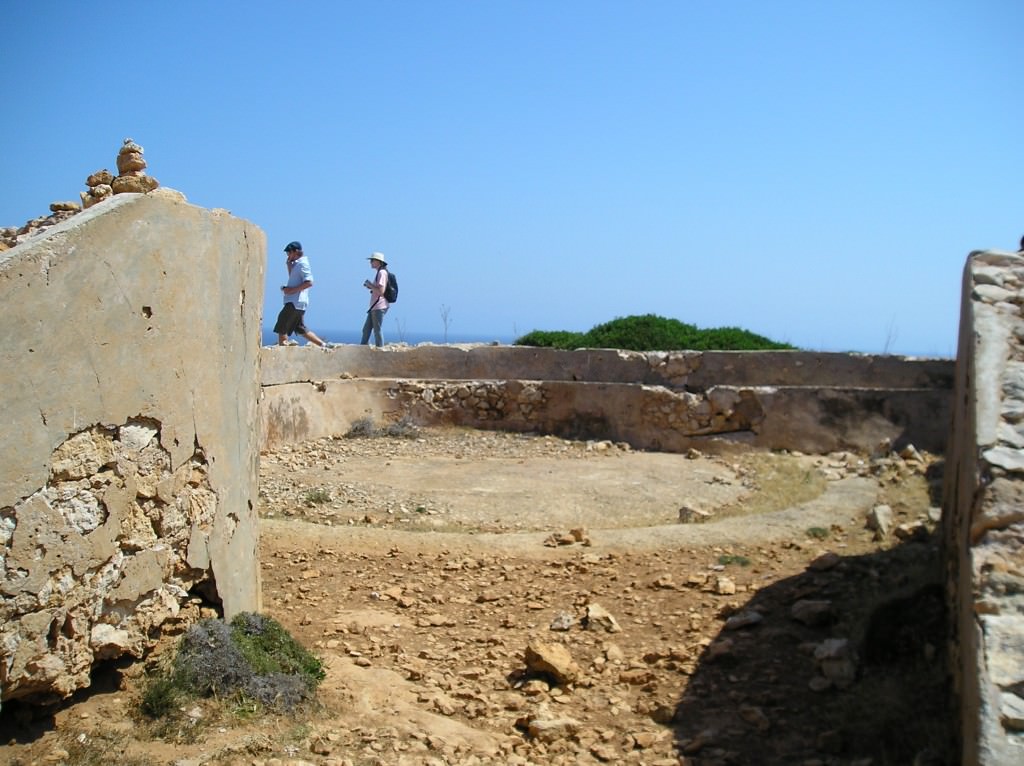 A path leading down to the excavation site takes you to the foundations of several buildings dating from 123AD to circa 600AD and from there you’ll be able to see one of the twelve Martello towers constructed by Sir Charles Stuart during the British occupation on the opposite side of the narrow port.

At the very tip of the cape is a nineteenth century lighthouse still in use today. Its light guides sailors around the rocky island as they travel to and from the Strait of Gibraltar and back and forth from Africa to Europe. Off to the west a crumbling Spanish Civil War battery continues to look out over the peaceful waters.

My last stop takes me to the coastal town of Fornells, a natural port with a long history as one of the most active commercial fishing hubs on the island. With only a thousand local inhabitants, it’s a welcoming, close-knit community with a great culinary reputation, so be sure to try their legendary seafood stew while you’re there. And, don’t forget to look up where you’ll notice a particularly telling architectural feature on the buildings all around you. Sash windows, an innovation rarely seen in other Spanish cities, were introduced during the British occupation of 1798 and are found on a large number of Fornells’ buildings. 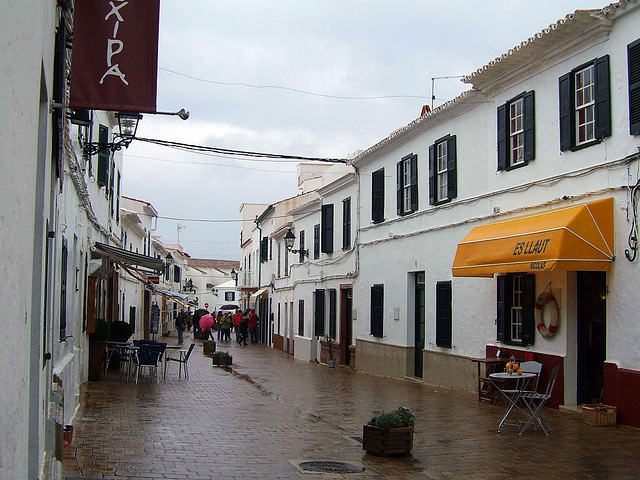 And with a full stomach and a new appreciation for Menorca’s long-standing history in trade, I returned to Ciutadella. Menorca’s interior is often overlooked by tourists but, as I found out on my day of exploration, the island’s heart is as beautiful as its celebrated shoreline and shouldn’t be missed.

Ecomuseum de Cavalleri
Open every day; 9.30am to 8pm in April, May, June, and October;
10:00am to 7:00pm in July, August, and September –
General Ticket Price: $4 US and 3 € for those over 8 years old.
Guided visits and reduced prices for school and/or other groups.
The museum contains an exhibition room, library, reception, shop, cafeteria and toilets.

Written by and photos by Guest Contributor, Dena Weigel Bell for EuropeUpClose.com

Dena Weigel Bell holds a Bachelors of Fine Arts and has participated in several study abroad programs, exploring the cultural history of over thirty countries in Europe, the Middle East, and Asia. She continues to travel for pleasure, learning many new things on each adventure and writing about them at www.denaweigelbell.wordpress.com.

Menorka Island seems much curiosity creator for me! Cap de Cavalleria seems good one to visit in evening with the fellow members of Group ! Thanks